Giselle in 3D on the Big Screen 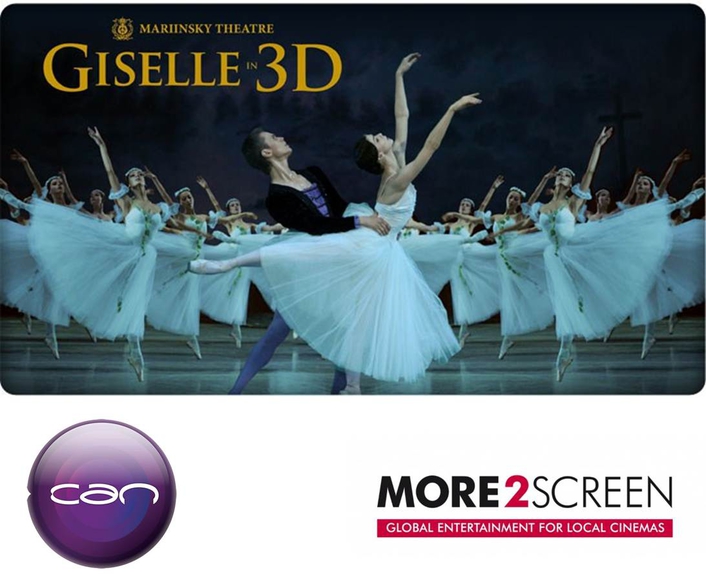 Giselle was filmed and produced by CAN Communicate and distributed by more2screen
GISELLE IN 3D from the historic Mariinsky Theatre in St. Petersburg is the world’s first 3D ballet and was screening at cinemas across the UK on March 29th and April 3rd. This exquisite, classical ballet has been filmed in 3D to create a pixel-perfect production which captures the movement of a world-class performance in a new and mesmerising way. The corps de ballet fan away from the viewer and the prima ballerinas dance with stunning realism, giving cinema audiences worldwide a ‘best seat in the house’ experience wherever they happen to sit.

The beautiful production from the internationally acclaimed Mariinsky Theatre stars Natalia Osipova as Giselle and Leonid Sarafanov as Count Albert. Telling the story of a simple village girl who falls deeply in love with a dashing prince disguised as a peasant. The idyllic pastoral scene is shattered by an act of betrayal and the ensuing heartbreak. In the ballet blanc second act, Giselle haunts the stage with her host of vengeful spirits, but ultimately the strength of her love transcends even death and bestows forgiveness upon her repentant lover.

As the first ballet company to embrace 3D technology, Valery Gergiev, the Artistic Director of Mariinsky Theatre, believes it’s the future for all productions: “It is important as theatrical companies that we all try daring projects. This will be a progressive move to ensure that the future of ballet and opera is never questioned”.

Giselle in 3D was filmed and produced by CAN Communicate and distributed by more2screen.