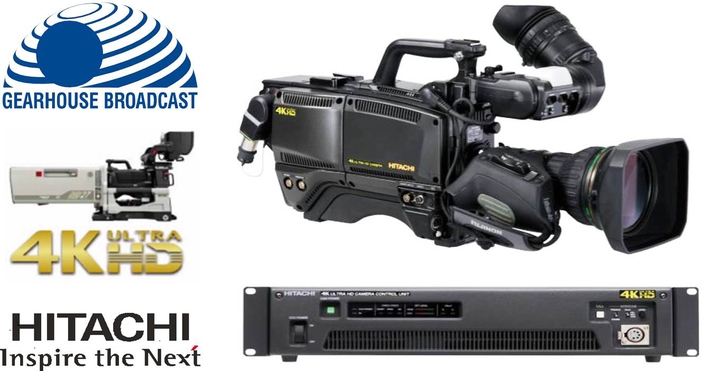 Gearhouse Broadcast, which already has a sales partnership with Hitachi for its broadcast production cameras, expects to take delivery of the first batch of the SK-UHD4000 by December 2014. The first usage will be at the 2015 AFC Asian Cup international football tournament which takes place in Australia in January 2015.

Commenting on the deal from IBC, Gearhouse Broadcast's CEO John Newton said, "This camera and order represents not only an investment in cutting edge technology but also sound commercial sense for Gearhouse and for our broadcasting partners around the world.”

The SK-UHD4000 is a broadcast 4K ultra-HDTV camera system which can take the 2/3-inch B4 mount lenses used in conventional HD broadcast cameras, meaning that Gearhouse can continue to use its existing stock of Canon lenses. Equipped with newly developed 2/3-inch CMOS sensors, the camera can produce video images with high sensitivity and high resolution. It can output HD and 4K video signals separately, which means that it can be used in the current HD environment and capture archive material in 4K and be ready to transition to 4K as soon as demand arises.

Gearhouse will use the new cameras in its new 4K OB truck which is currently being built for its Australian business, as well as a new 4K truck planned for the US. The rest will be used across its UK-based specialist systems integration, projects and rental divisions.