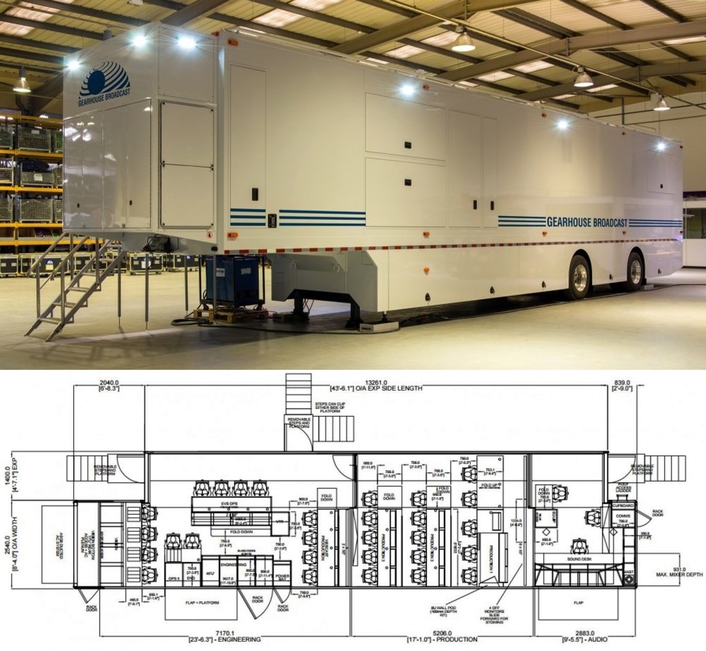 At the 2017 National Association of Broadcasters (NAB) Conference, Gearhouse Broadcast USA will debut Columbus, the first mobile unit based in the U.S. to feature a full 4K monitor wall, “one button” hydraulic deployment, and integrated RF (mast included), among other unique attributes.

At the 2017 National Association of Broadcasters (NAB) Conference, Gearhouse Broadcast USA will debut Columbus, the first mobile unit based in the U.S. to feature a full 4K monitor wall, “one button” hydraulic deployment, and integrated RF (mast included), among other unique attributes.

The arrival of Columbus reinforces the company’s increased commitment to ongoing expansion in North America. With the addition of this premier production solution, Gearhouse Broadcast USA augments its wide range of existing offerings for broadcasters, studios, networks and production companies throughout the U.S., Canada, Latin America and Caribbean.

“Columbus was developed with the current and emerging needs of the U.S. market in mind, based on our experience here as well as from what we have learned with advanced mobile units in Australia,” says Gearhouse Broadcast CEO and Founder John Newton. 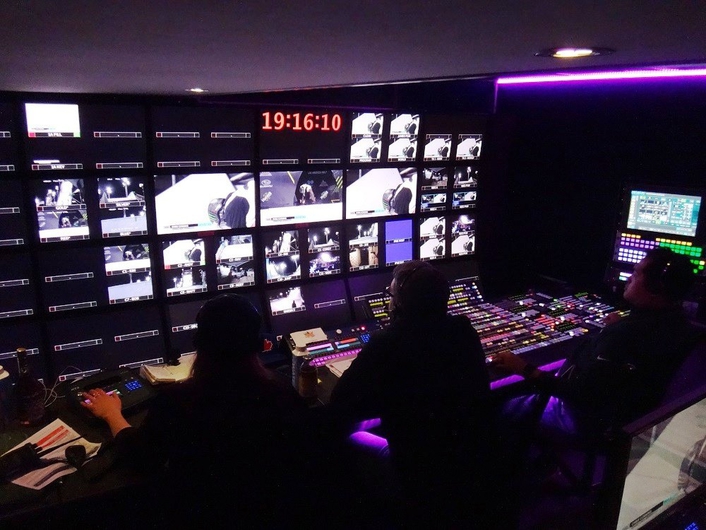 Gearhouse Broadcast to Showcase Latest Offerings at the NAB2017 Show

The mobile unit is IP-ready and equipped with 24 Boland 4K monitors in the main control room monitor wall – driven either as quad splits or single input 4K monitors from the main router – giving total flexibility in HD or 4K. It also features 16 Sony HDC-4300 4K/HD cameras with the capability to add an additional six RF cameras or a further four Sony HDC-4300s. Hitachi SK-HD1200 camera systems will be deployed for applications outside of 4K.

Columbus’ master systems control (Lawo VSM) gives operators ultimate control, and maximum flexibility, with Wi-Fi tablets available to control and assign sources and monitoring in the various operational areas, including the monitor wall. This facilitates the initial set-up of the unit for production and allows the operators to very easily make changes during production with just “one touch,” rather than having to re-route video, audio and control features independently. 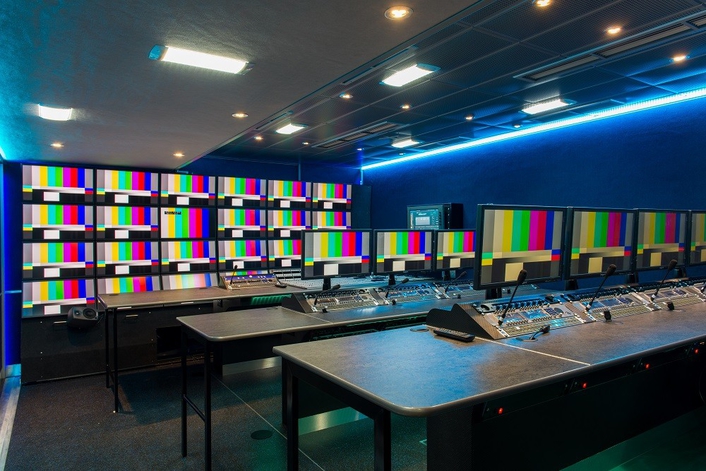 Columbus was built by renowned specialist coachbuilder A Smith of Great Bentley (ASGB Ltd), per the design and under the oversight of Gearhouse’s System Integrations team. Its spacious layout features adjustable monitors in the main control room, as well as over-specified air conditioning that is both efficient and quiet. Operators have the ability to change level and color of the interior lighting scheme as well.

“We loaded Columbus with powerful video and audio multi-format capabilities, so directors, producers, engineers and operators can work with ease and in a comfortable environment,” says Marc Genin, managing director, Gearhouse Broadcast USA. “For high-pressure, live broadcast situations, this truck gives productions the ability to adapt quickly. The mobile unit is automatically deployed and leveled via remote controlled hydraulics with no physical intervention required, and its technologically advanced infrastructure provides every level of service for broadcasters’ needs.”

Three weeks after its arrival and final commissioning in Los Angeles, Columbus was put to the test at a major event in downtown L.A. “That weekend saw one of the biggest storms in 12 years to hit Southern California, bringing heavy rain and high winds,” recalls Genin. “The truck was hammered, but there wasn’t a drop of water anywhere and production continued as normal. It performed beyond expectations, proving our technical expertise and design acumen is a force to be reckoned with, even when up against Mother Nature.” 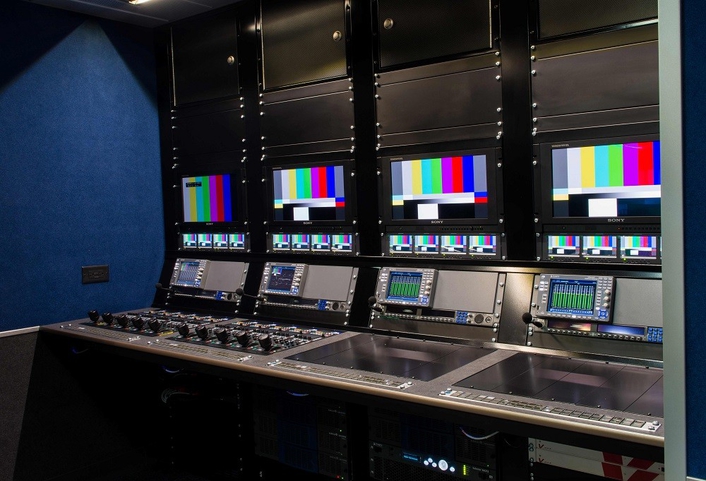