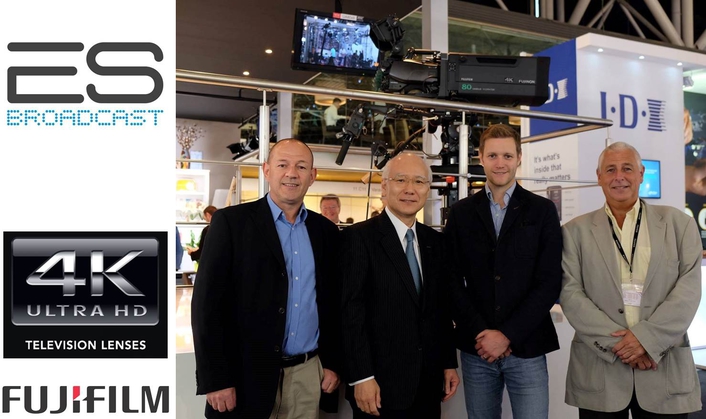 This  is the latest order in a row of recent acquisitions for the newly developed FUJINON 2/3-inch 4K UHD lenses, it can be viewed as a clear indicator that the TV broadcast market migration to the new 4K UHD format is picking up pace. The signing parties were represented by the owners of ES Broadcast Mr.Taggart, Mr. Saunders, Mr. Toru Takahashi (Director, Senior Vice President & General Manager Optical Device & Electronic Imaging Div.) at Fujifilm Corporation and Fujifilm UK Sales Manager Mr. Ian O’Connor.

Mr. Ian O’Connor (Sales Manager – Optical Devices Division UK) stated: ”Fujifilm delivered the most advanced 4K UHD optical technology on the market to date which includes an extensive after sales service commitment to all of our clients”. 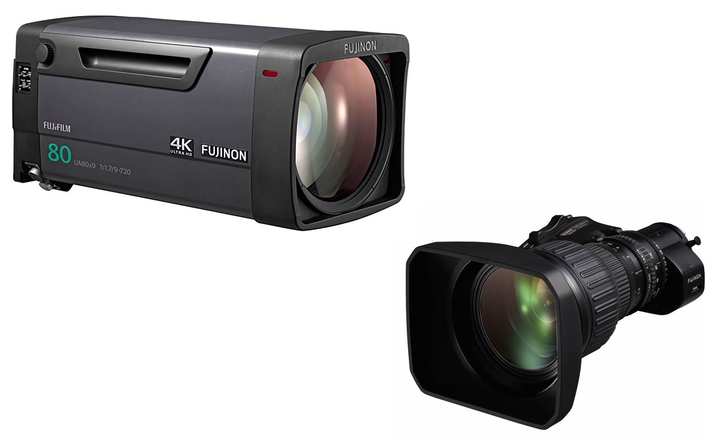 With stock of multiple camera channel variations, VTRs, lenses and your pick of grip, this addition of FUJINON 4K UHD lenses makes their inventory incredibly strong for the European OB Market.

The twenty-six (26) lenses are due to be delivered at the end of this month with the booking diary already filling fast for the first rental jobs in Europe featuring the UA80’s and UA22’s, Fuji’s first 4K live production lenses.