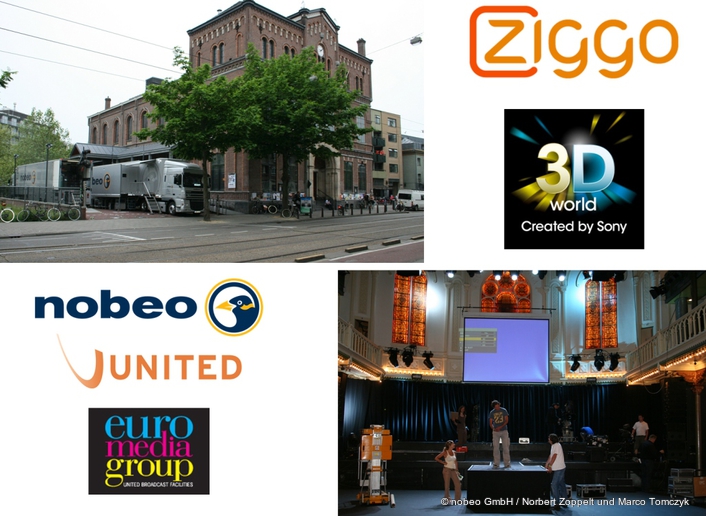 Political Debate in 3D from the Paradiso
On June 6th, the Dutch cable operator Ziggo and Sony produced the first ever live broadcast in the Netherlands. The renowned venue – Paradiso played host to the leaders of the major political parties before the general election on June 9th. 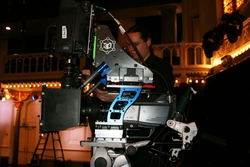 Not only was this the first ever 3D live broadcast in the Netherlands, it was also the world premiere broadcast of a political programme in 3D and 5.1 surround sound.

Viewers of Ziggo’s digital channel 15 were able to watch the political debate from 18.30 to 24.00 h in 3D. The event, produced by Public Broadcaster BNN, was also broadcast in regular SD 2D quality by BNN via channel Nederland 3 as well as on public digital channel Politiek 24.

At the same time, the debate at the Paradiso between Dutch politicians Job Cohen, Mark Rutte, Femke Halsema, Alexander Pechtold and Lot Feijen which included audience participation, was shown at the same time on location in a Sony-VIP-Showroom on 3D monitors. 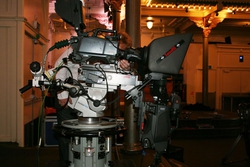 nobeo’s Dutch sister company United Broadcast Facilities (UBF) provided facilities for the TV production and nobeo was on location with OB truck – “nobeo 1” to facilitate the 2D simulcast with five LDK 8000 cameras for UBF. The second production area of “nobeo 1” was equipped with 3D monitors for the 3D production. Eight Sony HDC-1500 cameras on four rigs (Swiss Rig and Element Technica) were used for the 3D production along with four EVS XT[2] systems and eight X-files. The 3D graphics were produced by the graphics system "Xpression" in the OB truck.

The live broadcast via satellite utilised UBF’s HD SNG. BNN received each of the four “left” camera signals from the four 3D camera pairs. These signals were combined with the five camera signals from the regular 2D production. Following the live broadcast the editing was carried out on site in nobeo 1’s utility truck. The finished programme was then transmitted via SNG and satellite to BNN.