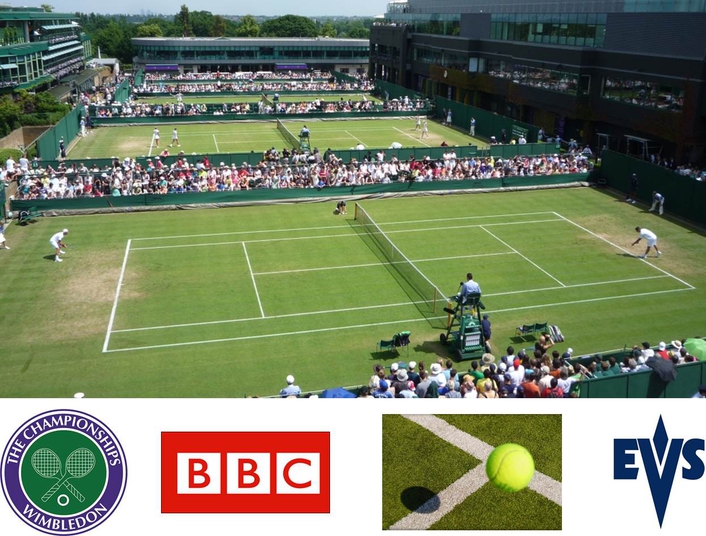 EVS to record 3D matches and to supply instant access to archive of previous Wimbledon Tournaments
EVS will once again deploy its industry-leading production solutions at The All England Tennis Lawn Club Wimbledon Championships, working with various partners to provide major international broadcasters, including BBC Sport, with host broadcast services. EVS servers will also record the first ever 3D coverage of the gentlemen’s and ladies’ Wimbledon finals and, working alongside partners IMG Media and Timeline TV, EVS will provide instant searchable access to archive footage from the last four Wimbledon tournaments.

Since 2007, Timeline TV has provided a large host broadcast solution for the Wimbledon tournament based around EVS servers and EVS IPDirector production management tools. This year the company will utilise 16 HD EVS XT series servers to record every televised match, and more than 60 EVS IPDirector terminals to manage ingest control, content management, metadata management and on the fly editing. 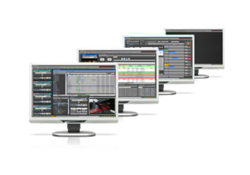 Each point played will be logged in IPDirector, with the logs combining live statistical information from the on-court scoring system and producer-entered classifications to provide colour to the edits, such as shots of players’ actions between points and close-up reaction shots of the crowd. The EVS system is also directly linked to the Wimbledon scoring system, giving producers access to instant statistics such as rally count, speed of serve, type of serve and winning shot. Producers and editors will use the IPDirector terminals to search for court action and either send the media to their chosen edit platform or directly to EVS servers for playout.

Daniel McDonnell, Managing Director, Timeline TV, comments, “Throughout the workflow there is a huge amount of data constantly having to be processed, managed and stored. With the reactivity and reliability of the EVS systems, the content is secure for the entire duration of the tournament. In addition, the IPDirector suite is highly configurable to create any bespoke system that the client requires”.

Timelime TV is also offering broadcasters an exciting new service this year, providing instant access to highly searchable archive footage from all televised matches from the 2007-2010 tournaments, including supporting material such as press conferences and crowd shots. IMG Media, a division of global sports, fashion and media company IMG Worldwide, which owns the rights to the Wimbledon archive, will allow access to the fully logged footage on its own EVS servers in Chiswick, West London, directly from Timeline’s IPDirector terminals on location in Wimbledon. The archive material will give producers and editors a wider choice of footage than ever before, and the speed of the search tools will allow for fast turnaround edits and packages.David Shield, Senior Vice President, IMG Media, comments, “The central Wimbledon archive relies upon on the resilience and speed of EVS technology. This year we are pushing it one step further by offering instant access to past tournament footage, which no event has done before. To be such an important part of the process we had to have a system that is 100% reliable, with a fast turnaround and excellent technical support – and that is what we get with EVS”.

Several EVS servers will also be installed in NEP Visions’ Gemini OB units which are providing host OB technical facilities for the tournament, including the feeds from the first ever 3D broadcasts of the gentlemen’s and ladies’ finals.