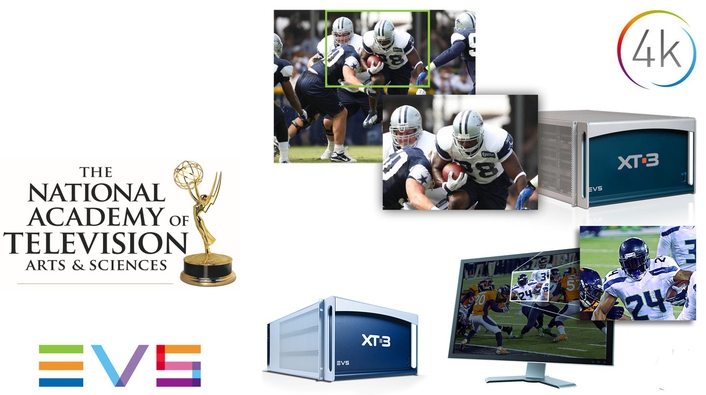 EVS, the leader in live video technology for broadcast and new media productions, today announced that it has earned an Emmy® Award for Technology and Engineering from The National Academy of Television Arts and Sciences (NATAS). The award recognizes EVS’ groundbreaking work in 4K replay technology and its Epsio Zoom solution.

Epsio Zoom gives operators the unprecedented ability to broadcast every detail of live action from multiple cameras, enabling operators to zoom into a particular section of a picture and prepare engaging clips for playout during live events. Whether using UHD-4K cameras or zooming into existing HD SuperMotion content, Epsio Zoom works with all formats and content types, allowing operators to create dynamic replays at high frame rates, freeze key actions, and zoom into critical plays with the highest level of detail.

“We’re living in a time of realism and intensity,” said Laurent Petit, VP, Product at EVS. “Tools like Epsio Zoom are critical to making the viewing experience—whether from a stadium seat or living room sofa— as exciting as possible. We’re extremely proud that we’ve been honored with an Emmy Award for this innovation.”

Epsio Zoom systems are currently in use for major live events, at stadiums and arenas, and by top broadcasters around the world, including extensive deployments in the United States, Japan and Latin America. In addition to implementations at many of the National Football League’s new venues in the US, FOX Sports used the solution for first-time 4K coverage of several key holes of the US Open golf championship. It was also integral to this year’s Super Bowl coverage on CBS. 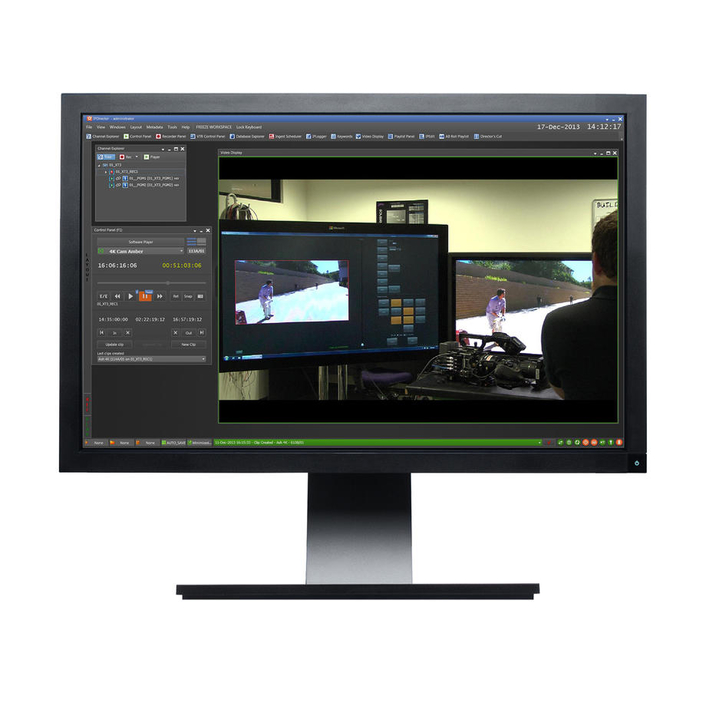 Epsio Zoom is part of the Epsio suite of tools that adds functionality, including effects, telestration and graphical overlays, to EVS’ industry-leading XT3 production server platform.

Recipients of the 68th Annual Technology and Engineering Awards will be honored on January 7, 2017, at a ceremony held at the Bellagio Hotel in Las Vegas during the Consumer Electronics Show (CES).

About The National Academy of Television Arts & Sciences
The National Academy of Television Arts & Sciences (NATAS) is a service organization dedicated to the advancement of the arts and sciences of television and the promotion of creative leadership for artistic, educational and technical achievements within the television industry. It recognizes excellence in television with the coveted Emmy® Award for News & Documentary, Sports, Daytime &, Daytime Creative Arts, Public & Community Service, and Technology & Engineering.  NATAS membership consists of over 16,000 broadcast and media professionals represented in 19 regional chapters across the country. Beyond awards, NATAS has extensive educational programs including Regional Student Television and its Student Award for Excellence for outstanding journalistic work by high school students, as well as scholarships, publications, and major activities for both industry professionals and the viewing public.

About EVS
EVS is globally recognized as the technology leader for live video production. The company introduced Live Slow Motion replay in 1994, and has continued to build on its reputation for quality and reliability with solutions that enhance live sports, entertainment and news content. Innovations – such as the C-Cast multimedia platform and DYVI IT-based switcher – are raising the bar for live production enrichment, management and distribution. Broadcasters, rights owners, producers and venues alike use EVS to maximize the value of their productions and increase revenue streams.