DVS: The Phantom Flex 4K Available for Rent in Europe 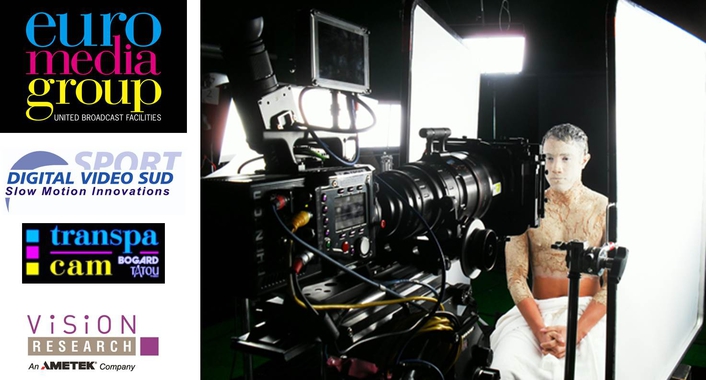 4K resolution at up to 1,000 fps and CineMag® IV support for raw recording
Digital Vidéo Sud, the slow- motion specialist has a range of 18 Phantom cameras and is the first European company to receive the famous Phantom Flex 4K camera from Vision Research. The camera was used successfully by Redkenn Productions on 7 and 8 January at the Abel 14 Studio for a shoot on behalf of Sony.

The DVS technical crews worked with the producer Raoul Rodriguez who is also a specialist in producing specific shots at 1000 frames per second in 4K resolution.

The FLEX 4K camera is also available for rent from Transpacam in Paris, like DVS a subsidiary of the Euro Media Group.

Phantom Flex4K
Designed for the cinematographer, the Phantom Flex4K is a high-speed camera providing exceptional flexibility through its frame rate capabilities and by adapting to different shooting styles. The super-35mm 4K sensor provides sharp, detailed images with extremely low noise and high dynamic range.  The Flex4K is capable of shooting from 15 frames-per-second (fps) up to 1,000 fps at 4K, and up to 2,000 fps at 2K/1080p.

The camera lets you customize the workflow that makes sense for your production. The Cine raw format ensures the fastest high-speed capture on set and maximum quality and versatility for post-production.  Files are saved to the hot-swappable Phantom CineMag® IV (up to 2TB). The three main 3G HD-SDI video outputs support dual-link 4K video and advanced scaling when set to 1080p. Vision Research also has announced plans to introduce in-camera compression via a firmware update in early 2014. 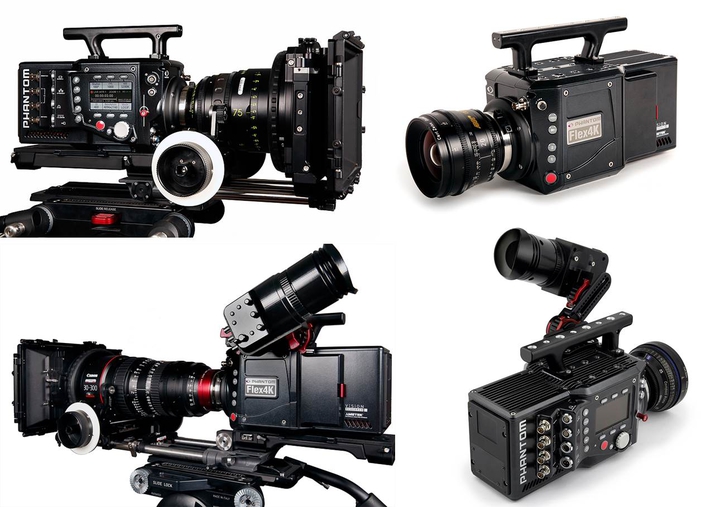 The full-featured on-camera control interface eliminates the need to connect to a computer on set. All camera parameters can be set from the built in menu on the right side of the camera body, and controls for capture, playback, saving and monitoring can be found on both sides.  Shortcuts are available for popular functions and multiple user presets exist to allow for a quick setup.