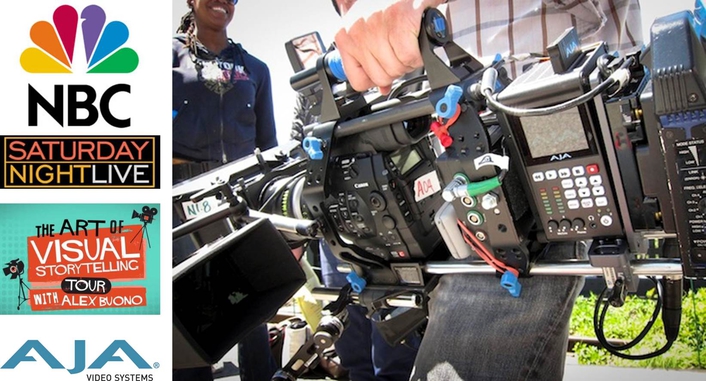 Buono has been working on SNL since 1999, and has recently been experimenting with a variety of 4K workflows on the show’s pre-produced segments. “We love the look of the Canon C500 camera, but with our production turnaround schedule, we don’t have time to deal with processing RAW camera files. We tried alternate 4K recording devices, but Ki Pro Quad is the only one that let us go straight from the camera to ProRes. Not only do we save a ton of processing time, but we’re also chewing up way less hard drive space—uncompressed RAW ties up at least 1TB of storage per hour of footage; with Ki Pro Quad recording to ProRes, we’re down to less than 600GB per hour.” 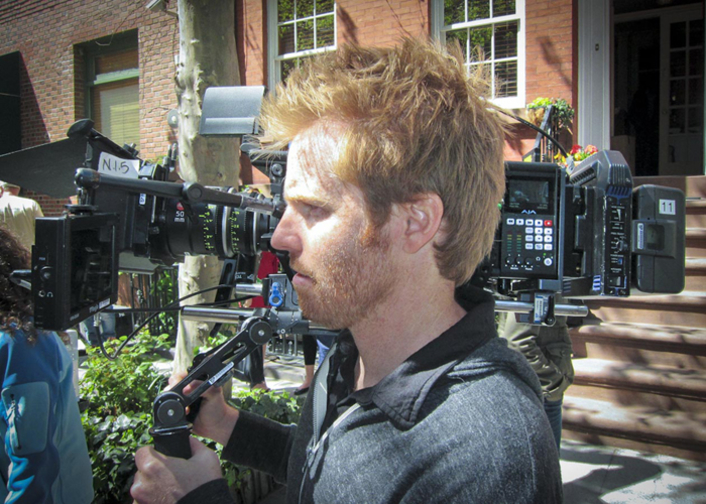 Producing in 4K is important to NBC for production, post and archival purposes. Shooting in 4K today will make rebroadcasts to Ultra HD much simpler when that technology is widely adopted into the home. For NBC, shooting in 4K is a way to future-proof the show; for Buono and SNL Film Unit director/producer Rhys Thomas, the 4K resolution provides great options for reframing shots that today are still being delivered in 1080 and largely viewed at 720. “Other 4K recorders that we tested required a more time-consuming post workflow. We’ve used previous generations of Ki Pro recorders on other projects and they’ve always been easy to use and super reliable. Ki Pro Quad easily mounted to the back rails of the camera and it just worked like clockwork.”

Buono likes shooting with the Canon C500 for its image quality and color accuracy. “One of the biggest compliments I can give the Ki Pro Quad is that the quality of the 444 ProRes files that came out of the unit looked exactly the same as the RAW Canon footage, and we had immediate access to them on set without having to go through hours of processing. To me, that alone makes using Ki Pro Quad a no brainer.”

This summer, Buono is embarking on a two-month speaking tour, The Art of Visual Storytelling, starting on June 3, 2012. He will be leading attendees through a practical workshop of shooting and producing video content in fast turnaround environments using examples from his 14 seasons on SNL as well as his feature film and documentary work. The 31-stop tour across the United States will provide hands-on access to shooting with Buono's broadcast production set-up including a Canon C500 camera, AJA Ki Pro Quad, Movi stabilized camera gimbal and more.