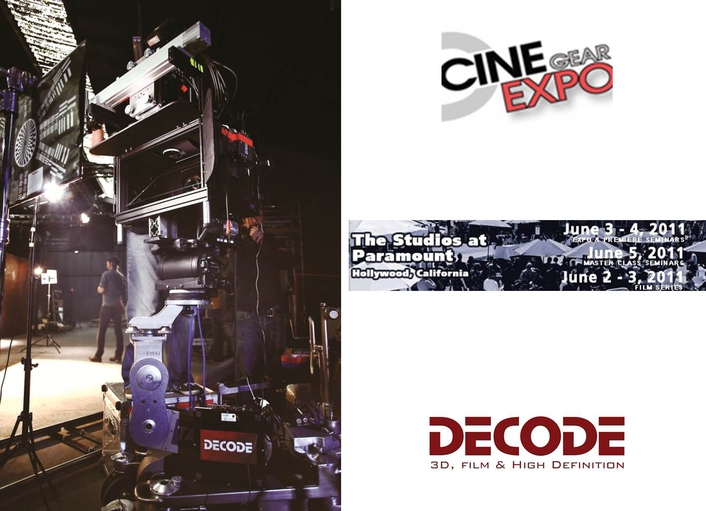 D-REX is a large 3D rig for full size cameras such as Arri ALEXA, RED, fully loaded RED EPIC, and other large broadcast cameras. It is the first UK designed and built rig for these cameras.

D-RAPTOR is a smaller rig for cameras such as the Sony EX3, Sony F3 and similar.

Company MD, film and TV director Samuel Martin explained “We’ve developed these rigs over the last 15 months. We wanted to be able to provide a large number of rigs into our fleet - rigs that would be easily convertible between active and passive, and most importantly would not flex, an issue we experienced with all other rigs at the time we started.  In addition, I wanted to keep the rental cost down to an affordable level.”

Both new rigs offer a range of important features

• Fully adjustable in all axes of alignment - innovative design means the rig is always ready to adjust, and yet always locked solid. Alignment won't shift during small changes, making it extremely accurate. The solid, robust build means it's possible to do a full 180 degree tilt with no noticeable image shift.

• The structure built around the mirror box means all accessories added to rig are close to centre of gravity, for better balance. Easy to remove mirror for easy cleaning and safe transportation.

• Inwards facing cameras means all buttons are easily accessible by the operator.

• All tilt/roll/height adjustments are accessible from one position, to avoid conflicting with the operator during line-ups.

• The rigs will be sold in standard configuration as passive rigs, with the option to include PRESTON/ cmotion wireless interaxial and convergence controls within a matter of seconds.

The prototype rigs have already been used with great success to shoot:

DECODE will have its own booth at Cine Gear, booth 5. Samuel Martin will demonstrate the rigs, along with a stereographer and a rig tech, both with years of experience in the field, and who also helped develop the DECODE rigs. DECODE will be open to discuss U.S. distribution. Rig availability from June 2011, 4 weeks delivery on any order size. Leasing options also available.

Founded by Film / TV Director Samuel Martin in 2004, DECODE is a London-based rental and sales specialist in high end 3D, HD and 4K equipment for the film and television industry.

Investing heavily in 3D over the last two years, they are now developing their own brand 3D rigs and 3D tools for theatrical and TV production. The extensive range of equipment, maintained and tested to the highest standards, allow them to efficiently fulfil requests for most HD and 4K cameras and formats, HD and 35mm lenses, dollies and other accessories.

They also offer 2D and 3D support, including logistics and implementation, to long term productions and feature films requiring assistance and advice during pre-production and production.

Sixteen 3D Rig Manufacturers - An Overview
P+S TECHNIK 3D Rigs Played Key Role in the First Live Broadcast of a 3D Concert Event Ever
3D: The art of the 21st century
3ality Digital Takes the Headache out of Live S3D