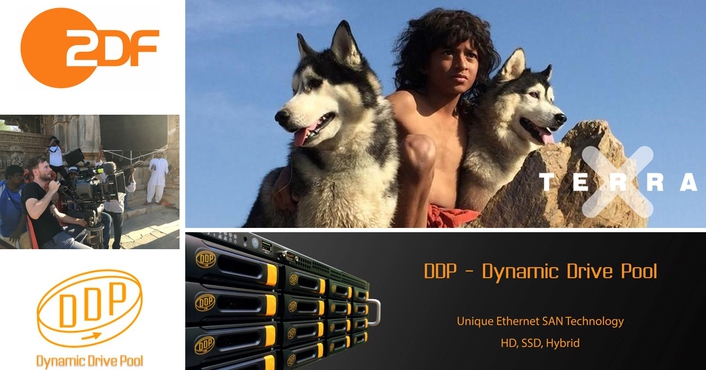 With the documentation „Terra X: Mythos Wolfskind“, German Broadcaster ZDF presented its first 4K in-house production (first broadcast in September 2016). Moreover, additional scenes were shot in VR/360° format. This VR version was also completely recorded in 4K and the final film composed of 360° and 2D images. The entire post-production in ZDF’s in-house editing room was realized on a DDP Ethernet SAN shared storage server of Dutch manufacturer Ardis Technologies with the DDP being used as central storage in a highly mixed post-production environment.

For the 4K version, the raw data of various cameras (including Sony F55, Sony F65, Phantom Flex) were delivered on external hard drives and copied to the central DDP storage. The raw data also consisted of different frame rates, as the documentary parts were recorded in p50 and the reenactments in p25. With the DDP as central production system, first of all an UHDp50 project was created with Avid Media Composer. Subsequently the raw data were transcoded in DNxHR HQX for further editing while retaining their respective frame rates.

In addition to Avid Media Composer for editing, Red Giant’s PluralEyes software, Adobe After Effects, as well as a Baselight system and in the meantime DaVinci Resolve were used. With the Baselight system, which directly accessed the raw files on the DDP, both color and HDR corrections were performed in 10-bit color space. For final use, the following resolutions and color spaces were produced: UHDp50 in BT.709, in BT.2020 and BT.2020_2084 (UHD). The TV version was broadcast in the 720p format with a stereo as well as a 5.1 sound mix in the BT.709 color space, while the internet version was available as a full 4K version in HDR 10 for download.

The ZDF also produced an additional 12 minutes version in 360°/Virtual Reality. For this, the raw data of various GoPro cameras (which were used on set in rigs with 2 and 6 units) were collected centrally on the DDP storage for further processing. The stitching took place externally with Kolor’s AutoPano Video and AutoPano Giga. In the further editing process on the DDP, Avid Media Composer, Blackmagic’s Fusion and FilmLight’s Baselight grading system were used. In addition, a 7.1.4 sound mix with Pro Tools was created for the 4K version as well as for the VR version. The 360°/VR version was provided in 1K, 2K and 4K resolution for download on ZDF’s website. 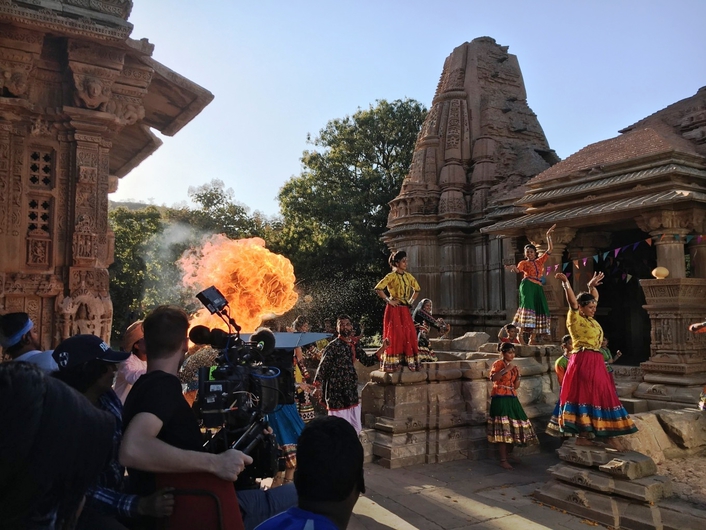 The data volume of the raw files was approximately 27.8 TB, while the total data volume including all transcode and render data reached in the meantime more than 50 TB. Thanks to DDP’s high performance, a consistently flawless processing of the DNxHR HQX files could be guaranteed.