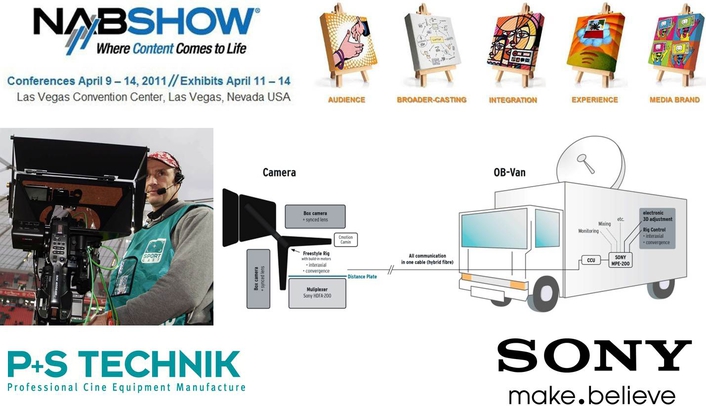 That’s how it works

· The Motors (convergence and interaxial) of the P+S TECHNIK Freestyle Rigs are connected to a Cmotion Cam in.
· The HDFA-200 multiplexer box is compactly built under the Freestyle Rig Setup. The whole setup is totally balanced and can go on a regular (250) tripod.
· The Cam in of the Freestyle Rig , 2x synchronized broadcast zoom-lenses, video signals, genlock, return and power are connected to the Sony HDFA-200.
· Only one hybrid-fiber cable goes from rig to OB-Van/vision control. No power cable or wireless connection necessary.
· In the OB-Van/control room everything can be controlled through the CCU and MPE-200. The stereoscopic rig-parameters as well as the initial calibration can be handled with the MPE-200. 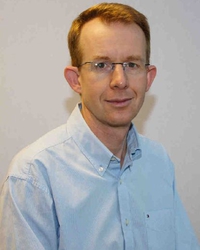 “The combination of the Sony HDC-P1 cameras, HDFA-200 fibre adaptor, MPE-200 3D processor and the P+ S TECHNIK Freestyle Rig are an ideal solution for broadcasters wanting a compact 3D camera set-up. By simple integration of the cameras, fibre adaptor and rig itself it is just a single fibre connection back to the control room from where the operator has full control over both the rig and cameras making it not only very compact but also very easy and quick to install, in fact ideal for OB usage.” says Andy Hotten, product specialist group leader for live production at Sony Professional Solutions Europe in Basingstoke, UK.

“The new broadcast integration with the Sony MPE-200 reduces manpower and tangled cables to an absolute minimum. Thanks to the P+S TECHNIK Freestyle Rig with integrated multiplexer and small box-cameras, the whole 3D-setup is not larger than a regular 2D setup. This means that the people in front and behind the camera are not disturbed by huge “3D-towers” of equipment.” says Florian Schaefer, product specialist 3D at P+S TECHNIK, Munich.

The compact 3D broadcast live control integration works perfectly with the Freestyle Rig, but also with the Standard Rig when using a Cmotion cam in and compatible motors. The live control will be available from May 2011.

A passion for innovation and exceptional pictures – that’s the maxim of P+S TECHNIK, the Munich-based manufacturer of top end professional film equipment. Since its founding in 1990, P+S TECHNIK has blazed new trails in camera manufacturing, emphasizing technological precision and successfully making the best technologies even better. That way, pictures become more ambitious, more unique and more thrilling: everyday images turn into exceptional pictures. By constantly cultivating close relationships with prominent DoPs and influential producers, P+S TECHNIK has established itself as a competent and experienced partner for the film, television and advertising film industries. In 1999, P+S TECHNIK began developing and manufacturing products for the field of digital cinematography, later starting to produce digital film cameras in 2006. Together with 3D pioneers, P+S TECHNIK has dedicated itself to the development of technologies for the production of realistic stereoscopic imaging for film and television. Also, the company has become the technology leader in designing and manufacturing professional 3D rigs.