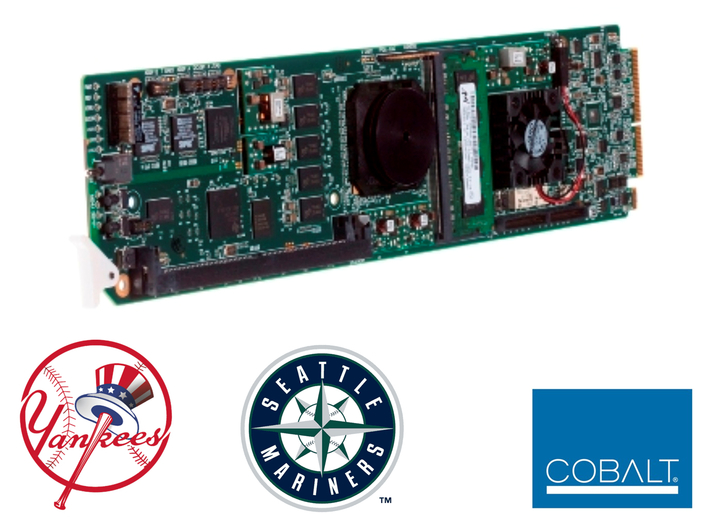 “We wanted a ‘one card does it all’ solution for 3gb applications in 1080 3D work, and the Cobalt Digital 9901-UDX models give us exactly what we need,” said George Hoover, Chief Technology Officer for NEP Broadcasting.

NEP used the 9901-UDX’s to frame sync incoming signals for the 3D production. Two copies of a 2D signal were created and an illusion of depth was generated by pixel shifting the right eye feed. The UDX then up-converted the left and light eye signals to 1080p for 3D monitoring.

The units were first used on NEP’s recently refurbished SS31 for the 3D production of two Yankees / Mariner’s games on July 10 & 11. The redesigned SS31 has been fully equipped with the latest 3D options. The converters were next utilized on NEP’s SS32, the company’s newest 3D production truck, as it debuted at the 2010 Major League Baseball Home Run Derby on July 12 at Angel Stadium in Anaheim, CA, followed by coverage of the All Star Game.

Cobalt Digital Inc. designs and manufactures award-winning 3G/HD/SD conversion gear for the broadcast television environment. Distributed through a worldwide network of dealers, system integrators, and other partnerships, Cobalt products are backed with a 5-year warranty. For more information, visit