CBS Sports, Panasonic and USTA Team Up To Present 2011 US Open in 3D 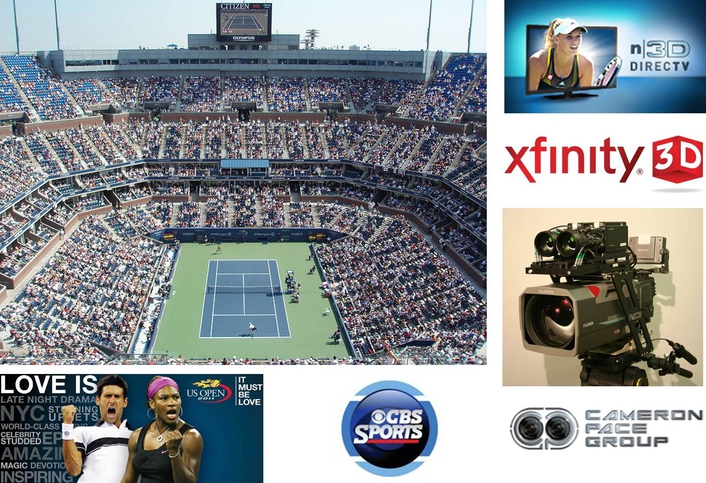 CBS Sports’ 3D telecasts of the 2011 US Open will again be available on DirecTV’s channel 103, “n/3D Powered by Panasonic.”
The USTA announced that Panasonic, a global leader in 3D broadcast technology, will once again work with CBS Sports and the USTA to broadcast the US Open Tennis Championships in 3D for a second year.  This year’s 3D broadcasts also will extend to coverage of CBS Sports’ matches from Louis Armstrong Stadium.

CBS Sports will serve as the host broadcaster producing the 3D coverage for the USTA and Panasonic.  It will produce 3D versions of all Arthur Ashe Stadium matches that it broadcasts in High Definition both on Labor Day Weekend and on Finals Weekend, September 9-11.

Last year’s 3D production of the 2010 US Open Tennis Championships – the first world-wide 3D broadcast of a tennis major – was honored with a 2010 Emmy Award for technical achievement (George Wensel TECHNICAL ACHIEVEMENT AWARD).

This year’s expanded 3D broadcast coverage will include new, 3D-specific positions designed by the telecast partners to provide the best 3D perspectives.  The action will be covered by 10 3D broadcast cameras and a high-speed 3D replay system.  A pre-production model of Panasonic’s new AG-3DP1 handheld Full HD 3D professional camcorder (available later this fall) will be used to provide match and grounds coverage for the telecast.  And the overall court coverage will again be based around the innovative 3D broadcast camera ShadowD rigs designed by CPG (Cameron-Pace-Group) and used already at last year's US Open. 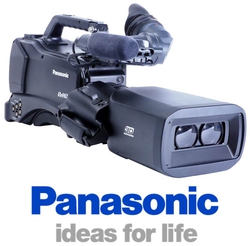 Panasonic – which returns as the official 3D electronics sponsor and the official television of the US Open Championships, as well as sponsor of CBS Sports’ 2D and 3D US Open telecasts – will enable fans at the USTA Billie Jean King National Tennis Center to experience the immersive world of 3D via public viewing galleries featuring the latest large-screen VIERA Full HD 3D TVs.   These on-site Panasonic “Experience Amazing” exhibits will demonstrate a wide range of 3D programming including movies and live TV events.  They will also showcase Panasonic’s VIERA Connect technology in web-connected TVs and Blu-ray Disc players, which feature Skype video calling, Facebook, Twitter and lots more.  The Panasonic “Experience Amazing” 3D exhibits can be found on the ground level of Louis Armstrong Stadium, at the Panasonic 3D Gaming Center within the SmashZone, and at the Panasonic VIERA Connect booth in the South Plaza in front of Court 10.

CBS Sports’ 3D telecasts of the 2011 US Open will again be available on DirecTV’s channel 103, “n/3D Powered by Panasonic.”  This year, Comcast will also carry the 3D broadcast coverage to its subscribers on Xfinity 3D, making CBS Sports coverage of the 2011 US Open available via the nation’s two largest multi-channel video providers. Distribution discussions with additional providers  are ongoing.  Additionally, the men’s and women’s finals will be streamed live in 3D on USOpen.org, the official website of the tournament.

“Working with our partners CBS Sports and Panasonic, we once again expect to be a leader in presenting our sport to fans in breathtaking new ways,” said USTA Harlan Stone, Chief Business and Communications Officer.  “Last year we saw the impressive production values for 3D television and now, by including Louis Armstrong Stadium and expanding our distribution, we are bringing this innovative new look to the sport to more people than ever before.”

“Panasonic is delighted to again be sponsoring the US Open Championships and bringing the passion and power of this premier tennis event in stunning 3D to TV screens across the country,” said Joseph M. Taylor, Chairman & CEO of Panasonic Corporation of North America.  “The tennis pros on the courts will be broadcast in 3D by sports production pros at our partner CBS, and with the USTA itself, we are thrilled to be back at the USTA Billie Jean King National Tennis Center for this top event.”

“As we saw from last year, there may be no better sport to broadcast in 3D than tennis,” said Harold Byrant, Executive Producer & Vice President, Production, CBS Sports.  “With our additional cameras and enhanced camera positions, including low, court-level positions, viewers will feel like they’re actually on the court with some of the world’s greatest players.  CBS Sports is once again looking forward to using this groundbreaking technology during our coverage of the US Open Tennis Championships. This year, as action and play dictate, we will also have the ability to cover the matches from Louis Armstrong Stadium in 3D.”

The 3D broadcasts will use a separate production team and equipment from the traditional HD broadcasts of the tournament.  Plans call two special 3D production trucks and a unique 3D-dedicated CBS Sports broadcast team. CBS has designed and upgraded 3D broadcast camera placements lower to the court than traditional TV locations in order to capture the close-up and personal, athletic dimension of tennis that make 3D such a powerful experience.

Panasonic will also engage fans on-site with promotions including a FourSquare program where fans can check into the Panasonic exhibits via FourSquare to receive special offers as well as the “Experience Amazing” Scavenger Hunt in which QR codes will be located in select locations throughout the USTA Billie Jean King National Tennis Center.  Fans that scan all of the codes receive a special premium and will be eligible to win prizes including a Panasonic Full HD 3D Home Entertainment system.  Details on these promotions will be announced at a later date.

Away from the USTA Billie Jean King National Tennis Center, Panasonic and DirecTV will also provide the live CBS Sports 3D broadcasts of the US Open semi-final and final matches to hundreds of TV retail outlets nationwide, including scores of Best Buy stores.

The USTA
The USTA is the national governing body for the sport of tennis in the U.S. and the leader in promoting and developing the growth of tennis at every level -- from local communities to the highest level of the professional game.  A not-for-profit organization with more than 750,000 members, it invests 100% of its proceeds in growing the game. It owns and operates the US Open, the highest attended annual sporting event in the world, and launched the Olympus US Open Series linking 10 summer tournaments to the US Open. In addition, it owns the 90-plus Pro Circuit events throughout the U.S, and selects the teams for the Davis Cup, Fed Cup, Olympic and Paralympic Games. The USTA philanthropic entity, USTA Serves, provides grants and scholarships and helps underserved youth and people with disabilities.