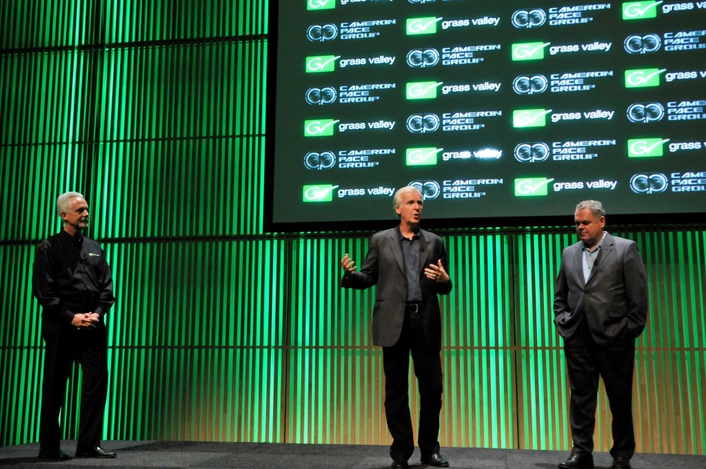 The alliance between CAMERON | PACE Group and Grass Valley is centered on bringing a better 3D workflow to the broadcast arena, developing new products for the market, and advancing and promoting more efficient and effective production solutions in the live 3D sports and entertainment broadcasting areas. The historic alliance will benefit all production and content creation companies involved in 3D.

“We have to have powerful alliances with people who are major players in broadcast in order to really be able to fulfill this future and supply the kind of quality 3D entertainment that people are going to demand,” said James Cameron, Co-Chairman of CAMERON | PACE Group. “It’s very exciting what we’re going to be able to do together, in term of creating new products and integrating them into the workflows. We’ve been working together for a long time and this just formalizes the relationship.”

Grass Valley believes that, for 3D to be a commercial success in the broadcast industry, both 2D and 3D programming content must come from the same equipment and crew, and backs up the company perspective with 3D features and functionality as 'standard' equipment packages.

“This alliance is exactly what the industry needs,” said Alain Andreoli, President and CEO of Grass Valley. “Since the introduction of practical 3D production systems for broadcast, the main sticking-point has been the unnecessary costs and workflow issues associated with producing an event for both the traditional 2D audience and the emerging 3D audience. Grass Valley, in its alliance with CAMERON | PACE Group, will be able to silence the critics by making the business case for dual production practical while delivering the best pictures to both audiences.” 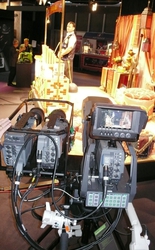 "James Cameron and Vince Pace have more than a decade long  track record of making industry-changing and historic technical and creative breakthroughs in 3D theatrical and documentary film making—and they are now applying their legendary talents to driving commercial success in the 3D broadcast arena,” said Jeff Rosica, Executive Vice President of Grass Valley. "Thanks to the latest development from the CAMERON | PACE Group, the Shadow 5D camera system, the world of simultaneous 2D and 3D production is now closer than ever, giving content producers worldwide the cost-effective and efficient production capabilities they have been asking for."