Burma – Encounters in a Forgotten Country 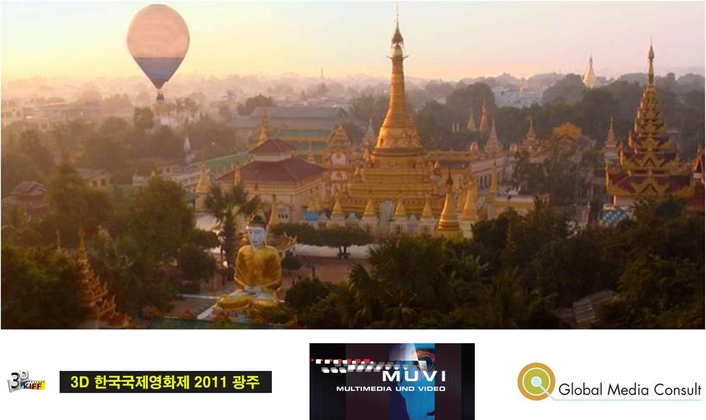 Shots from the hot air balloon are only possible with small equipment
The 3D documentary “Burma – Encounters in a Forgotten Country” has won the award for the best feature film at KIFF “3D Korea International Film Festival”, the first 3D film festival in Asia.

The film shared the award with the ZDF production “Die Huberbuam” in the “Best Feature” category for long films. Further awards went to the IMAX production Sea Rex, France (Budget 5 Mio) for “Best Use of 3D-Technology” and “Symphony in 3D”, by Fabien Remblier, also France.

"Burma - Encounters in a forgotten country" was produced by Muvi AG in early 2011. “Shooting in Burma is difficult for political reasons, and shots from the hot air balloon are only possible with small equipment. As a result, we used the TwinLens camera AG-3DA1 from Panasonic for the entire film for the first time ever.

As a result, we only needed a 3-person crew and were able to work freely. Post production was done with Tim Dashwood’s 3D-Tool using FinalCut and audio was produced in Dolby Surround 5.1”, explained Hanspeter Aliesch from MUVI AG.

And Torsten Hoffmann from Global Media Consult, who distributes the film, added “We are very proud to have the opportunity to market this high quality documentary. The timing for this film is perfect because Myanmar will be in the news in 2012 with many political developments in the country coming up.

And he continued,"This festival clearly confimred that Korea and France continue to be at the forefront of the 3D industry and we are particularly happy to see a smaller independant production beat the competition that is working on much larger budgets. At the moment we are seeing a stronger demand for 3D titles from many territories. Please get in touch with us for licensing this title.” 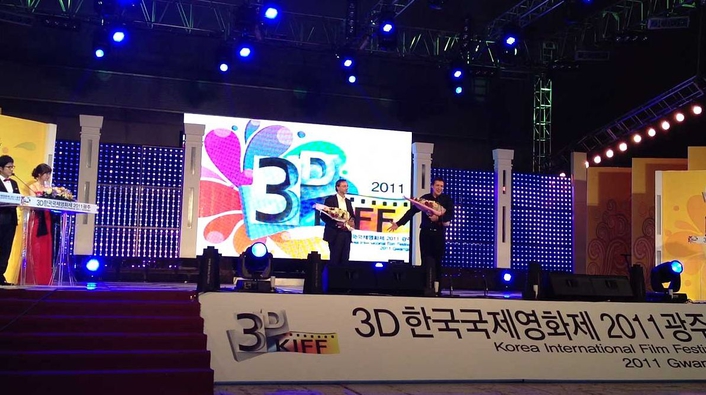 German Broadcaster ZDF steped into 3D
Castells in 3D – Like y...ve never seen them before
Giselle in 3D: Ballet Twirls into America