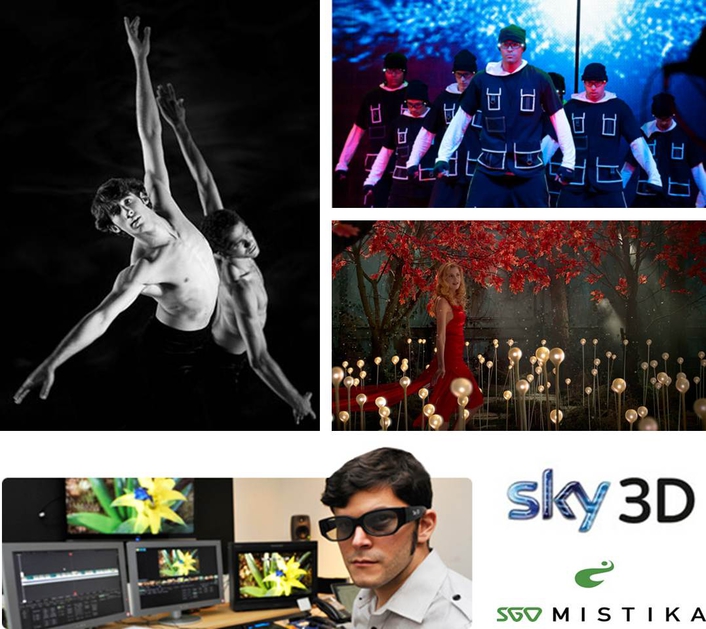 BSkyB launched Sky 3D, Europe's first 3D TV channel, using the latest technology which included Mistika to create an incredible 3D experience, providing sports programmes, movies and entertainment into people's homes across the country. History was made in January last year, with the world's first live 3D sports broadcast, in which Mistika played a major role in the delivery. BSkyB continues to lead the way in TV entertainment with Sky 3D which is Europe's first 3D channel.

Mistika, which had already been placed at the heart of Sky Creative's pipeline, is vital for the creative team to meet high quality and time-sensitive stringent requirements which include editing, colour correction, geometry-alignment and producing material as quickly as possible. The additional Mistika systems will play a crucial function in delivering an even more efficient workflow at BSkyB. One of the new systems is based at Sky Creative to work alongside the existing Mistika, with the other one installed in a different building for ingest and QC of stereo 3D content, demonstrating Mistika's speed and flexibility, between all three systems across two main locations.

"Mistika forms the core of our stereo 3D workflows and SGO's technology continues to impress us with its speed, real-time immediacy, highly developed functionality, openness, flexibility and ability to integrate seamlessly with other systems. These features of the system are significant because we don't have the luxury of time and therefore Mistika's speed and immediacy is perfect for our needs. The SGO UK team also provides an incredibly high level of support and assistance. Mistika played a significant role in the launch of Sky 3D television last year and we’ve completed many long and short form programming using Mistika." says Sarah Cloutier, VFX Manager, Sky Creative

Mistika is a flexible high-end post production system capable of SD, HD, 2K, 4K, and stereoscopic 3D with real-time ARRI, RED camera and other native data workflows. It seamlessly integrates timeline-based editing, conforming, infinite-layer compositing, colour grading and image restoration all in one complete system with various toolsets working together in the timeline.