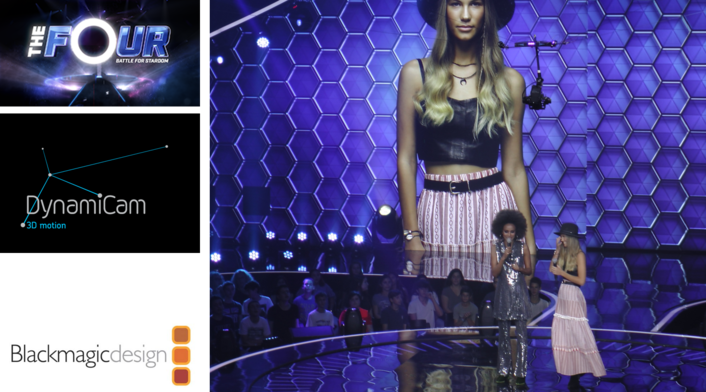 Despite audiences’ ever-changing viewing habits, weekly, event-based studio shows still remain an incredibly popular format for broadcasters across the world. However, producers still have a challenge to ensure their show stands out from its competitors. As staging and production values become increasingly sophisticated, so too must the studio camera solutions.

Bringing an aerial viewpoint into a studio environment can add a whole new perspective, and is exactly what Israeli reality singing show, The Four, chose to do, alongside its dozen-strong multicam setup. We speak to DynamiCam about how its minimized 3D-motion cable camera system, developed around Blackmagic’s Micro Studio Camera 4K, was deployed by camera support specialist CRS for the show, and what the principle considerations were for a studio production of this nature. 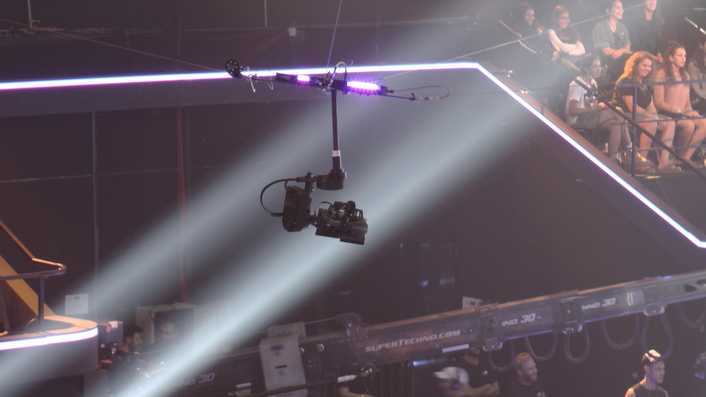 “Cable camera systems have long been relied on in live sports broadcasting, so that audiences and spectators can get a unique viewpoint,” begins DynamiCam’s Omer Har-Shai. “When you move that into a studio location, the first consideration is how to ensure the rigging and cabling doesn’t impact on the existing floor-based camera operators.” 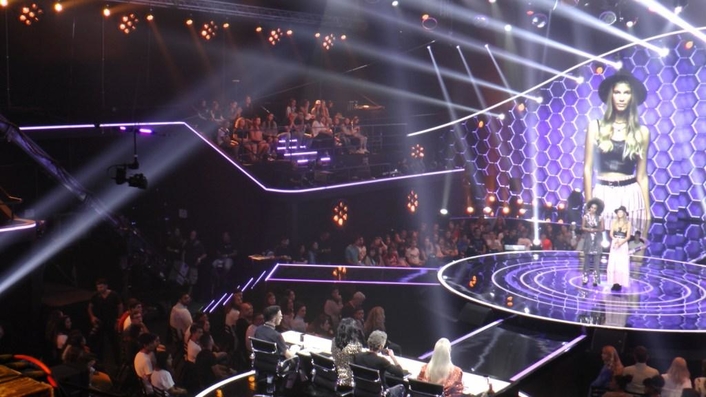 The Four had a further challenge to consider as the stage was dynamic and changed with each singer’s performance, so DynamiCam’s winch based system fitted well, as it takes up no additional floor space. Payload is therefore critical for a flexible aerial system, however this has to be balanced with broadcast quality images.

“That’s why we designed our solution around the 4K micro camera, fitted with an Olympus 7-14mm f2.8PRO lens, to keep the payload under 2.7Kg,” continues Omer. “It delivers outstanding, high resolution results in a very compact form factor, even in a studio scenario like The Four, where there are a huge variety of ever-changing lighting set ups, as well as shifting staging to contend with.”

“In a live environment, it’s imperative that the director has a full range of high quality shots and angles to choose from, to best reflect the action on stage, so any aerial system has to have the same level of control, stabilization and response as the rest of the camera system within the studio,” concludes Omer. “Developing our system around Blackmagic Design hardware and software protocols ensures we can retain professional levels of quality and control, and bring an entirely original viewpoint to live broadcasts.”