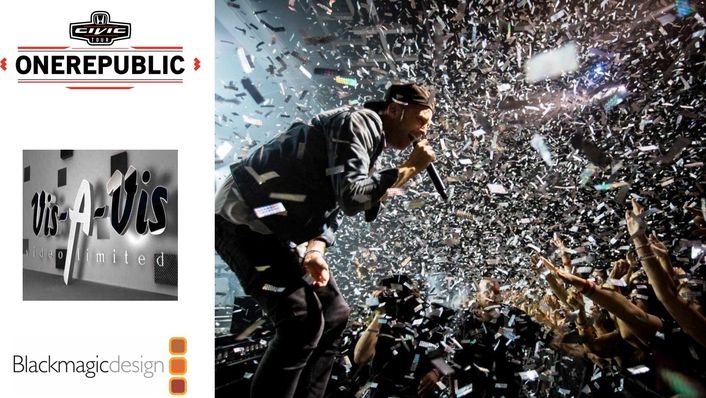 Blackmagic Design has announced that a live production solution featuring the ATEM 2 M/E Broadcast Studio 4K, Teranex Express and HyperDeck Mini is being used for video production and IMAG projection on the 2017 OneRepublic Honda Civic Tour.

Live director and company owner Stuart Merser of Vis-a-Vis Media designed and specified the video rack along with Jeff Nolte of OCD Labs around switching, routing and monitoring hardware from Blackmagic Design, enabling him to create unique live video manipulation of the band’s performances, including touring, festival appearances and corporate commitments. 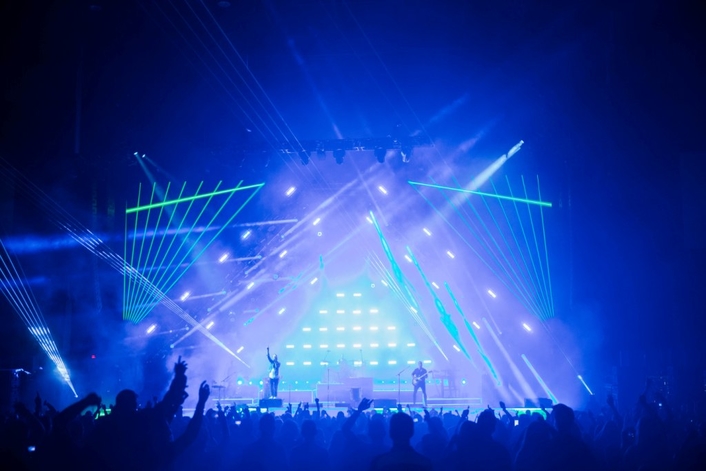 “The rack is designed to be powerful but portable; it’s a very modular system, with everything we might need for a show. However we can easily connect to additional hardware components or integrate our system into a venue’s existing infrastructure,” explains Stuart. “That means we can fly into a venue or festival, connect the cameras there into the rack over BNC, giving me instant control over the show.” 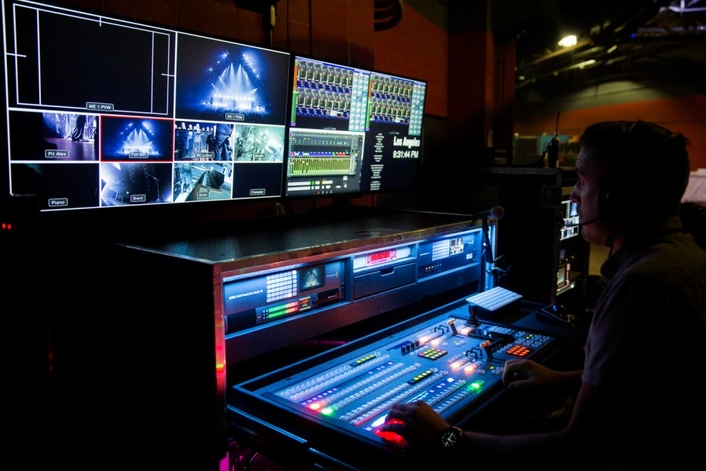 The rack is currently delivering all live video for the band’s US and Asia legs of the tour, in which Stuart vision mixes the headline act content from the rack’s central ATEM 2 M/E Broadcast Studio 4K. Content for supporting acts James Arthur, as well as Fitz and the Tantrums, is produced on a supporting ATEM 2 M/E Production Studio 4K. 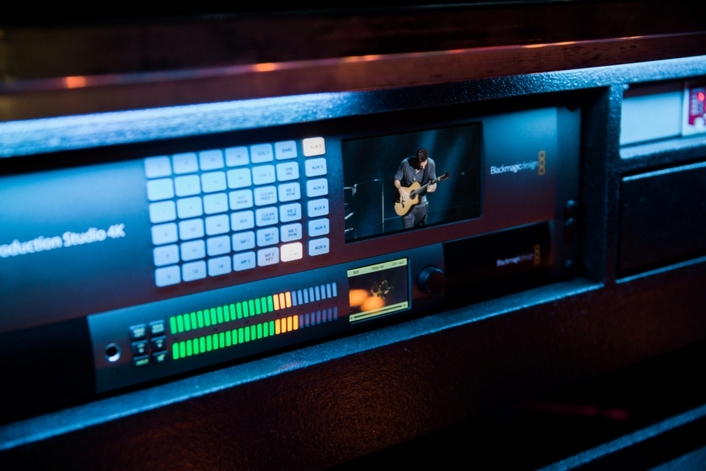 Three cameras, one 86x at front of house (FoH) and two wide angle 14:4:3 cameras in the pit, capture the action, while four micro cameras are positioned onstage for fixed close-ups of drums, cello, piano and synths. All seven channels are routed to the switcher and several media servers as well as to a live video manipulation engine, VideoDust, to create stunning graphics from the live inputs. 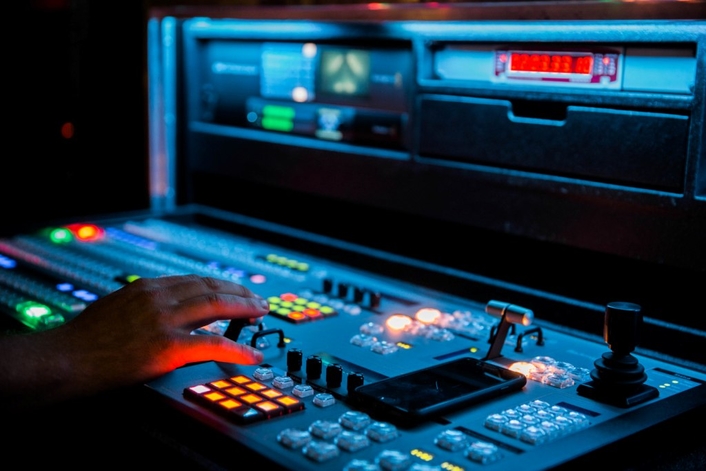 “VideoDust is in fact built on Blackmagic capture and playback cards. Every picture on the screens at either side of the band is created live using VideoDust, so it’s essential that each element of the video system is reliable and offers minimal latency,” explains Stuart. 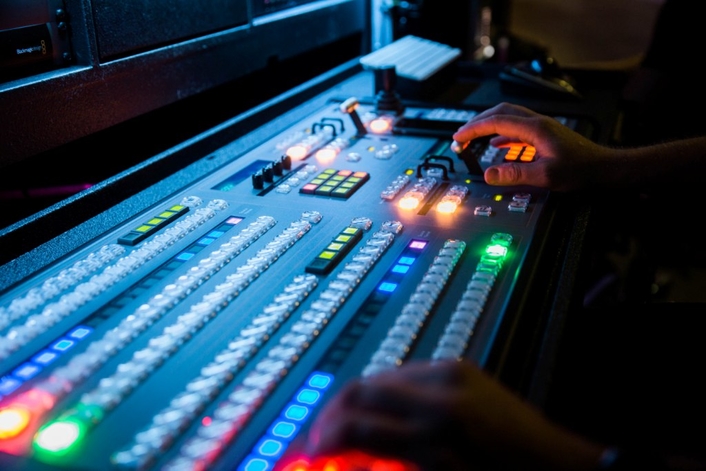 Signals to triangular LED screens, as well as monitors backstage and FoH, are distributed using a Smart Videohub 40x40. The video rack’s Teranex Express standards converters have proven invaluable here. “Many of the venues we’ve played have been large, open-air amphitheaters, with delay screens for the audience to watch from a distance. Many of these can only take older formats. Having the Teranex as part of our system means that we’ve been able to provide a feed in the right format regardless of the venue or display tech.” 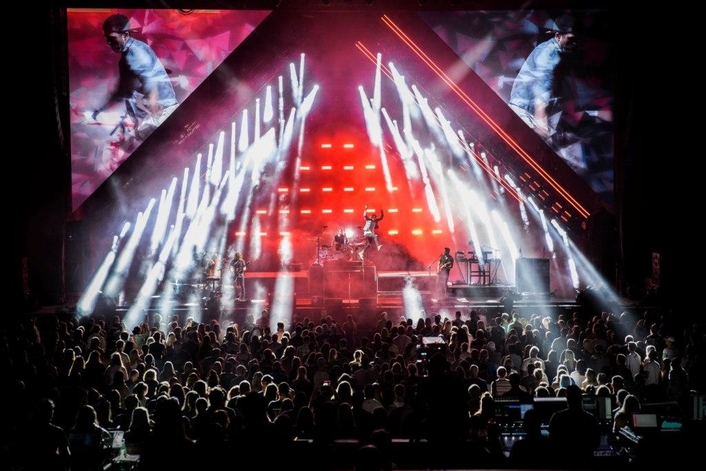 Everything Stuart produces is captured to SD cards using the HyperDeck Studio Mini. “As soon as the show ends, I hit stop, take the SD card to our tour cinematographer, Brody Harper, who edits and posts on social media 20 minutes later,” concludes Stuart. “People demand this immediacy from bands and artists, so being able to translate the live experience across social media channels is a crucial element in any band’s tour today.” 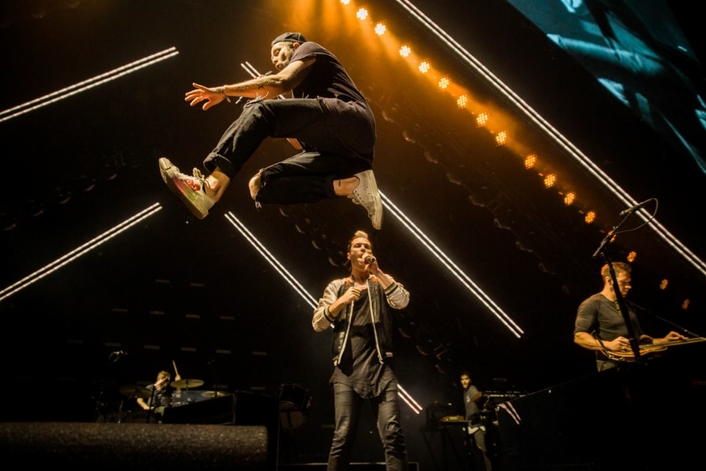