Binocle Takes an Aerial Tour of the French Coast in S3D 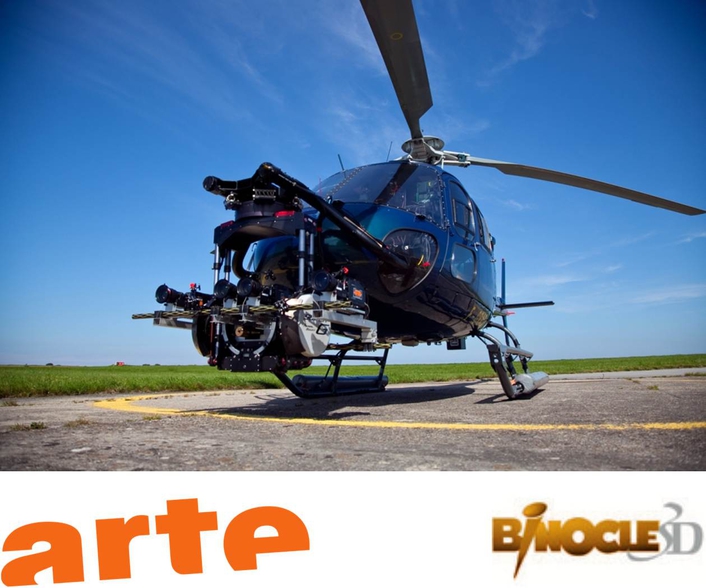 Capturing S3D footage in flight created many technical challenges, the first of which was to obtain stable images while dealing with high turbulence, including disturbances created by the helicopter blades themselves.  For the project, an Ecureuil B130 helicopter provided by HRT was equipped with a rig furnished by Jet Propulsion, which included a Super Gyron stabilized gyro head provided by ACS. 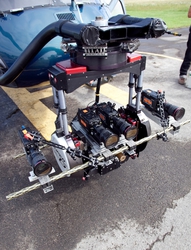 The stereographers for Binocle, Jean-Marie Boulet and Thomas Brésard, chose a configuration ideal for filming landscapes with two types of gear sizes, up to 110 mm, and a fixed-width convergence.  The Binocle team also provided specifications for the recording setup, using four Sony P1 cameras (featuring Sony’s 2/3 inch sensor) which were then equipped with synchronized Angénieux 19X zooms and provided four synchronous streams of 4:2:2 video, all recorded to two Sony SRW-1 HD decks.  All photography was completed between August 18 to September 2, and covering such a long distance resulting in the setup completing more than 45 sorties, with either 3 to 4 flights per day varying between an altitude of 100 and 3000 feet.

"One technical aspect of the filming, which was already difficult, was dealing on a daily basis with the legal aspects of the shoot, as well as the technical intricacies." The very strict requirements of air traffic control required quite a bit of juggling by the pilot, in order to ensure a complete overview of the coast. "The Navy also required that the nature of the images be verified and cleared, especially near some of the strategic sites such as Toulon or Brest.” explains Jean-Marie Boulet.

Moreover, given the extra weight of the equipment and the possibility of damage due to heavy the winds, the helicopter was limited to only flying to 60% of its capabilities. Throughout the voyage, punctuated by 36 refueling stops, the ground crew followed its progress by car, processing and providing S3D quality control for over 75 hours of rushes. 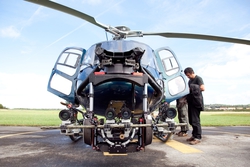 For S3D quality control, the team used a 46” LG S3D screen in conjunction with Binocle’s own Disparity Tagger software, which provides not only automatic correction of pan, tilt, and rotation errors, but also lens zoom errors which can be much more difficult to detect and correct, in addition to providing visual feedback of the scene in order to ensure proper setup of convergence and interaxial requirements. For the Binocle team, this project provided long term memories of an exciting technical challenge and a captivating journey.  "The film is currently being editing and already looks to be a very successful project." according to Laurent Baujard of Gédéon Programmes. The project is truly demonstrative that diligently applied S3D can provide a new emotional dimension to all types of content, as is evidenced by documentaries such as “Le relief d’une côte ”.

3D: The art of the 21st century
Sixteen 3D Rig Manufacturers - An Overview