BBC Studioworks has today announced it has chosen Sony to deliver 4K over IP in its Television Centre studios at the newly refurbished White City site in Central London. One of three new studios which will sit within a vibrant media-focused site, studio TC1 (10,800 sq ft), will be used by broadcasters and independent production companies to produce content ranging from sitcoms and entertainment shows to large live scale productions.

Some 22x Sony studio cameras, including 8x HDC-4300’s 3x XVS switchers and more than 200 monitors, including OLED screens, were selected to give BBC Studioworks its 4K capability and help make its Television Centre facility the most up to date and flexible studio space in the UK.

Sony’s technology was selected not only for the all-in-one solutions package it offers, but for its open standards approach. Acting as an enabler for 4K technology, Sony’s IP solution works harmoniously with the infrastructure within the Television Centre studios, avoiding any disruption to the company’s established workflows and opening up a path to HDR. Using Sony’s IP Live Production System, Studioworks is empowered to broadcast quality 4K and HD video, audio synchronisation signals and control data in real time over standard IP and network infrastructures.

“We pride ourselves on taking a collaborative approach with our clients and technology providers to make sure that the equipment at Television Centre is the very latest and the kit most sought after by production professionals”, added, Meryl McLaren, Commercial Manager, BBC Studioworks. “Our mission is to provide competitively priced studios with the most robust and flexible technologies that our customers require. We’re confident that the technology we’ve chosen in combination with the location, staffing and broader customer experience will help make Television Centre the best place to make television in the UK.” 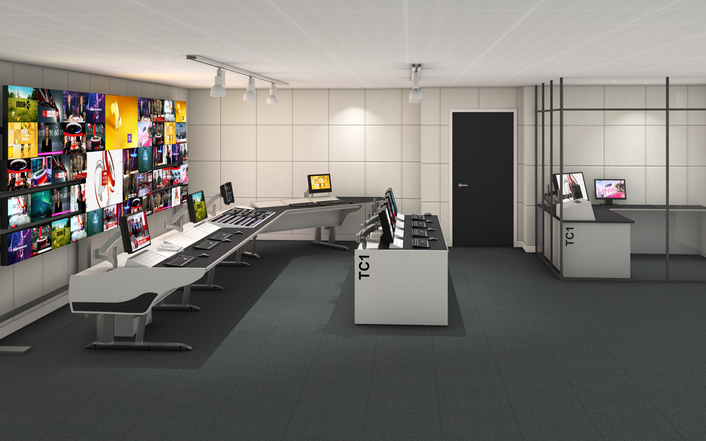 “We’re committed to delivering open standards with the solutions we offer our customers and partners”, commented Nick Smith, Business Development Manager, Sony Professional Europe. “4K over IP is the future of our industry and we’re thrilled that BBC Studioworks has invested in technology to futureproof its workflows and make 4K capability a reality for even more people working in the field.”

The partnership furthers Sony’s commitment to developing IP solutions that are ready today, open for tomorrow. Its IP Live Production Studio demonstrates the entire IP ecosystem, acting as a training centre and test bed for third party interoperability for production companies and broadcasters.

Sony is delivering the technology by May 2017 and the facility will open in September 2017.