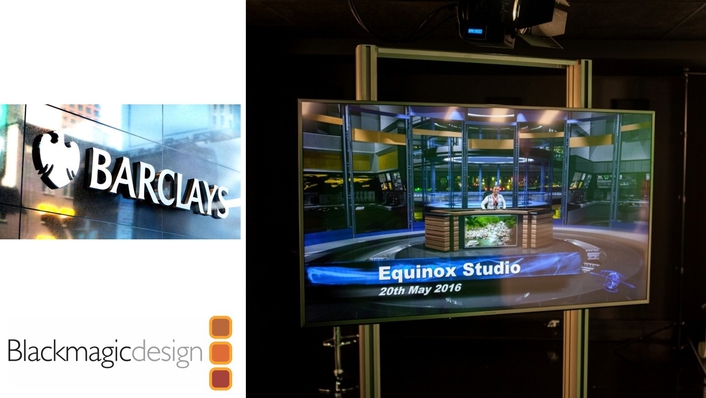 Blackmagic Design has announced that its infrastructure products have been integrated by Barclays Africa Group Limited as part of an Ultra HD 4K studio workflow for corporate video production. The solution features the Blackmagic Studio Camera 4K for acquisition alongside the ATEM 1 M/E Production Studio 4K and Smart Videohub 20x20.

The studio forms part of the bank’s Equinox Facility located in the financial district of Sandton, Johannesburg, a bespoke innovation space that was designed for use by both the bank’s staff and its clients. Jason Sproat of Africa Broadcast, who specified and installed the solution, explains that the studio had to fit the ultra modern multimedia environment of the facility. 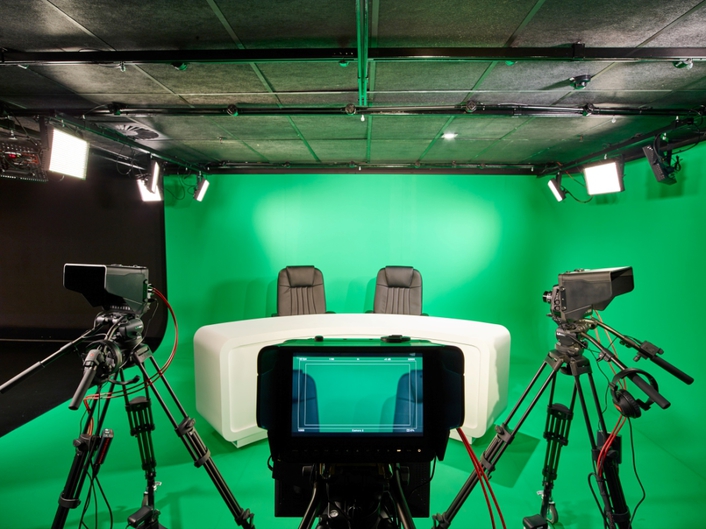 “Barclays already had studio capabilities in its central Johannesburg headquarters. However, they wanted the new facilities to reflect the stunning and inventive design that is evident throughout the Equinox space,” explains Jason. “We knew that a Blackmagic solution would not only match the high expectations as far as design aesthetic was concerned but would also ensure that the studios could deliver the very highest possible quality in production values while also supporting the latest in 4K broadcast standards.”

The green screen studio is used for a multitude of purposes, from CEO briefings to team building videos, through to Barclays’ own customer productions, and so flexibility and usability were key prerequisites when designing a solution.

“Racking up the Blackmagic Studio Cameras via the ATEM production switcher means we can operate all of our camera positions remotely,” continues Jason. “A vision mixer can, in essence, produce a professional, multi-cam production without the need for a floor manager. The space itself is overseen by Barclays’ in-house AV team who keep everything running smoothly. And because the studio floor doesn’t require much management, that team is free to use its time more efficiently to help with the larger, more complex aspects of video production as and when they arise.” 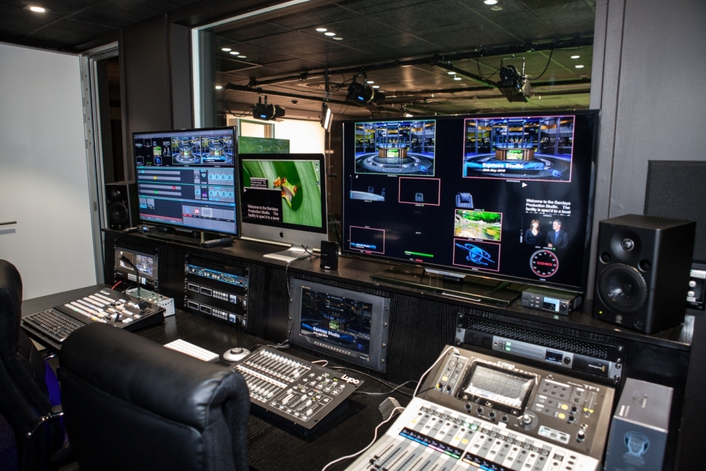 All signal distribution is handled by a Smart Videohub 20x20 router, while a series of SmartView 4K monitors and the Blackmagic Audio Monitor are used to manage overall production quality. The studio itself also has a complete Ultra HD 4K post production workflow with editing and grading completed on DaVinci Resolve Studio, while all recording and capture is done using a series of HyperDeck Studio Pro SSD recorders. 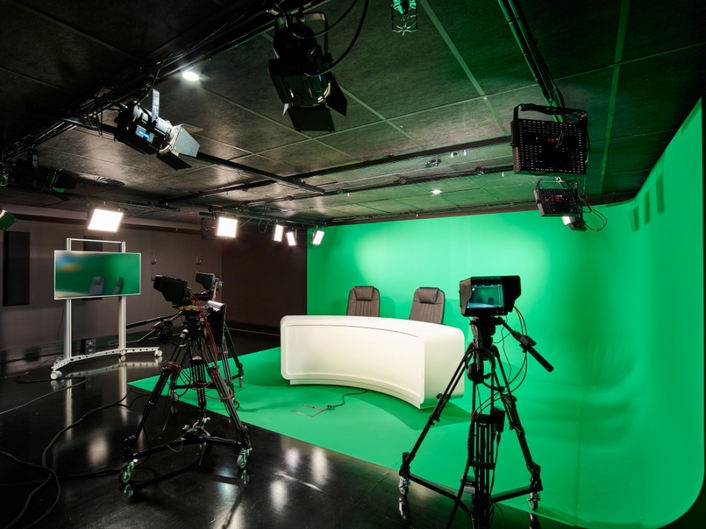 “The whole ethos of Barclays’ Equinox space is to bring cutting edge thinking to banking through a dynamic and agile environment. And that is why we ultimately specified a solution featuring components from Blackmagic Design,” concludes Jason. “It’s a competitively priced solution for in-house corporate AV teams that features the same levels of functionality used by broadcasters all around the world.”