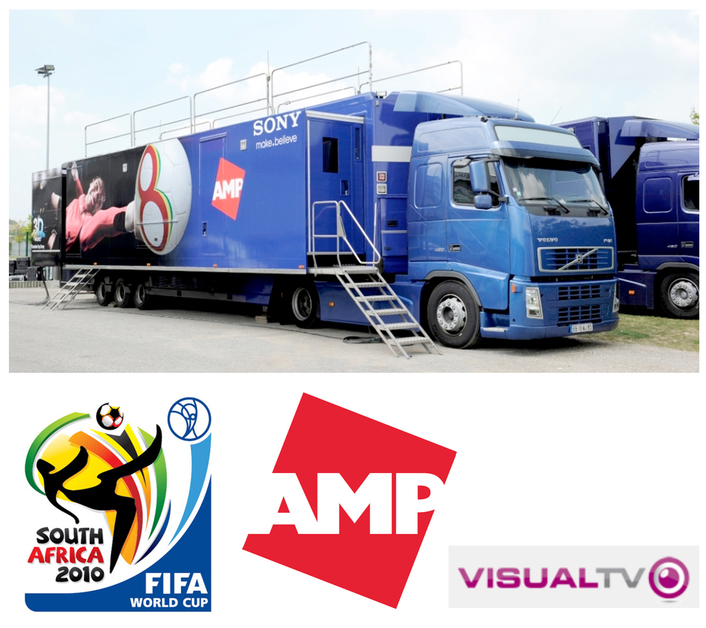 3D HD OBVan from AMP ready for the FIFA WC in South Africa
The “Car 8”, owned and operated by the French Company AMP is one of two European HD OBVans which are equipped for 3D shooting of 25 games at the FIFA World Cup. “Car 8” will be in charge of the 3D shooting of one match in Durban and 15 matches in Johannesburg, shared between Soccer City Stadium and Ellis Park Stadium. "Car 8" has been chosen for the international broadcasting of the opening match and the final match of the FIFA World Cup in 3D.

"Car 8" has just been retrofitted to be 3D ready and was put into service at the beginning of April 2010. The internal design was adapted for multi-camera 3D shooting. The van is equipped with Sony 3D MPE-200 Boxes and 3D layers. Main and second production areas, vision control area and one of the two VT areas can accomodate eight “convergence” technicians and the 3D production director.

The first 3D Van in France

Ten technicians of the AMP VISUAL TV Group will go to South Africa to cover the world Cup in 3D and will display their competence to make shooting of 16 FIFA World Cup games in 3D an amazing event. 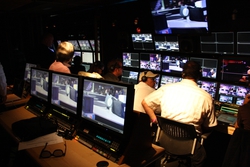 This shooting rewards all the efforts of the AMP VISUAL TV Group in acquiring a valuable amount of experience in this new technology, as well as its R&D policy to industrialize 3D shootings. The AMP VISUAL TV Group is a reference supplier in the area of 3D production. The group was a pioneer in the area of HD shooting from 2004 onwards and is now a European pioneer of 3D multi-camera productions. 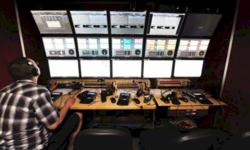 After more of 200 hours of shooting in 3D during last year, the AMP VISUAL TV Group is now able to master the specificities of 3D technology and is doing so with high reliability.

Examples of 3D shootings in 2009 : first European shooting of a football match, Tennis in Roland Garros , “Don Giovanni” opera in Rennes, Julien Clerc’s show in Lyon, matches of French football League 1, la “Nouvelle star”… Running all these trials allowed the AMP VISUAL TV Group to work on advanced procedures, to adapt the equipment in order to deal with 3D characteristics and to develop new craftsmanship which demands, above all, experience.