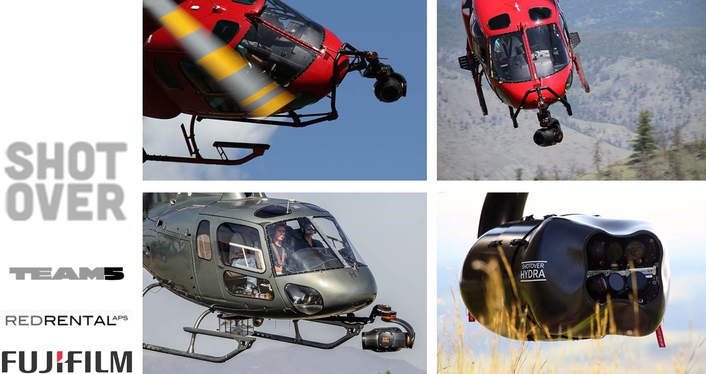 “We decided to shoot Jurassic World primarily with a RED Dragon camera and needed a lens that would cover 6K and be sharp enough throughout the entire frame,” said David B. Nowell, ASC, one of Team5’s Aerial Directors of Photography, whose work can also be seen in The Avengers, The Lord of the Rings and Pirates of the Caribbean. “We chose to equip our SHOTOVER K1 system with FUJINON’s 19-90mm Cabrio lens, and the lens’ range worked perfectly for our production. We filmed for a few months, primarily in Hawaii and also in New Orleans and shot all of the aerial scenes with the 19-90 Cabrio. We were very pleased with how it performed and found the FUJINON Cabrio to be a very modern, clean lens.”

Dylan Goss, another Team5 Aerial Director of Photography, primarily uses SHOTOVER’s K1 system in his aerial film work – which he deems “the best in class” of large-scale gyro stabilized camera systems. When shooting with the K1 system, FUJINON’s Premier PL 18-85mm zoom is often Goss’ lens of choice. He most recently used the lens to shoot an HBO mini-series about the Salem Witch Trials in collaboration with Director of Photography, Darius Khondji, ASC, called The Devil You Know.

Goss explains, “With aerial cinematography, you don’t always have as much flexibility as you may have with other types of gear in terms of interchanging equipment quickly, so I often see if it is possible to work with one lens that suits the complete day’s work best by offering a variety of focal lengths and a wide range of stop. FUJINON’s 18-85mm lens has quickly become one of my all-time favorite lenses. I love its speed, range, and transparency, and how and how those qualities have been improved upon versus other zoom lenses in its class. I’ve had a lot of success with the lens, and it is particularly strong for night work. The caliber of this lens really speaks to the segment of the industry we work in and the types of no-compromise productions that we work on.” 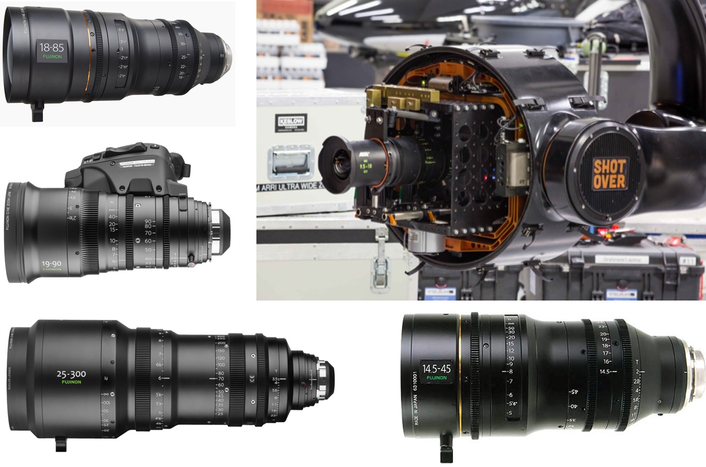 RED RENTAL A/S has used its SHOTOVER F1 system film setup with FUJINON’s 25-300mm Cabrio in extreme weather conditions, including a commercial for a high-speed car chase on ice in Sweden, and for footage of a research expedition carried out in the Arctic Ocean by the Norwegian University of Science and Technology last month, called the Oden Arctic Technology Research Cruise (OATRC 2015). The company also relied on the 25-300mm Cabrio to shoot this AUDI car commercial.

“I find the FUJINON 25-300mm lens’ performance to be the best in its class. It’s so compact and lightweight for having such a long range,” explains Malte Udsen, RED RENTAL A/S CEO and SHOTOVER F1 operator. “In my experience, the range of the lens is the best range for most aerial shoots, and the lens quality is brilliant. The 25-300mm lens has a beautiful zoom, which I often use to move from a close up to a wide shot in the same shoot.”

RED RENTAL A/S also owns a FUJINON 19-90mm Cabrio lens and has over 10 Arri/FUJINON Alura zoom lenses in its inventory.

“SHOTOVER systems are designed with the aerial cinematographer in mind, offering industry leading capability through an open system platform that can accommodate a broad range of camera and lens options,” said Alex Giuffrida, President at SHOTOVER.  “We are pleased to work with FUJIFILM Optical Devices to ensure that aerial shooters can utilize the company’s state of the art line of cinema lenses for their big budget projects.”

About SHOTOVER
SHOTOVER is a developer of high performance aerial camera systems for the motion picture and broadcast industries.  The company’s line of gyro-stabilized camera platforms offer aerial cinematographers an unprecedented level of stability, control and versatility in a compact package easily configured for 2D, 3D and Ultra HD shooting with the world’s most advanced cameras and lenses.  Developed in partnership with the motion picture industry’s top aerial cinematographers, SHOTOVER systems are fully user upgradeable, allowing operators to utilize new professional cameras, lenses and accessories as they come to market.