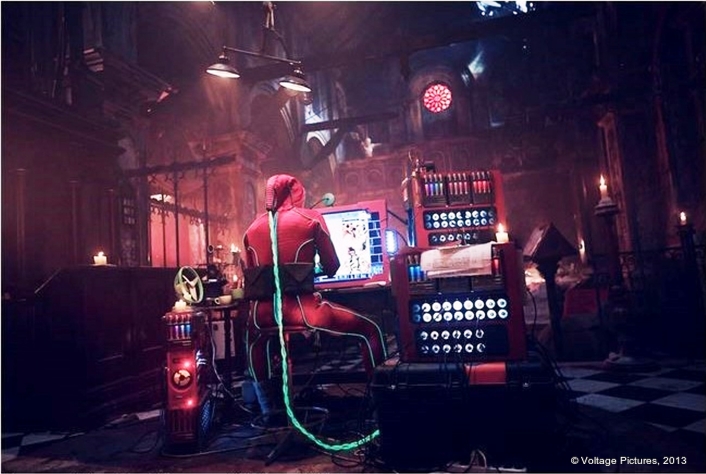 "That's it. Chaos encapsulated. That's all there is at the end. Just as it was at the beginning." – Management, "The Zero Theorem,"

If you can find it, if you try it, you'll love it! What is it? Oh, come on ... it's 5G. While it's true that 5G is only available in a few isolated spots around the globe. From the attention the technology got at IBC, it's already won the content production/delivery race and is totally reshaping the M&E industry.Everyone else can go home. The truth is no one in the ecosystem (content creators, pipe folks/suppliers) left the global broadcast, media technology event to enjoy the fruits of their labor because there's way too much work to be done to get great content from the creator to the viewer.

The one thing we were reminded of was a throw-away question Cisco's CTO Dave Ward asked at the Entertainment Technology 2019 (ET19) conference a few months ago, "If you can't do it on the internet, is it worth doing?"

The event marked the first time SMPTE (Society of Motion Pictures and Television Engineers) and AIS (Advanced Imaging Society) had joined forces. The combination was good for filmmakers and content owners/distributors to make sense out of what is going on and where we're going to be in a few years ... maybe. 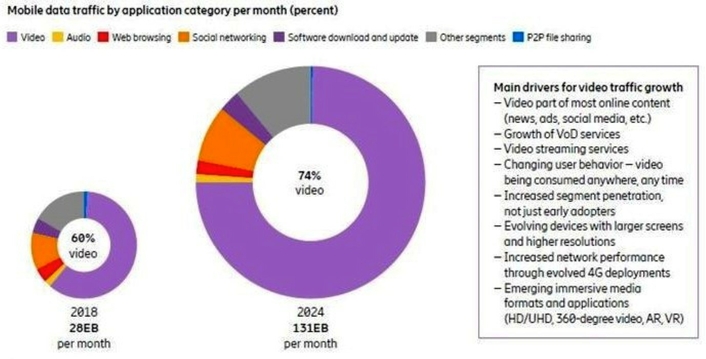 Video-on-the-Go – There are still a whole lot of movies/shows being streamed to the TV screen. However, it's a little early for the streaming channels to rest on "a sure thing" when you realize the younger generation started with a mobile device

Oh yeah, the other fact is that the broadcast industry is a thing of the past.

No, we didn't say happy family because everyone wants a bigger chunk of the pie.

That's probably why AT&T is telling folks they're already the 5G winner with their 5G E (eventually) service. It feels an awful lot like 4G LTE (long-term evolution) which is actually pretty darn good streaming (little latency) without the 5G upcharge.

To double down, they dropped $85.4B for TimesWarner and told the HBO folks they needed to focus more on quantity of content than quality. To start getting some of their money back, they're working on a variety of different streaming content pricing options and shareholders "suggested" they dump DirecTV.

AT&T has fewer options than viewers do though because consumers can choose from AVOD (ad), SVOD (subscription), TVOD (transaction) services from media companies (Disney +, CBS All Access) and tech companies (Apple TV +, Amazon Prime) as well as the vMVPD (virtual multi-video programming distributors).

One of the most intriguing vMVPD to us is YouTube.

YouTube already has more than 2B users, so all CEO Susan Wojcicki's team has to do is convince a generation that is growing up on YouTube – regardless of the screen – that "we're the first place you go for your videos so stick around and get meaningful content for a few bucks more."

According to Bernstein Research, they were losing about $5 per subscriber for their expanding list of channels/shows but they can make that up – and a whole lot more – by capturing more of the digital ad budget.

In addition, there's so much great content streaming that folks have a hard time knowing where to start (49 percent, according to Hub Research) so they get recommendations from family/friends/strangers and then ... Google it.

The point is there is a massive demand for what content producers and owners have to offer around the globe and OTT services are moving quickly to capture more eyeballs.

The key to service providers capturing more subscribers means they have to constantly keep adding more original content to increase the value of their service.

The new diversified media companies will increasingly rely on AI (a topic that was a unifying theme across a number of the IBC sessions) to monitor and control their cloud-based content supply chain. 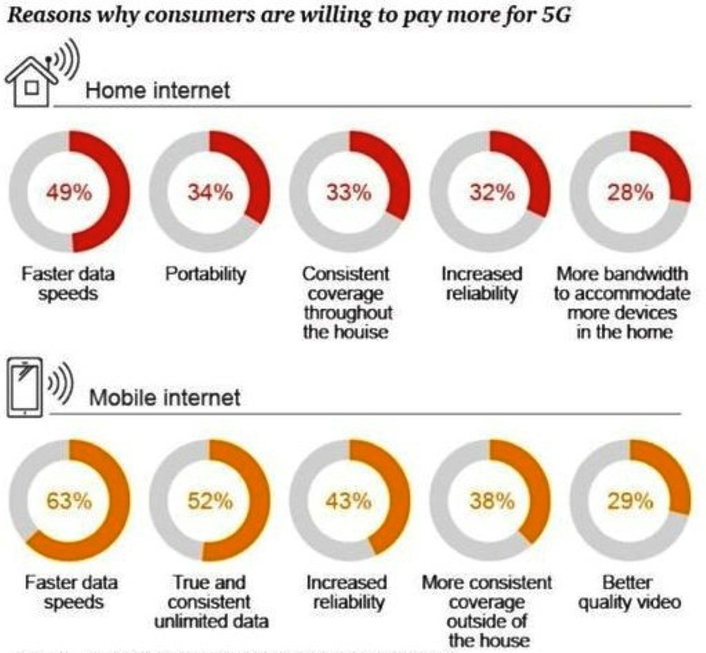 Everyone's Ready – If the industry keeps promoting 5G as hard as they have been, the demand is going to be overwhelming by the time it gets here. And we're going to need it as we sever our scheduled TV arrangements and watch more stuff wirelessly.

But 5G and Wi–Fi 6 will open the floodgates for content even at a slightly higher cost.

Ericsson projected there would be 1.9B 5G mobile broadband subscribers by the end of 2024. 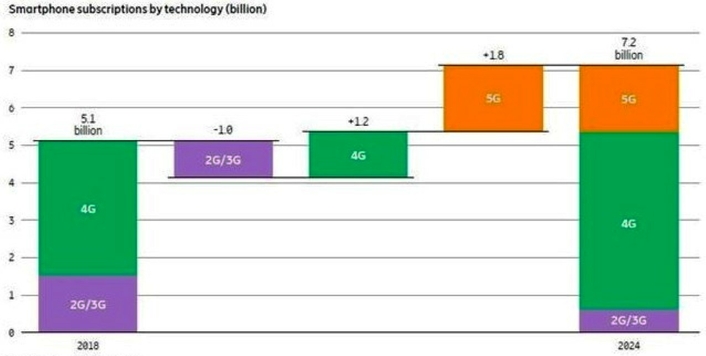 Ready for Tomorrow – Even though 5G is only just being tested and rolled out in target locations around the globe, the potential is looking bright--especially when 4G LTE can fill the gap until 5G arrives.

The rest? Mostly 4G LTE and Wi–Fi but that will be acceptable for most people streaming content.

But the great takeaway from Ward's presentation was that it's not an all or nothing issue or streamed video at any cost.

While the cost of streaming over 5G to your smartphone is yet to be determined (you can bet it will be higher than today), Cisco's CTO Dave Ward told folks 4K streaming can succeed because there will be an economical streaming alternative - Wi-Fi 6

Forget the wild marketing promises because radio waves (both Wi–Fi, 5G) have trouble penetrating things like walls, foliage, etc. and data slows down over distance (it's called physics), which is why the 5G build-out requires 1,000s of small cells spread around town. 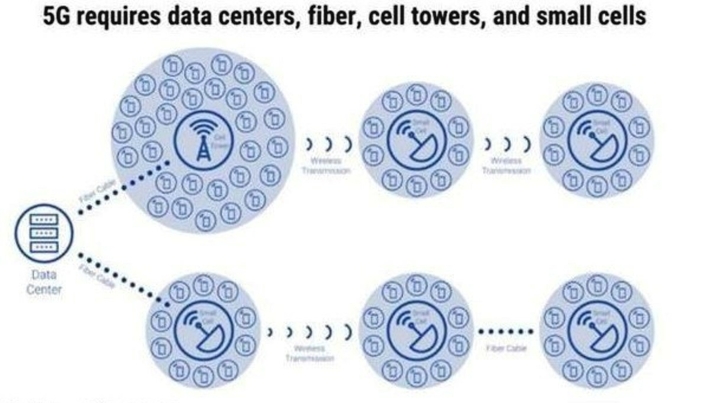 5G will arrive faster than some think and slower than others think. The challenge is the time-consuming and expensive build-out of towers, fiber, cells and data centers. Unfortunately, it won't happen overnight or even in just a couple of years

To launch the new 5G mobile service, providers pay the government to use the spectrum and build a network of base stations to cover large areas. To save money in metro areas, they often share the same frequency band over multiple channels. That's where your data plan fees go.

Wi–Fi, on the other hand, uses unlicensed spectrums which are free once you've paid for your home/office modem.

The Wi–Fi router is part of the fee you pay your ISP or you buy your own.

For all of us, fast internet access – anywhere – at a decent price is darned important and today, it's almost ubiquitous.

To ensure that service is available, it's estimated that there are more than 50M Wi–Fi hotspots around the globe. Many are available in coffee shops, stores, businesses simply by logging in (no they aren't secure, but they are free).

So how good is Wi–Fi?

Let's just say that your cellular provider off-loads traffic to Wi–Fi as often as possible because folks who are streaming a movie to their smartphone learn very quickly to make certain Wi–Fi is on and working.

Your new Wi–Fi 6 devices can still communicate with access points that run older versions of Wi–Fi.

Ward noted that 5G will also enable volumetric capture to reach its full potential and enable the M&E industry to develop and deploy VR/AR applications and content. 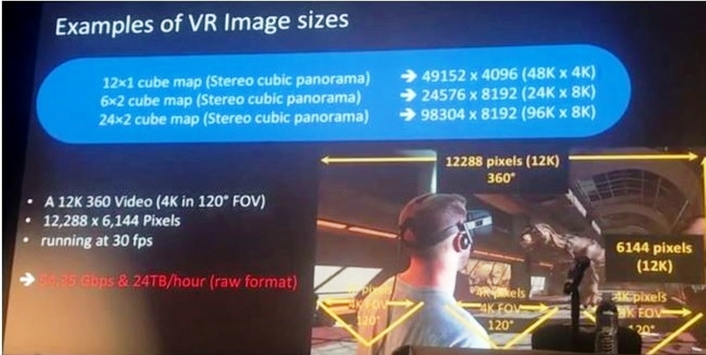 Volumes of Content – The creative industry is already working on developing and polishing content solutions that will more than take advantage of the new capacity with dramatically improved VR/AR/XR content solutions.

The time just might be right because VR produces a tremendous amount of data.

The HetNet (heterogeneous network of 5G/Wi–Fi 6) will make it easier, better, faster to create content in the cloud and will encourage more people to have more screens at home, in the office, with them so people can enjoy more OTT content anywhere, anytime and begin having more immersive experiences.

Ward's presentation tied together a lot of the sessions and put some of the pieces in place for the M&E industry. 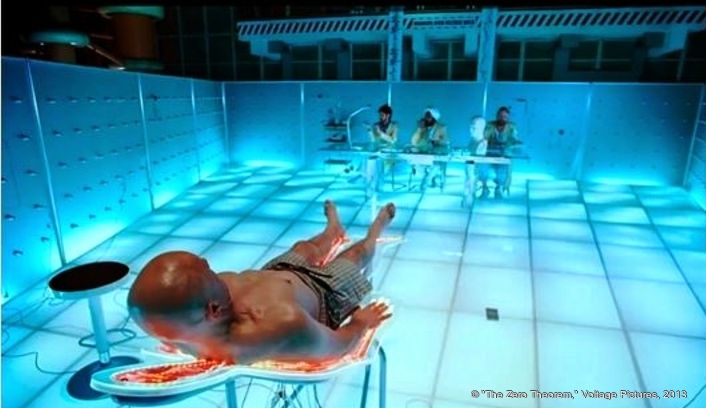 On the other hand, maybe a little confusion is a good thing in the M&E industry. Remember what management said, "There's money in ordering disorder. Chaos pays."

TV is TV - Want Good Stuff to Watch, No Matter How You Label It
VR Film Work
It’s Time to Be Part of the 4K Ecosystem or Be Left Behind