Estadio Mineiro in Belo Horizonte
Sony and FIFA have announced that they will test 4K production during three matches at the FIFA Confederations Cup, which begins June 15 in Brazil.

During the Confederations Cup, Sony and FIFA will produce three matches in 4K using a 4K OBVan supplied by UK-based production company Telegenic and currently still in built at Sony Professional Systems in Basingstoke.

The trial will take place at the Estadio Mineiro in Belo Horizonte, one of six stadiums being used for this year’s tournament, and will test the process involved in shooting and delivering live 4K programming on 17, 22 and 26 June 2013. 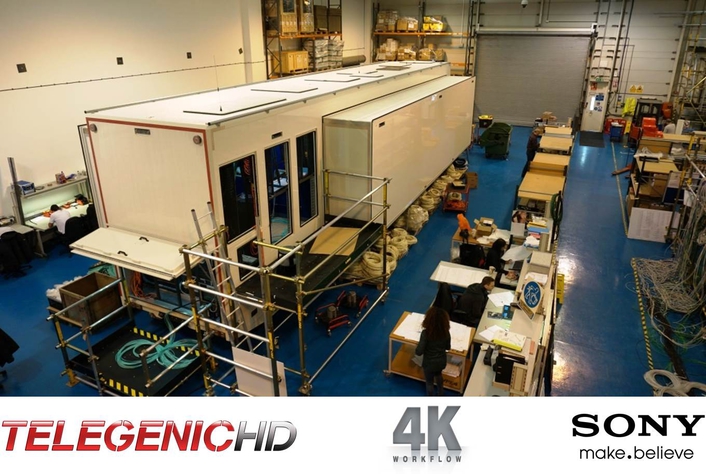 The content itself will not be screened for the public, as the test is aimed at examining the technical and creative aspects of using the technology, with an eye toward bringing 4K broadcasts to future sporting events.

For any television innovation the main driver is always sport. If 4K allows creating better, cleaner, more engaging sports coverage then the innovation has a good chance of succeeding in the consumer market place.

“The FIFA Confederations Cup is a perfect opportunity to trial new technology and production approaches to 4K, and we look forward to seeing how this tournament will help to shape the future of sports broadcasting," said Niclas Ericson, director of FIFA’s TV division, in a statement.

The Confederations Cup will be a test run of UltraHD workflows, the success of which will determine to what extent an UltraHD live broadcast of the FIFA World Cup in 2014 is possible.

The barriers to production are beginning to be overcome and there’s no practical reason why UltraHD cannot be delivered live by satellite today. Although there are significant gaps to address, the case for pioneering an 4K/UltraHD experience around the World Cup are compelling enough for FIFA to ensure it will happen. For a start, there’s the kudos FIFA would gain in breaking new production ground. Its track record in this regard includes the first all-HD World Championships from Germany in 2006 and the capture and transmission of 25 matches in 3D from South Africa 2010.

As with 3D, production teams may have to adjust the editorial practice – such as making fewer cuts – to accommodate the greater visual information of the 4K picture. While FIFA’s priority will be the coverage in HD – even while the bulk of the tournament’s 3.2 billion TV viewers still watch in SD – the sports body will take its cue for 4K/UltraHD from the 2014 rights holders and from Sony.

2014 is also the last year of Sony’s eight-year, $305m sponsorship of FIFA, and Sony's professional services arm is the primary technical partner for FIFA's host broadcaster HBS at this year's Confederations Cup and next year’s World Cup tournament. Having spent millions to underwrite the separate 3D production in South Africa, a precedent has been set for a parallel experiment in 4K.

Sony is already supplying OB facilities to HBS: 340 HD cameras (including 72 SuperSloMo cameras), 48 switchers and 816 monitors, and it wouldn’t be a stretch to add a few of its new 4K PVM-X300 production monitors and F55 cameras, which have already been tested by Fox Sports, ESPN, Sky Perfect Jsat, BSkyB, Sky Deutschland, TopVision, SIS LIVE and Kyoda TV.

However Sony's F55 cameras are designed for digital cinema and the technology has yet to filter through to the requirements of TV live production. Other parts of the 4K/UltraHD live production are becoming feasible. Broadcasters in the Americas, in Europe and in Asia have trialed 4K at various sports events using equipment from EVS, which will provide the core workflow, server and replay systems to HBS in Brazil. Announcements from FIFA are believed to be imminent but while any portion of the World Cup shot in 4K would be a milestone, it will be a sideshow to the main coverage mixed from 34 cameras per match.

It probably won’t be the most breathtaking experience for fans simply because there won’t be enough 4K cameramen/women trained on the action. And even the commentary teams with which viewers are familiar won’t be available to the 4K production next year because they have to deliver at the HD production.

While Sony paid more than $10 million to produce 25 matches from South Africa 2010 in a separate 3D production, FIFA this time is understood to be seeking a new funding partner, e.g. the Japanese government has committed to launching an UltraHD satellite service in July 2014, which would coincide with the World Cup in Brazil taking place from 12 June to 13 July 2014. 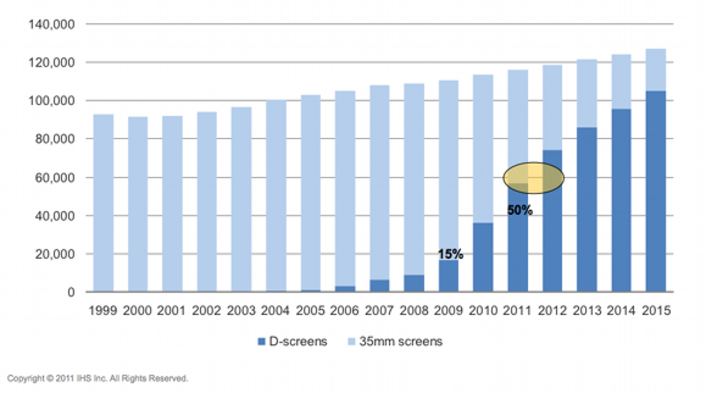 Live to the cinema
However also the distribution to cinemas is an option: Plenty of movie theatres are ready to take 4K because they are equipped with Barco, Christie, NEC or Sony 4K projectors. More than 90,000 cinema screens will be 4K ready in 2014. Selected matches from Brazil could be beamed directly to digital movie theatres - provided the rights to do so are agreed.