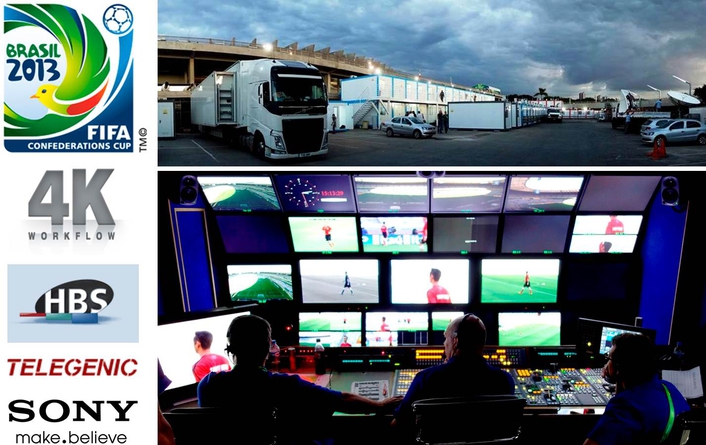 4K Production at the FIFA Confederations Cup in Belo Horizonte
Several 4K productions took place these last weeks at Roland Garros, Wimbledon (together with 3D) and at the just-concluded FIFA Confederations Cup Brazil 2013. New equipment was tested, staff was trained and production concepts were implemented. The 4K production rigorously tested in Belo Horizonte in a joint collaboration between FIFA, Sony and HBS could play an invaluable role in helping FIFA, HBS and other stakeholders prepare for the 2014 FIFA World Cup™.

The term 4K stands for the approximately 4,000 pixels of horizontal resolution offered by this image-capture format. Regular "full HD" offers approximately 2,000 (and is now sometimes referred to as 2K) -- meaning that 4K images are in principle four times sharper than today's top standard. It is important to note, however, that 4K does more than allow viewers at home to count the blades of grass on the pitch; in fact, by providing a veritably immersive image, 4K becomes almost 3D-like, displaying many levels of foreground and background and bringing players and objects into sharp relief. 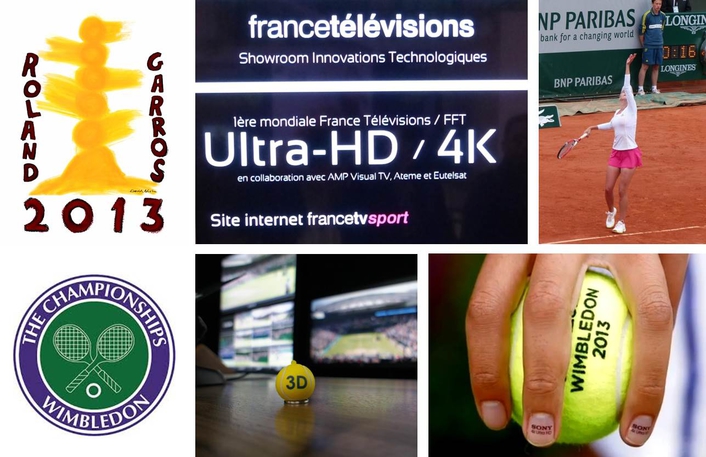 4K Productions at Roland Garros and at Wimbledon

Most of the testing for the 2014 FIFA World Cup™ was carried out in the Mineirao Stadium in Belo Horizonte, home of the International Broadcast Coordination Centre, and this was again the case for the 4K production. All three matches at the Mineirao were shot in 4K, using a nine-camera plan. Although the 4K signal was only used for testing, and not for actual live broadcast, visitors to the IBCC were invited to view the matches live and were equally awed by the possibilities on offer. The first of the three matches, Tahiti v Nigeria on 17 June, was deemed by all observers to be a strong start, yet by the third, the semi-final between Brazil and Uruguay on 26 June, so much progress had been made that attendees agreed they would have been happy to watch an actual on-air match in those conditions. 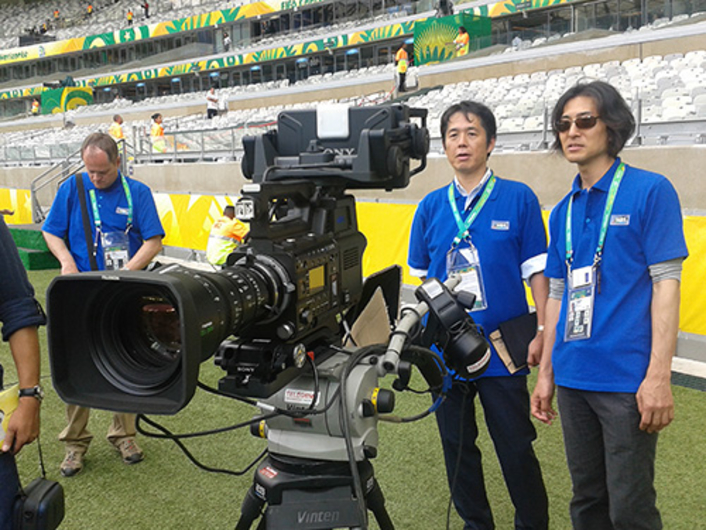 One of the 4K cameras, and part of the production team, on the pitch in Belo Horizonte

The FIFA Confederations Cup 2013 debriefing will go on for some time, and it is not yet determined whether 4K production will be implemented at the 2014 FIFA World Cup™. 4K production of live sports events is still in its early stages and a number of logistical issues remain to be addressed, but all involved report having been extremely impressed by the rapid development of the technology and associated production.