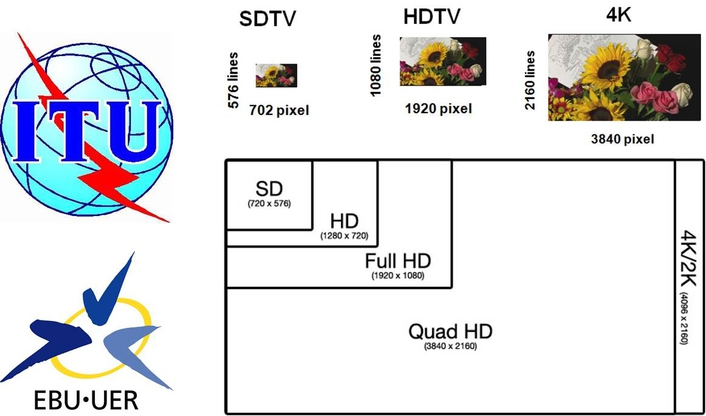 These are the (current name) 4K and 8K UHDTV formats - Ultra High Definition Television. They are constructed as multiples of the 1080p1920 format in ITU-R Rec. 709. WP6C is chaired by David Wood from the EBU Technology and Development Department.

The new formats take advantage of future displays' greater colour range,  have the option of 'constant luminance' encoding, and allow up to 120 pictures/second. Discussions to broadcast these systems currently centre on the to date largely unused 22GHz satellite broadcast band, but terrestrial broadcasting may eventually be possible.

Lieven Vermaele, EBU Director of Technology and Development commented: "Facilitating these superb pictures hasn't been made possible overnight - this represents over ten years of technical discussion and experiment. It has been a long journey - but we are delighted to have arrived at this point and pleased that the EBU has been able to make a contribution to broadcasting history." 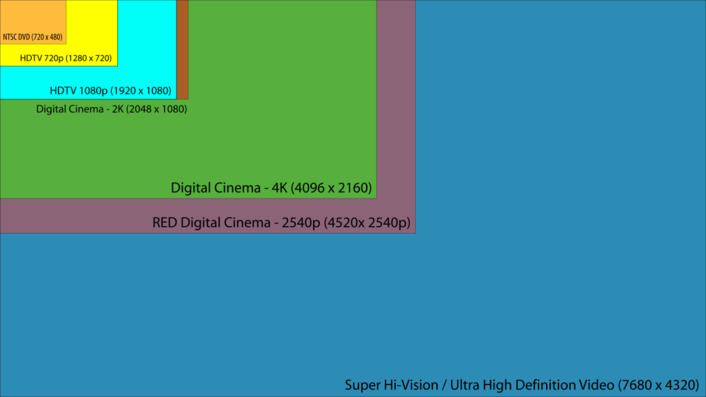 EBU GROUP beyond HD
To monitor the activities and developments and market acceptance of next generation HDTV 1080p/50 (incl. codecs) and to inform Members accordingly. In addition, the group will follow the 4k and UHDTV (e.g. applications at Olympics 2012) and other immersive technologies such as Higher Frame Rate TV, wider colour gamut, high dynamic range, as well as drivers in the consumer market (e.g. 4k display penetration in the future). The group will investigate the impact of these new technologies on broadcasters ecoystem in the longer term, and will ensure Members’ requirements are considered in standards organisations such as the SMPTE and the ITU-R.