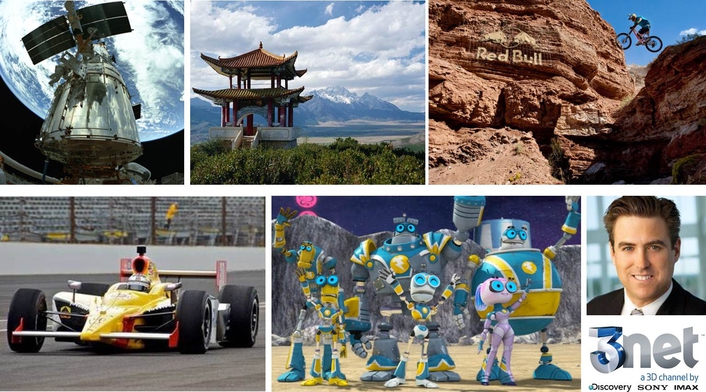 While in the U.S. 3net is available exclusively as a single channel from DirecTV (and from Sky in Europe), for the rest of the world the company said it will pursue a different business model: serving as a distributor of 3D content for others to rebroadcast — licensing its programming (it has 80-percent ownership of all content) as branded blocks or single special events. Cosgrove said the company’s initially stated goal of having the world’s largest library of 3D content by the end of this year is still on track. In December, the network will broadcast 50 hours of new stereoscopic 3D content. It also now calls itself the leading producer (“creator”) of 3D content.

Cosgrove also said that there would be 160 million 3D sets sold worldwide by 2015, which he said is “light years ahead” of where HD was at this early stage of its evolution.