“Enxaneta”, the 3D documentary film on the world of human towers, is being screened in New York this Saturday, 23 June 2012
Feel the vertigo, the energy, the teamwork of one of the world’s most spectacular traditions: these buildings made of men, women and children who climb on one another up to 10 floors. Discover it in 3-D! Premiered in Paris last September, the aim of the film is to present human towers to the world in a way that has never been done before. The Castellers de Vilafranca, one of the most important human tower groups, will participate in the presentation of this spectacular 3D movie with a human tower.

“Enxaneta”, the 3D documentary film from TV3, the public Catalan television, on the world of human towers, will be screened in New York on 23 June. The screening will take place at 10:30 a.m. at the AMC Lincoln Square Theater in the Upper West Side in Manhattan, New York City, and will coincide with a demonstration from Castellers de Vilafranca, one of the most important human tower groups in Catalonia. This group from Vilafranca will participate in the presentation of “Enxaneta”, with performances before and after the screening of the film. Among those attending the demonstration of the human tower will be the president of the Government of Catalonia, Mr. Artur Mas.

“Enxaneta” is the Catalan word for the child that "crowns" the top of the tower. The film demonstrates the values that have made this two-century-old tradition, still very much alive today, declared by UNESCO to be amongst the Masterpieces of the Oral and Intangible Heritage of Humanity. These values are the spirit of surmounting, teamwork and the integration of people of all ages and all nationalities, and “Enxaneta” aims to make them known around the world. Nominated during the previous Barcelona Gaudí Awards in the category of best documentary film, this production premiered in Paris in September during a business meeting as an example of social cohesion and integration into Catalan society. Since then, television in Britain, Sweden, Finland, Slovenia, Austria, Jordan, Brazil and Mexico have been interested in the broadcast.

Parts of the film were also screened in San Francisco in January, at  2012 Stereoscopic Displays and Applications, where it was selected “for its high level of production, including its stereoscopic, as well as its strong human interest”. Since its release in 3D theatres in Catalonia, special screenings have been carried out in Palma, Manacor (Spain) and Perpignan (France), among other locations. 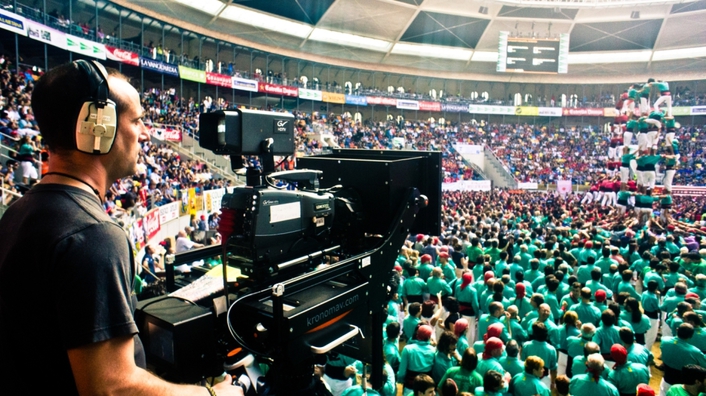 The project for the documentary “Enxaneta” began with the filming of a human tower Competition in 2010. TV3 sent two mobile units with 15 cameras, a spidercam and a 3D polecam. A team of 60, including international experts, was sent to film the event, which was also being broadcast live in 3D. “We deployed a spectacular array of technical equipment” says director Paulí Subirà.

Five hours of spectacular, unedited footage was shot during the coverage of that event, capturing unique moments of intense emotional and visual impact, which served as the basis for the film. The cameras placed on the team members themselves, the spidercam that flew over the castells, provided shots that drew the audience into the heart of the event. “During the transmission we saw that castells in 3D was a truly spectacular experience,” says Paulí Subirà. “It was almost like being there in person: the sensations, the fear, the vertigo… These scenes inspired us to explain what castells really are, to show what the participants feel.”

Enxaneta” is the result of TV3’s firm commitment to 3D production. TV3 is Spain’s pioneer in 3D filming and has produced some major breakthroughs in this field: the first transmission of a UEFA Champions League final, the first live broadcast of a concert in 3D and 5.1 surround sound, and the 3D filming of other major events. 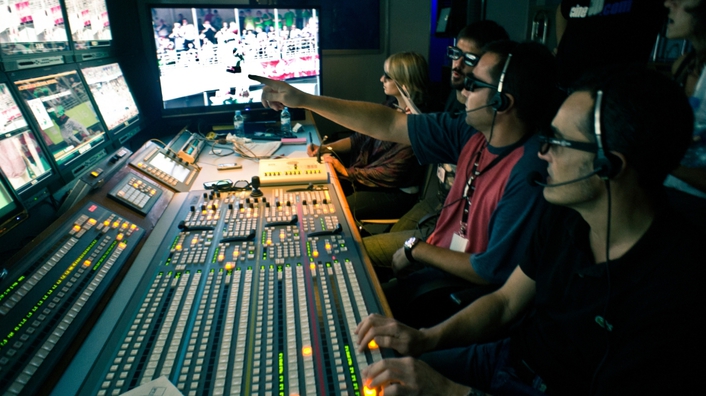 About TV3 – Televisió de Catalunya
TV3, based in Barcelona, is the television company of the Catalan Broadcasting Corporation (CCMA). It was founded in 1983 with the mission of restoring the Catalan language and culture to their rightful place. Today it is Catalonia’s main communication medium and the TV network that is most watched by the country’s citizens. Its programming is firmly committed to social and democratic values, pluralism, and public service.

Castells in 3D – Like y...ve never seen them before
The 3D Documentary Film
TV3 – the First 3D Broadcaster in Spain