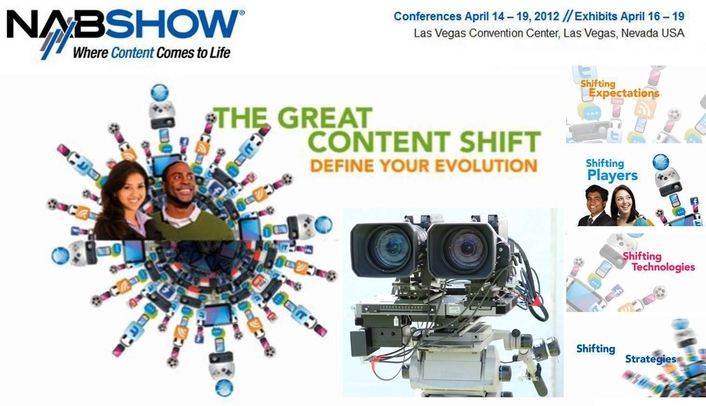 .
From Super Sessions to Conferences to Training and on the Exhibit Floor, the latest in 3D will be featured at NAB Show.

In the Super Sessions

CAMERON | PACE GROUP: The Secrets of Making 3D Profitable
Before CPG, broadcasters were unable to make a viable business case for 3D. But now, CPG's revolutionary 5D solutions enable crews to shoot 2D and 3D at the same time, without a significant increase in production cost or personnel. In this session, CPG will reveal the strategy and the details behind 5D productions, including the ESPN Winter X Games where 35 rigs were used to accomplish the largest 5D production in history. MORE

In the Creative Master Series

Titanic to 3D: 279,360 Frames
Converting "Titanic" from 2D to 3D was an artistically demanding, detailed and painstaking process that involved recreating each of the motion picture's 279,360 frames in the filmmaker's stereoscopic vision. Lightstorm and Stereo D brought together more than 450 people who worked for 60 weeks to make the highest quality conversion possible and meet the April day-and-date release schedule. Go behind the scenes with the filmmakers and learn about the challenges they faced creating a 3D experience for one of the most successful feature films of all times. MORE

The Brave New World of Filmmaking with Digital Technologies
From 4K and high frame rate acquisition, to production design with 3D software, from virtual shot choreography and compositing, to fully functional, immersive CG sets, new digital techniques are transforming the art and craft of filmmaking. Join leading filmmakers from the AMPAS Cinematographers, Art Directors and Visual Effects Branches as they look at the benefits and challenges of creating motion pictures with new digital technologies, showing clips and citing their work on some of Hollywood's most honored and revolutionary projects. MORE

Keynote: How Creativity and Technology Merge to Influence Storytelling and Film
Get a taste of how advances in digital technology can be used to help you create engaging, thought-provoking work more quickly than ever before. MORE

In the Broadcast Engineering Conference

In the Technology Summit on Cinema 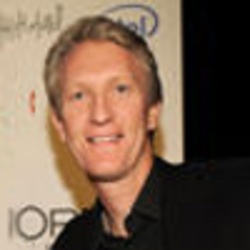 Keynote: A Change Is Gonna Come – In Fact, It's Here
Very few professionals are able to witness and be involved first hand in a paradigm shift... a complete change in the way business is done. We, in the entertainment business, are in that enviable place as theatres, one of the last bastions of analog media, transform to digital specs. And, this transformation is a complete game changer – not just for the exhibition community, but for the entertainment industry as a whole. During this session, we'll address our need to be innovators and how – together – we can conquer and thrive in the exciting, burgeoning new technological world. MORE

Cinema Sound Advances
There have been exciting recent advances and ongoing standards work in sound for cinema exhibition. This session will provide an update on the progress of the SMPTE B-Chain Study Group focusing on acoustical measurement techniques for improved interchange and interoperability for the cinema, a novel approach on packaging and playback of audio tracks for 3D, and a presentation on audio processing for cinema applications. MORE

3DIY: Toolsets for Independent 3D Filmmaking
Emerging digital toolsets are driving a wave of independent production of stereoscopic motion pictures. New 3D movies in every conceivable genre, from documentaries and avant-garde experiments, to dramatic and humorous narratives, are being made by fiercely individual filmmakers all around the world. In their hands, the 3D film is evolving a new visual grammar for the motion picture screen. Four independent 3D moviemakers discuss the digital toolsets they used for capture, post-production and deliverables of their stereoscopic motion pictures. Each of the indie 3D filmmakers shows a short 3D clip of their work and discusses the toolsets used. MORE

High Frame Rate Stereoscopic 3D
Higher Frame Rate (HFR) 3D has become of great interest to the creatives, including such notables as James Cameron and Peter Jackson, as a way to improve overall 3D presentation quality. Both are pursuing projects to produce 3D at high frame rates. This session will explore some of the scientific, technical, and business issues this creative direction elicits. MORE