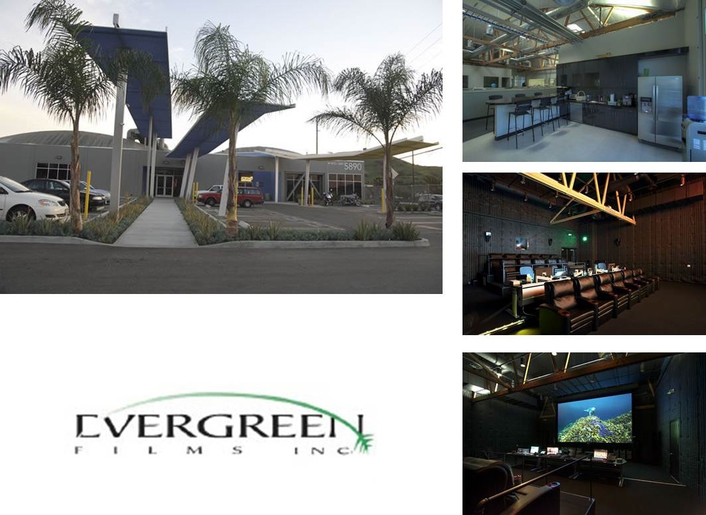 Evergreen Films newest facility is in Los Angeles, replacing the current Pacific Palisades location
Located near the popular and rapidly growing media center of Culver City, Evergreen has opened a new 12,000 square foot facility with all of the latest technology. Included is a 2D/3D screening room with a 23 foot screen and full color grading facilities. A 1,200 sq ft insert stage allows in-house production of small scenes and visual effects shots. With eight edit stations and lots of office space this new facility will serve Evergreen Films well over the next several years.

All editing, compositing, and color grading stations are connected through a StoreNEX network to common storage (~240TB). All offices are connected by fiber channel to the central servers. Optimized for 2K and 4K post-production, this facility supports Television, Theatrical and IMAX productions. The equipment configuration in Los Angeles is identical to that in Evergreen Film's Anchorage facility, supporting a common workflow and allowing secure, geographically distributed data backup.

Taking the Third Dimension from Concept to Screen

Developing a film in 3D has a totally different approach than dimensionalizing a finished production in post.  For Evergreen, the process begins by visualizing how 3D can enhance the "experience" of a film as 3D has the power to totally immerse the viewer in the story and take a film or television show to an entirely new level of imagination.  With a veteran team of experienced 3D filmmakers, we are setting the standard for future 3D production. 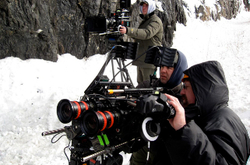 Evergreen Films' producers, directors and writers are specially trained to understand the nuances and advantages of 3D acquisition and how choices they make during the entire filmmaking process impact the final product.  They are committed to using 3D as a powerful storytelling tool instead of a visual gimmick.

Evergreen is unique among the leading 3D film studios as it is not simply a technical facility but a full-scale film production house that can take a project from its initial creative concept all the way through post-production. It handles financing, screenwriting, pre-production, photography, post-production and, where applicable, digital delivery. Recognizing that 3D is the future of our industry, Evergreen has invested millions of dollars in studios, equipment and talent.  Evergreen's resources allow to make a production efficient, cost effective and visually stunning. 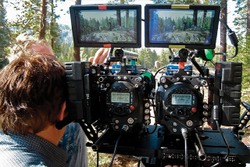 As an international leader in 3D technology development and innovation, Evergreen makes the entire production pipeline flow from start to finish with 3D production facilities in Los Angeles and Anchorage. Both locations include a large screen 3D theater that enables to see the 3D experience unfold as an audience would during post-production.

Evergreen's 3D workflow is setting the standard for the industry. The post-production team employs the single-most cost effective way of managing 3D material.  From image capture through duplication, prepping dailies, editing, final 3D color grading and Digital Intermediate work, Evergeen is able to cover it all in one streamlined process.  The in-house Smoke and Lustre systems allow 2K real-time color grading and 3D adjustments (including the critical element of convergence). 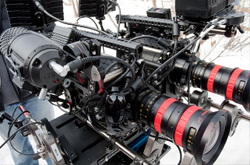 Most Flexible 3D Rigs Ever Designed

Through the close relationship with Element Technica, Evergreen is the very first owner of Element’s new Quasar 3D camera platforms: the lightest, most robust and versatile 3D rigs on the market.  With Evergreen as the exclusive beta tester of the entire Technica 3D line, Element has created an incredibly sturdy rig that can support any camera – be it digital, film or video.  The camera agnostic rigs are both rigid and flexible: rigid enough to withstand being knocked around on location and uniquely flexible to convert quickly between parallel and beam-splitter configurations.  For even greater flexibility in a variety of lighting conditions, the beam-splitter’s mirror can be mounted either underneath or above the lenses.  Crane shots are effortless with the wireless 8-motor remotes – controlling focus, iris, zoom, interocular distance, and convergence on both cameras.

Evergreen has built the ability for fast setups, quick calibration, and easy movement into these rigs.  For both soundstage and location work, 3D has never been this straightforward and user-friendly.  Calibration requires no tools and can even be done with gloves on.The repertoire of camera and lens combinations can cover every shooting condition imaginable. 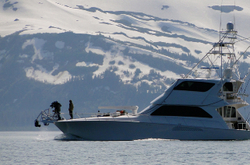 Evergreen stays involved in the many Hollywood forums and events that are helping to set standards for the 3D industry. With the excitement surrounding the 3D realm, Evergreen has recently spoken at a number of industry events, been featured in leading trade publications and provided 3D footage that helped Panasonic win Best of Show at the Consumer Electronics Show with their new 3D plasma televisions. Evergreen has also been involved in several live 3D productions, including the remake of We Are The World, Larger Than Life in 3D with the Dave Matthews Band and Phish 3D.

Evergreen Films' primary focus, however, is on their slate of theatrical and television projects, most of which will be produced in 3D.