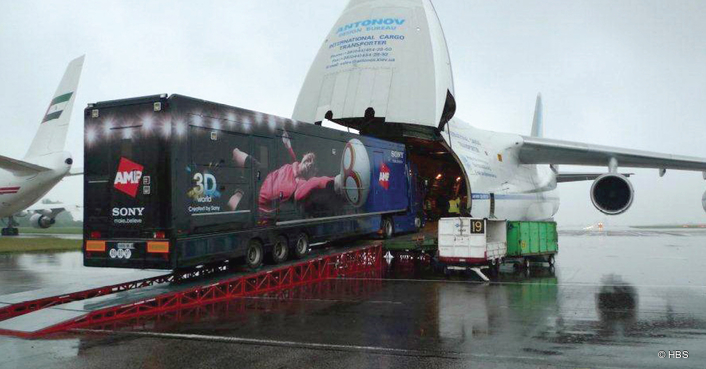 Departure of AMP's 3D "Car 8" to South Africa
The two Sony equipped 3D OBVans arrived in Johannesburg on 3rd June in the evening. After extensive testings by HBS on various events during the last two months in England and France, the two 3D OBVans - one from AMP and one from Telegenic - were flown into South Africa. "Car 8" owned and operated by the French Company AMP and "T 16" owned and operated by the British company Telegenic are the first two European 3D OBVans covering a prestigious event like the FIFA World Cup.

"Car 8" and "T16" have been retrofitted to be 3D ready and were put into service at the beginning of April 2010. Both trucks feature a 3D layer (time code synchronized dual stream operation) throughout the entire infrastructure including the MVS-8000 vision mixers, the SRW-5800 VTRs and the XT[2] servers. 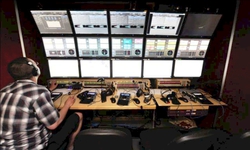 In addition to the vision control area a convergence area was established in each truck where a stereographic team is required to monitor the left eye and right eye images to ensure the 3D images stay within acceptable parameters. The MPE-200 processor box from Sony working in conjunction with Sony's MPES-3D01 stereo-image processor software helps a lot to reduce the complexity of monitoring and correcting the live signals in the truck. In addition to the work of the color correcting team, the stereoscopic team has to monitor the camera signals also in real time making tiny adjustments as they go to maintain depth and image quality of the two parallel camera signals.