“Enxaneta” is one of the first documentaries produced entirely in 3D in Spain
Yesterday, at Maison des Polytechniciens in Paris, the TV3 3D film “Enxaneta” premiered, presented by the Government Delegate of the Generalitat de Catalunya to France, M. Miquel Vila Regard, and the President of the XXIe Siecle Club.

Afterwards, there was a lecture by sociologist Salvador Cardús and the vice president of Coordinadora de les Colles Castelleres, Miquel Botella, with the participation of the Mayor of Vic, Josep Maria Vila d’Abadal Serra. The theme was the integrative nature of “castells” (human towers).

Declared an Intangible Cultural Heritage of Humanity by UNESCO, castells are an example of the participation of people of all ages, backgrounds and walks of life with a common goal, a spirit that is reflected in the documentary film “Enxaneta”.

“Enxaneta” is a 3D documentary, produced by Televisió de Catalunya, about the world of “castells”, a Catalan folk tradition with 210 years of history which involves making human towers. Last year, castells were recognized by UNESCO as an Intangible Cultural Heritage of Humanity. 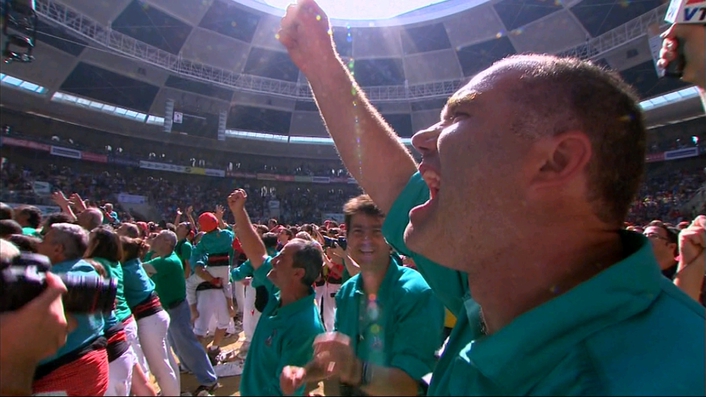 The documentary “Enxaneta” looks at all the values that the “castells” contain and that are deserving of its recognition by UNESCO. Starting from its complete 3D recording of the Tarragona Castells Competition in 2010, “Enxaneta” explains with a girl's voice all of what is experienced by those constructing the “castells” when facing the achievement of a human tower. The spirit of excellence, teamwork, the integration of women and people of all social classes, of all ages and all nationalities make the “castells” a valuable tool for social cohesion within the 61 “colles castelleres” (human tower teams) found in Catalonia.

With the participation of “castell” builders from different teams, “Enxaneta” represents a trip of the whole “castell” family through concepts that have always defined these human towers: courage, strength, balance and reason. The film also addresses issues that have not been covered thus far, such as fear and the risk posed by falling.

In addition to the images filmed in 3D during the Tarragona Competition, the film takes you to unique human pyramids in Valls, Vilafranca and Terrassa, where in 2010 they were able to achieve undocumented “castells” like an eight-level tower without a "lining" (a second-level base built on top of the ground-level base); castles that have been rarely seen, such as three people at each level in a tower of ten levels; and rare feats such as a human tower team ascending to the ranks of outstanding achievement in “castell” building, which no one has been able to do in fourteen years. 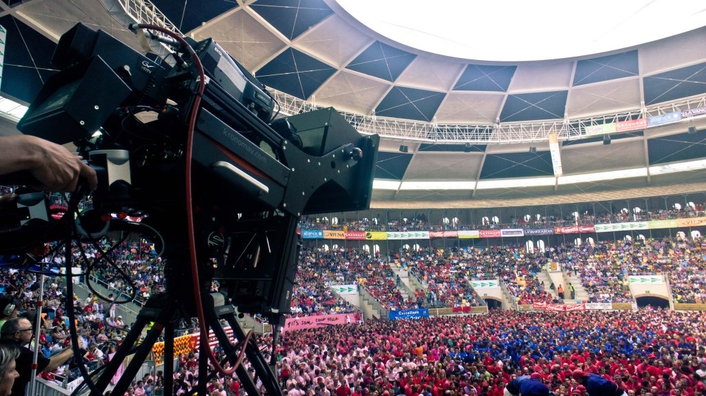 “Enxaneta” is a 3D documentary, produced by Televisió de Catalunya

In line with the commitment that TVC has always had in promoting “castells”, “Enxaneta” is one of the first documentaries produced entirely in 3D in Spain and it has been designed as an informative work that can be understood by any person, from any nationality, regardless if they have seen a “castell” before. At the same time, the film intends to be a reflection of all the feelings, of all the work and all the selfless spirit of excellence that, day after day, these “castell” builders provide, because their country, Catalonia, feels increasingly proud of this old tradition.