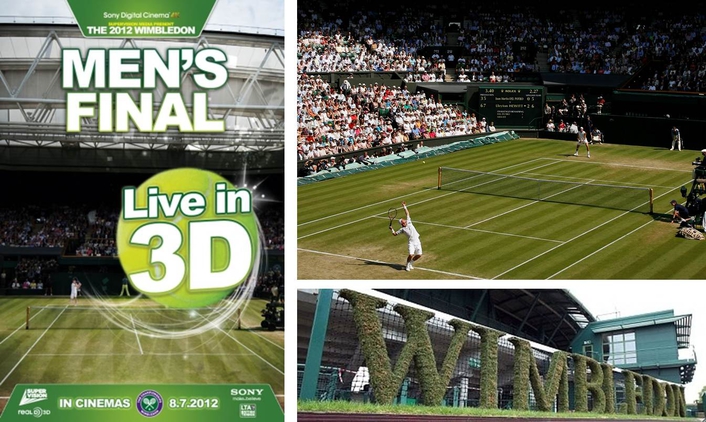 Sony is expanding its 3D production and broadcast coverage for Wimbledon 2012
Wimbledon 3D telecast this year will be much better than what it was a year ago as the team will now have to concentrate on TV viewers of the program only, except for the men's final.

Matches that will be covered are all be played on center court. It will include the men’s quarter finals as well as men and women semi finals. A total of 12 matches would be covered with ESPN 3D holding rights for all the telecast including the final match of both men and women singles. With the rights the US broadcaster will be able to decide how the matches are shot for telecast.

The production team comprises of Sony who have partnered with the BBC and the All England Lawn Tennis Association Club as well. BBC’s contribution to the entire project will be to provide hi speed camera that would capture the action in super slow motion to be converted later into 3D.

Indeed there are other broadcasters involved in the entire program which includes Japan’s WowWow, Sky Deutschland, Sky Italia, Canal+ (Spain), Nova (Greece) and the Tennis Channel. They will take the 3D feed for delivering to their subscribers.

When the event had been captured last year from the quarter finals onwards, the aim was to archive the data as well as experiment with conversion from 2D to 3D. Three of the matches had been transmitted live in 3D. This time though there would not be much after match work for the production team.

The shooting will take place with six 3D capable cameras being placed around the centre court off which 5 would be on 3ality Technica Pulsar rigs that carry the Sony P1 camera. The one that will be placed in the commentary box would be a PMW-TD300 camcorder. For capturing interviews and other ad-hoc shots another PMW-TD300 will be used. The two Gemini trucks from NEP Visions are on hand again building on their last years experience. One of the trucks  is dedicated to the streographer and six convergence operators while the other truck houses the video and audio production areas. Another technical partner of the team is Can Communicate. This years workflow is based on tapeless recording with HDCAM SR-R1000 machines.

Last year when the production team had to cater for both 3D TV as well as cinema screening, they had to tone down on the parallax effect. This time, with no such restrictions in place, the outcome is expected to be a lot more impressive. There is however the men’s final event which will be transmitted live to cinema halls also and therefore the parallax would be adjusted in that case.

A linking camera positioned at the center of the court will link the telecast between 2D and 3D. Last year the 3D telecast has proven to be a good learning ground. 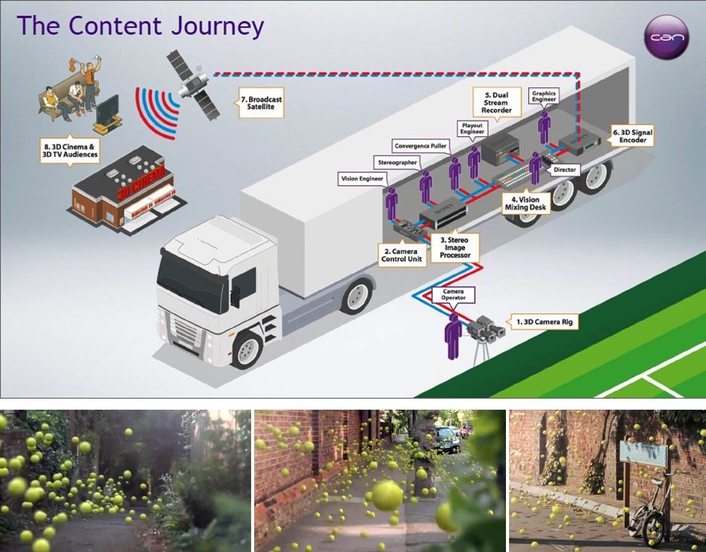 Bringing Tennis to your 3D Set at Home

Sony has a three year deal with AELTC for the Wimbledon telecast in 3D. This being the second year of the three year contract. SuperVision Media hold rights for the telecast into the cinema halls of the men’s final event.