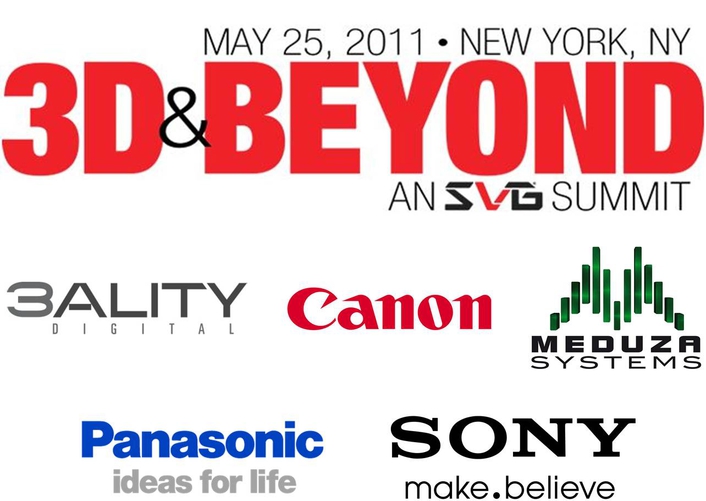 I’ve lived through three major shifts: color, high definition, and now 3D
3D may not have been the belle of the NAB ball that it was in 2010, but technologies and solutions for the 3D-production chain were in full force throughout the show floor. At SVG’s 3D & Beyond Summit in New York on Wednesday, several technology trailblazers took the stage to discuss their companies’ latest 3D offerings and how they will pave the path towards affordable 3D production, writes Jason Dachmann for SVG.

“I’ve lived through three major shifts: color, high definition, and now 3D,” said industry vet Larry Thorpe, national marketing executive for Canon Broadcast. “There were no shortcuts in any of those changes, and there isn’t one here.

“Hi-def was a very lonely place for a long time,” he continued. “There were a lot of companies that spent 20 years producing equipment with no participation whatsoever from the consumer side. But this is different. There is a lot more in play. You have the movie, game, and CE industries fully behind it … and it is a global movement. That never happened with hi-def. If everyone sticks with it, once that trigger happens, it will explode. So I’m still very optimistic.” 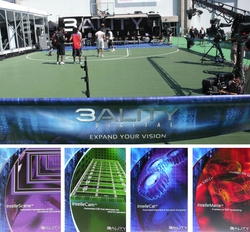 With convergence operators costing upwards of $600 per day (according to 3ality Digital Director of Production Ted Kenney), 3D producers are constantly asking, “How do we get rid of the convergence operators?” At NAB, 3ality Digital looked to take the first step towards making this a reality, introducing the first two installments in its 3Space suite of 3D automation software: IntelleCal and IntelleCam. IntelleCal automatically aligns two cameras on a rig with the push of a button, while IntelleCam automatically controls the convergence and interaxial spacing for the cameras.

“Between the Cal and Cam, it’s a game changer for us,” said Kenney at the 3D & Beyond Summit. “We tested it this past weekend with BSkyB on a few soccer games, and it came out great. There were eight cameras operating without convergence operators.” 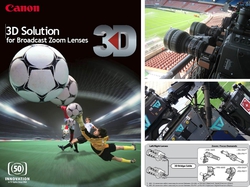 At NAB, Canon aimed to attack the mistracking issues — when the zoom, iris, or focus of the two lenses in a 3D rig do not match up perfectly — that have plagued 3D-production crews for years. The combination of the company’s new 3D Lens Adjustment Software, 3D Bridge Cable, and Digital Drive Unit are intended to make stereoscopic tracking of the zoom, focus, and iris more precise. The software allows appropriate offsets to be easily made using the Digital Drive Unit’s display to compensate for minor zoom and focus tracking differences between any two lens pairs. With the 3D Bridge Cable, the software also makes it possible to use standard lens controllers.

Despite the leaps made in mistracking, Thorpe believes that miscentering — caused by the varying tolerances of the lens’s optical center and the camera’s optical center — continues to be one of the most significant issues facing 3D producers and manufacturers.

“We still haven’t solved the vexing problem that is the reason for all these very sophisticated motorized rigs, and that is the miscentering of any two random cameras and two random lenses,” he said. “You put them all together, and you’ve got four tolerances. To fix that is still a painful business. We’re working on trying to find a solution. We’re still whacking away, but it is a tough one. It is probably the fundamental problem that needs to be solved today.”

One new player at NAB this year was Meduza Systems, which received a TV Technology Mario Award for its innovative camera system. Built from the ground up, the system is a single camera with a single set of electronics and a single set of controls that powers multiple imaging sensors at the same time. The modularized system is sensor-agnostic.

“The idea behind Meduza is that we have created a lot of 3D production based on forcing 2D cameras into doing 3D, which certainly can be done,” said Meduza Systems President Jonathan Kitzen. “But, at Meduza, we took the opposite approach, which was building an entire camera system ground up from the sensor forward. The camera is built around the fact that sensors now become obsolete about every six months. Our system allows you to switch out the front head, and it calibrates itself. That allows you to use it in 2D, 3D, or other types of productions.”

Meduza plans to release the camera system in September 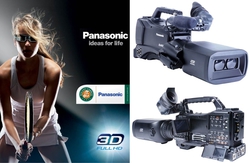 Panasonic also made a few bold 3D statements with their product introductions at NAB, including its second-generation 3D camcorder, the AG-3DP1, whose debut for live broadcasting is occurring at the French Open tennis tournament. The P2 3D camcorder comes with a new 17x twin-zoom-lens system and features an expanded range for both wide-angle and telephoto settings.

“It is a shoulder-mount camera, and it definitely targets those sideline camera positions and 3D [productions] that need to get in close to the action,” Michael Bergeron, Strategic Technology Liaison, Panasonic Solutions Co., told Summit attendees. “We’ve done whatever we have to do to get the camera into that package. By getting the cost point down to somewhere similar to a 2D camera-and-lens combination, we’re hoping we can get more cameras out in the field and more shooting angles. We think that will increase the vocabulary of 3D shots in sports over the next year.” 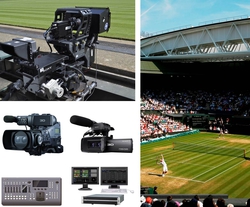 Sony was among the most outspoken supporters of 3D at this year’s NAB, unveiling a host of new 3D technologies, including two 3D camcorders: the shoulder-mounted PMW-TD300 and the HXR-NX3D1U NXCAM compact camcorder. According to Director of 3D Business Development Rob Willox, Sony sees sports as a primary driver for these innovations.

“We had a significant introduction in pretty much every facet of the 3D-production chain [at NAB],” said Willox at the 3D & Beyond Summit. “Look at what we did at World Cup this time last year compared to what we’re doing today: the cameras are different, the transmission is different since we’ve gone to full 3G, the rigs … are at a lower cost, and our switcher [used for 3D] is new. Within a year, the entire production chain has changed tremendously.”