3Flex production technology harnesses advanced mathematics to make shooting and post fast and foolproof
3ality Digital, a world leader in advanced technologies to empower creative digital stereoscopic 3D (S3D) acquisition, has highlighted its unifying system that automatically provides consistent, controllable and stable S3D images from acquisition to delivery at IBC together with Grass Valley and Alfacam. The software algorithms of 3Flex are implemented in its shooting rigs, its stereoscopic image processors (SIPs) and in post production tools.

With 3Flex and its underlying advanced mathematics, it is possible to provide the level of precision required to establish and maintain the desired effect. An error of as little as five pixels, which would be typical of alignment by eye, will cause eyestrain with the viewer, and potentially more significant discomfort and health issues. It is practical to achieve sub-pixel accuracy with 3Flex.

“Other people talk about five visual cues for depth: stereopsis, convergence, parallax, occlusion and perspective,” explained Steve Schklair, CEO of 3ality Digital. “Our research shows that this is an inadequate description of the psycho-visual mechanisms of stereoscopic 3D. We have identified at least 24 depth cues.” 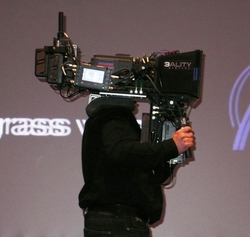 “In order to describe them, and understand their effects and interactions, our designers found conventional Euclidean geometry was inadequate,” he continued. “Drawing on earlier research and modelling the processes in Riemann spatial differential geometry, we have achieved a far greater understanding and, much more important, we have implemented a far more sophisticated level of control.”

This control is installed in 3Flex, the unifying production software. For example, a 3ality Digital stereo camera rig will be linked to a SIP to allow continual real-time adjustments to all of the axes of movement. This total geometry management ensures complete consistency in the impression of depth, which in turn leads to a more stable, more immersive viewer experience. 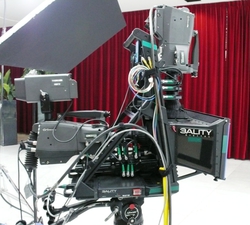 “The overwhelming conclusion is that it is really important to get the geometry perfect when you are shooting: if you do not understand the complexities of the issue you might make some adjustments in post which adversely affect other parameters,” Schklair added. “On the other hand, 3Flex is also important in post production, for instance in ensuring that visual effects match the background plates perfectly.”

“This is a complex subject – more complex even than most stereographers understand,” he added. “We are focussing on 3Flex at IBC2010 because it gives us the chance to explain the subject in some detail, as part of our mission to shine a light on some of the mysteries surrounding stereoscopic 3D.”