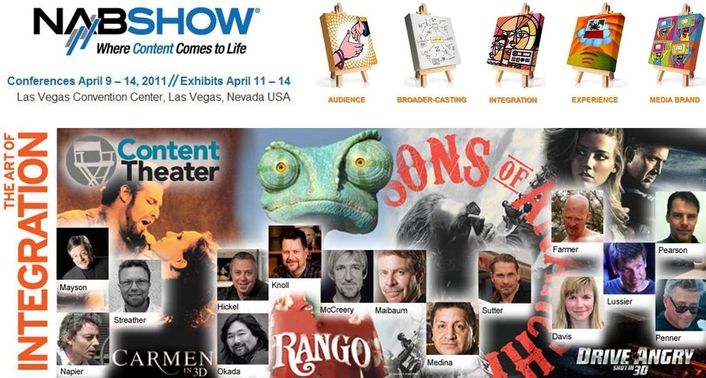 3net is a joint venture by three of the world's leading media, technology and entertainment companies - Discovery Communications, Sony Corporation and IMAX. The network, which launched in February 2011, leverages its venture partners' combined strength in all aspects of the 3D ecosystem- content, technology, television distribution and operations- to deliver the highest quality and most immersive three-dimensional viewing experience to home television audiences. It is pioneering the production and broadcast of a wide-range of native 3D programming for the emerging in-home marketplace, with the goal of setting the "gold standard" for 3D TV content.

"3net: Programming and Producing High-Quality 3DTV" will uncover 3net's ultimate vision for content and distribution, using new and yet-to-be-released footage as illustration. Panelists will address the creative and technical challenges to producing and acquiring compelling, multi-genre content for the emerging 3D consumer marketplace. They will also talk about 3net's top productions and go over how these shows meet and exceed the network's creative and technical standards.

About the NAB Show

The NAB Show, held annually in Las Vegas, is the world's largest electronic media show covering filmed entertainment and the development, management and delivery of content across all mediums. With nearly 90,000 attendees from 151 countries and more than 1,500 exhibitors, the NAB Show is the ultimate marketplace for digital media and entertainment. From creation to consumption, across multiple platforms and countless nationalities, the NAB Show is home to the solutions that transcend traditional broadcasting and embrace content delivery to new screens in new ways.