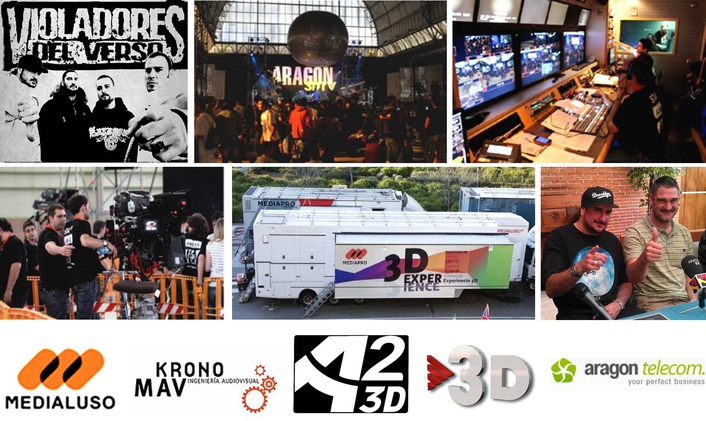 The event was produced live in 3D and 5.1 Dolby E sound using cinema quality broadcast via satellite for movie theatres in Zaragoza, Europe and Latin America and in simulcast for the TV channels which broadcast in 3D such as TV3 and Aragón TV.

“Violadores del verso” is one of Spain’s leading rap bands and their latest record, which featured heavily in the concert, is “Vivir para contarlo”. The album’s title was a suitable description of the concert which allowed viewers to lose themselves in the music even though they were thousands of miles away from the concert location in Torre del Agua in the Expo buildings.