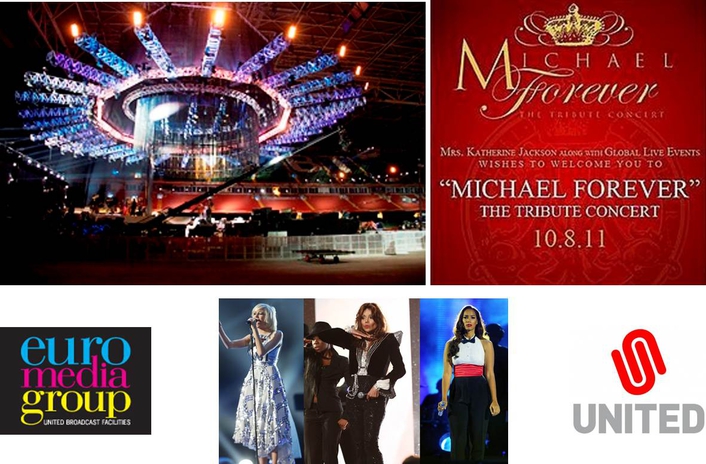 The Euro Media Group team was there together with the OB truck 14 from United to record the concert
Tens thousands of fans were at a concert in Cardiff on Saturday 8th October in memoriam  of Michael Jackson, the “King of Pop” who died in 2009 in the middle of rehearsals in California at the age of 50.

The concert, called "Michael Forever", took place at the huge Cardiff Millenium Stadium, where the EMF team often has been to film rugby matches.

The Euro Media Group team was there (an interesting mix of nationalities – Dutch, British, Belgian and French) together with the OB truck 14 from United to record the concert, using nine 3D cameras; four of these were equipped with Microfilms rigs in a tapeless system based on EVS technology, while four others were mounted on Element Technica rigs (Pulsar) on cranes. The ninth camera pair was operated on a Steadicam with Freestyle rig. Finally, 3 Terenax VC100 systems were used to convert 2D signals from other cameras to 3D. 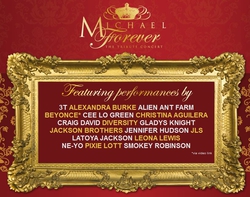 Some thirty countries were unable to see the broadcast due to a rights problem, but within the stadium there was a fabulous atmosphere for the four hour-long concert.  Jamie Foxx presented the show, along with friends of Michael Jackson and performers like Beyonce, Christina Aguilera, 3T, Cee Lo Green, Leona Lewis, Jennifer Hudson, Craig David and Smokey Robinson.