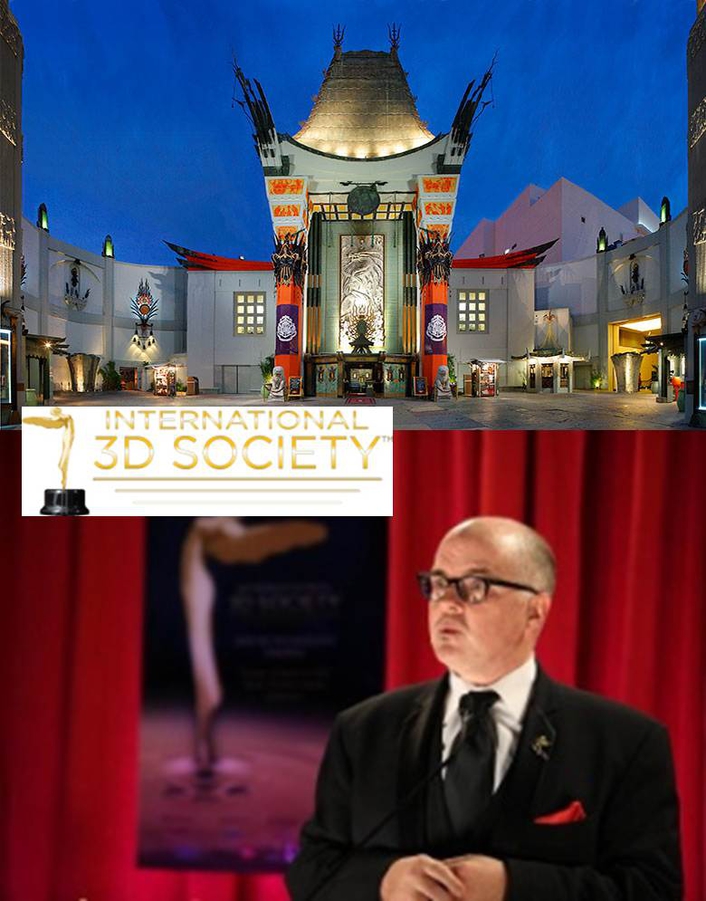 “There was an excitement in the theater tonight reflecting the growing confidence that 3D is an art, a craft and a good business to be in”

Panasonic Corporation received the organization’s first “Charles Wheatstone” Award honoring its advocacy, technology and consumer engagement in the development of the stereoscopic 3D products. Chris Condon was honored with the “Charles M. Brewster” Award for lifetime achievement. Condon, whose work in 3D filmmaking spans 50 years, is the first individual to be honored for a lifetime of 3D innovation.

There were three categories of 3D Technology Awards presented: Century, Lumiere, and Gold. The Century Award is the highest honor for a company or individual recognizing major contributions over the past thirty years; Lumiere Award and Gold Award recipients are recognized for more recent accomplishments.

“There was an excitement in the theater tonight reflecting the growing confidence that 3D is an art, a craft and a good business to be in,” noted Jim Chabin, President of the International 3D Society.

Buzz Hays, Society Chair and Executive Stereoscopic 3D Producer for the Sony 3D Technology Center, Sony Corporation of America, added: “These innovators are helping pioneer the next generation of storytelling. Without them, we, as creators, would not have the bright 3D future ahead that we do.”

About the International 3D Society

The International 3D Society was founded to advance the art and technologies of stereoscopic 3D content and its professional innovators.