“Derby Of Eternal Rivals” in 3D 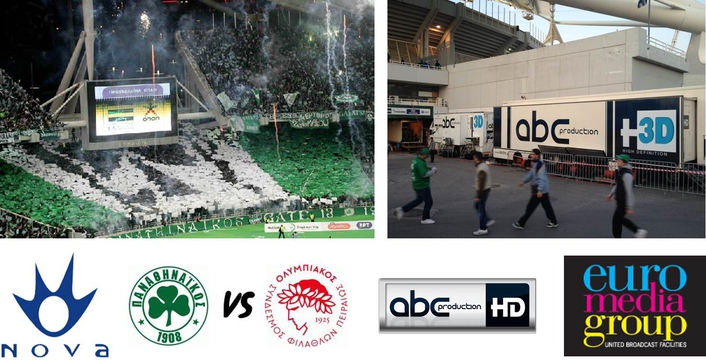 ABC Production's HD OBVan HD2 was combined with EMG's 3D Add-on-Truck to produce the 3D signal for NOVA
FC PANATHINAIKOS ATHENS and FC OLYMPIAKOS PIRAEUS are far and away the two most successful sides in the history of Greek football. The two sides also happen to be the bitterest of rivals for reasons that originated outside the football stadium and, as a result, the local derby between the two is always guaranteed to feature a highly-charged, electric atmosphere.

The last match of the two teams was played on 18 March 2012 at the Olympic Stadium in Athens and was covered in 3D by ABC Production with the support of Euro Media Group (EMG) for the Greece pay TV broadcaster NOVA. It was the very first time a football match in Greece was produced in 3D. In addition the match was produced in 2D HD with 26 cameras by ABC Production.

ABC Production / EMG had set up five 3D camera positions (10x Sony HDC-P1) at Olympic Stadium in Athens. Four camera pairs were mounted on 3D rigs from Microfilms, while one camera pair was on a side-by-side rig from Stereotec. The calibration, the analysis and the 3D correction was proceeded on five Sony MPE-200 image processors.

Via a Blackmagic VC100 2D-3D processor selected 2D signals from the 26 HD cameras (mainly the 16m high positions with the inclusion of the virtual offside line) could be included in the 3D signal. 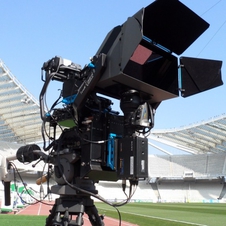 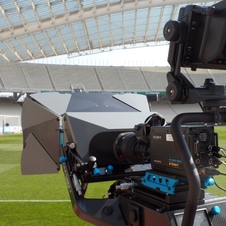 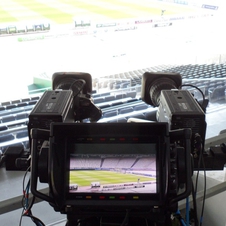 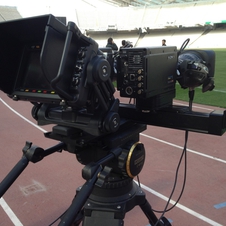 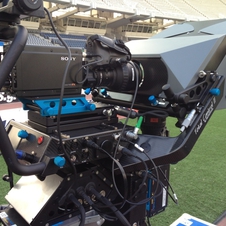 ABC Production's HD OBVan HD2 was combined with EMG's 3D Add-on-Truck to produce the 3D signal for NOVA on a Grass Valley Kayak vision switcher and via 2 EVS XT Nano servers with 3D option the replays were managed.

The 3D graphics was provided by the broadcaster NOVA. It was the first match that was broadcasted in 2D and 3D at the same time by NOVA. The HD signal was produced with ABC Production's HD1 truck.

Since the 1959-60 football season, FC Olympiakos Piraeus is holding the edge in the win column, 37 to 26 (41 draws), opposite cross-town adversary FC Panathinaikos Athens for Greek Super League matches played. Olympiakos have been more dominant throughout the history of the Greek Cup with 19 wins against just nine losses (ten ties).

Paced by a pair of goals from France World Cup striker Djibril Cisse, Panathinaikos did pull off a come-from-behind victory in the Derby of Eternal Rivals on 18 March 2012.