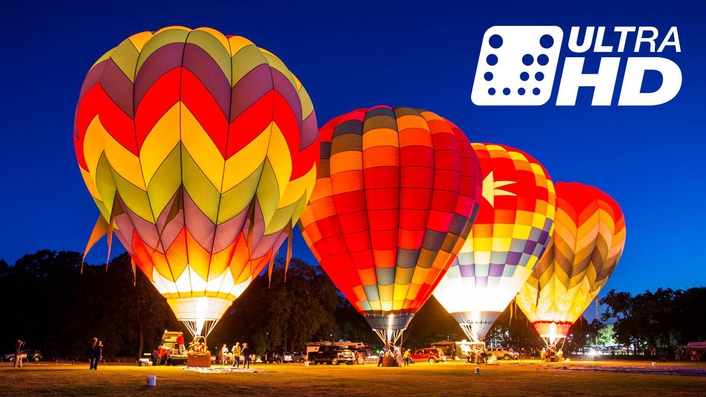 Ultra HD programming is expected to see strong take-up rates globally, with failure to invest now will mean a failure to tap into its growing premium revenues, according to Alan Crisp, Analyst at satellite industry market research and consulting services firm NSR.

Writing in NSR’s ‘Bottom Line’ Blog, Crisp says that despite continuing concerns about OTT threatening the future growth of Linear TV (which are for the most part unwarranted), Ultra HD, with its premium nature, is being seen as a fresh way to grow DTH, Cable and IPTV businesses further worldwide.

According to NSR’s recently released Linear TV via Satellite: DTH, OTT & IPTV, 8th Edition, the number of Ultra HD channels broadcasting will accelerate longer term with growth of the new format in every region worldwide, developing and developed

On DTH platforms, by 2024 NSR expects Ultra HD linear content to consume approximately 70 transponders globally from 315+ Ultra HD channels. This equates to an estimated additional $185 million in leasing revenues from Ultra HD content on DTH alone. This means in 2024, Ultra HD represents 1.2 per cent of capacity globally on Ku-band DTH – a niche market, but one which is highly sought after by the premium market.

For video distribution to Cable and IPTV headends, a similar trend emerges: 180 Ultra HD channels on Ku-band and 75 channels on C-band, leading to a combined total of 57 transponders, roughly 4 per cent of global distribution capacity on all bands attributed to Ultra HD, leading to an even larger $219 million in leasing revenues.

“NSR previously noted that SD programming is the largest driver for subscribers, revenues, and channels in developing (high growth) regions. Whilst NSR sees SD to be the largest growth opportunity in these regions, Ultra HD plays a key supplemental role at targeting those with increasingly higher levels of disposable income available. This is the view that DTH platforms in India took when they publicly announced their Ultra HD plans, with sports content now available in the format, likewise with Tricolor TV in Russia when they are expected to launch their Ultra HD channel in the next year,” reports Crisp.

“On the other hand in developed regions, where subscriber growth remains low, and in the United States in some instances declining, Ultra HD is poised to be a way to move customers from basic TV packages, primarily SD content, towards premium and ultra-premium services, thus increasing ARPU and revenue growth. KT SkyLife in Korea and Sky PerfecTV in Japan are already broadcasting 24 hours per day a variety of content on their linear streams. Both markets are already quite saturated with pay-TV, but they intend for Ultra HD to increase revenues from their existing subscriber bases,” he notes.

“Ultra HD isn’t limited to the realm of Linear TV – in fact far from it. The popularity of the format has already been demonstrated in North America and elsewhere with the success of the Ultra HD subscriber base on Netflix, where not only is Netflix able to charger higher monthly fees for Ultra HD access, but actually been successful in convincing customers to join this highest tier. Higher ARPUs from Ultra HD content have already been demonstrated,” he observes.

According to Crisp, this combined with the fact that Ultra HD TV sets are now lower in price than ever before, with Sharp now selling Ultra HD TV sets for under $600, means that Linear TV will follow in the footsteps of OTT services and start broadcasting content soon in the new format.

“Although these OTT services are cutting into viewing hours of traditional Linear TV content, it is NSR’s view that there remain very compelling reasons for consumers to continue subscribing and paying for Linear content – most notably movies, sports, and other live events. What’s notable is this is the exact type of content that is first being filmed in Ultra HD – movies and sports. Without an Ultra HD service in the medium-term, Linear TV may appear to be a lower quality service compared to OTT in regions that are offering Ultra HD content. Thus implementing Ultra HD for sports content adds yet another compelling reason for customers to sign-up and remain subscribers for pay TV services. With Netflix, YouTube and other OTT platforms already serving Ultra HD content and consumer awareness and familiarity of Ultra HD rising, consumers in developed regions will come to expect Ultra HD content on their pay TV services, sooner rather than later. No wonder satellite operators are upping their investment for these high quality products,” he says.

In conclusion, Crisp says that Ultra HD programming is expected to see strong take-up rates globally, with fastest growth expected in North America and the weakest in Sub-Saharan Africa. “Although SD content is driving growth in developing regions, providing Ultra HD content is important to capture the higher levels of spending that some in these markets can afford. While the satellite capacity requirements over the long-term are a niche market, it is an important niche that will drive Linear TV platforms towards higher ARPUs and revenues. The upward trend for Ultra HD is clearer than ever, and a failure to invest now will mean a failure to tap into its growing premium revenues.”