Every four years, the Olympic Tennis tournament attracts the world’s top stars. At Beijing 2008, Rafael Nadal won the men’s Singles, while the Williams sisters triumphed in the women’s Doubles. All the players will be aiming for a showdown on Wimbledon’s Centre Court, where the Olympic champions will be crowned.

History
Most historians believe that tennis originated in France in the 12th century, but the ball was then struck with the palm of the hand. It was not until the 16th century that rackets came into use, and the game began to be called "tennis." It was popular in England and France, although the game was only played indoors where the ball could be hit off the wall. This later created much controversy between many people who thought that it was unfair for the opposing team. They claimed that the other team was able to hit the ball in a certain way for it to hit the wall and come back to them. Henry VIII of England was a big fan of this game, which historians now refer to as real tennis.

Tennis appeared at the first modern Olympic Games in 1896 but was dropped from the programme after the Paris 1924 Games. It returned 64 years later, with Miloslav Mečíř (Czechoslovakia) and Steffi Graf (West Germany) winning gold in the two Singles tournaments at Seoul 1988. Since then the sport has been a target for the critics who feel that, because the career highlight for major players is clearly a Grand Slam tournament, rather than Olympic gold, it does not really merit its place in the programme. 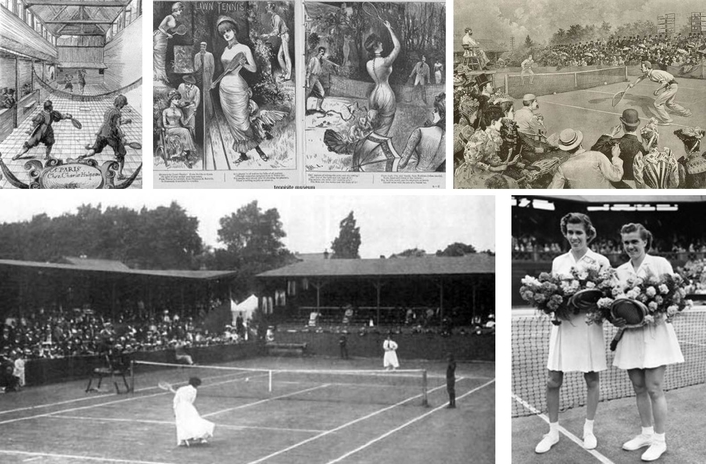 The Basics
Tennis is a fast and dynamic sport needing strength and quick reactions. Matches can last for hours, so players also need incredible stamina – mental and physical. Doubles players must be in perfect harmony and communicate well, working together as a team.

Players have to hit a ball over the net into their opponents’ half. The object is to score points by playing the ball so that it cannot be returned over the net within the boundary lines.

Matches consist of sets, which are decided by the first to six games and must be won by at least two clear games (eg: 6-3, 7-5). At six games all, in all but the final set, players contest a tie-break, which decides the winner of the set. 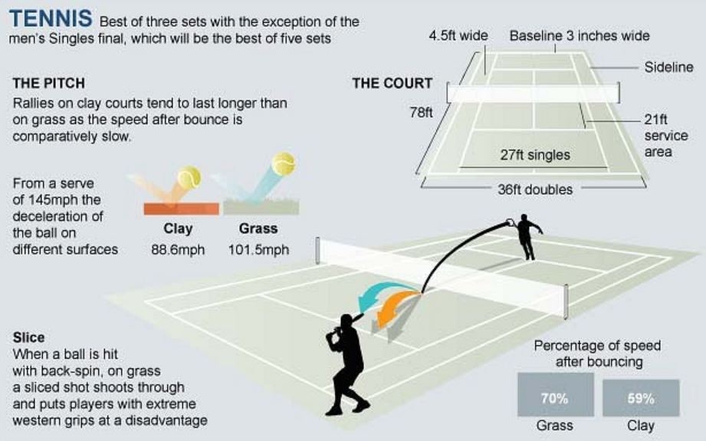 All matches are the best-of-three sets with the exception of the men’s Singles final, which is the best of five sets.  The tie-break will operate in every set except the fifth set in the men’s Singles final and the third set in the other matches (except Mixed Doubles) when an advantage set shall be played. In the Mixed Doubles the third set shall be played as a match tie-break (10 points).

The Format
The tournament is a knockout format, with the winners of the semi-finals in each event going head-to-head on Centre Court for the gold medals. There are 16 seeded players in each Singles event, eight seeded teams in the men’s and women’s Doubles, and four seeded teams in the Mixed Doubles. Seedings are determined by world rankings.

An umpire is in charge of the match, ensuring that the rules of the game are observed and calling out the score after each point. He/she is assisted by line umpires, who keep an eye on whether the ball lands in or out of the court. 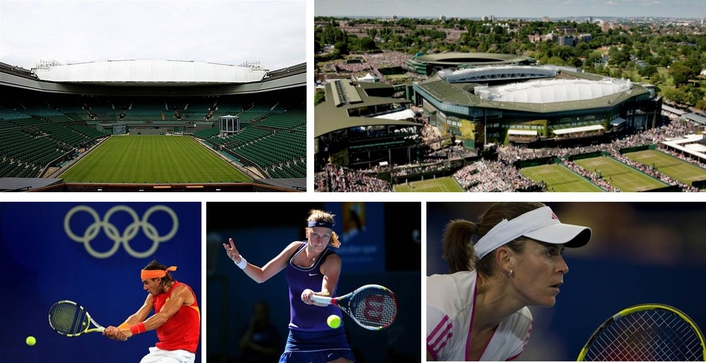