The Live Production of the Winter X Games® 2010

TriCaster has arrived at the Winter X Games
NewTek TriCaster™ TCXD300 portable live production systems and 3PLAY™ HD/SD slow motion replay systems provided live venue video and instant replay at the ESPN Winter X Games in Aspen, Colorado. Two TriCaster/3PLAY live production teams replaced and expanded the capabilities that were previously provided by a TV truck at an unprecedented cost. NewTek HD portable live production system was then used in Tignes, France for the first edition of the Winter X-games in Europe, bringing the fans closer to the action.

The freestyle event of the year

Launched in Rhode Island in 1995, the X Games brings together the best of alternative practices, such as skateboard, mountain bike or rollerblade in summer, and snowboard, slopestyle or snowmobile in winter, for top-level competitions. The Winter X Games is a competition compiled of the greatest winter action sport athletes from around the world. Each year, thousands of fans gather around the event spots and hundreds of thousands of viewers follow their favourite athletes live all over the world. This winter, and for the very first time, Winter X Games were organized outside the United State. The first edition of the Winter X Games Europe, held in Tignes, France, included eight different competitions, including Ski and Snowboard SuperPipe and Slopestyle as well as a Snowmobile demonstration.

Fans of extreme winter sports making the trek to Aspen, Colorado for the ESPN Winter X Games, could enjoy an in-venue video experience powered, for the first time, by two NewTek TriCaster integrated switcher and production units. “Instead of having a production truck”, says Philip Nelson, SVP, strategic development, for NewTek, “they used a TriCaster, our 3 PLAY replay system, and Live Text for character generation”. 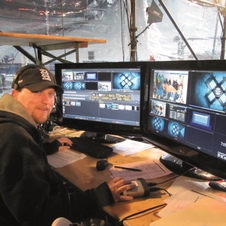 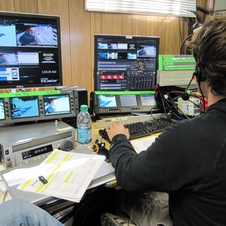 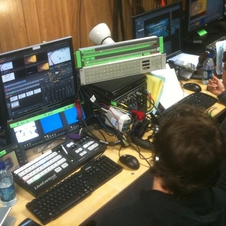 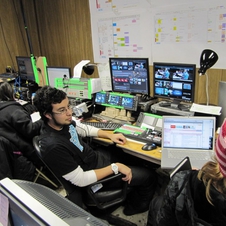 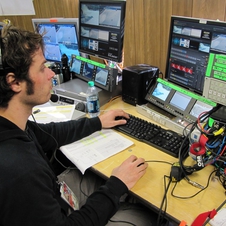 Three people worked on each TriCaster, with two units serving video out to video boards at three venues. The system included the two TriCaster, two 3PLAY systems, the Live Text character generator, and an SDI router. The TriCaster’s three inputs handled three incoming sources: one from the SDI router; one from an ENG camera used to interview athletes after a run or for other unique content; and the third from the 3PLAY system. The TriCaster integrated iVGA scan converter was also used to deliver social-networking content to the scoreboards, converting it from PC-friendly resolution to scoreboard-friendly resolution.

Bringing the audience closer to the action

“Winter X Games is the world’s premier action sports event and our fans expect us to push the limit not only in sports but in the fan experience,” said Kate Nelligan, live event programming producer, ESPN X Games. “NewTek TriCaster and 3PLAY allow us to produce more live exclusive content for each venue, bringing the fans even closer to the action,” and Philip Nelson continued, ““NewTek TriCaster TCXD300 and 3PLAY give venue and event management the ability to provide audiences with HD live venue video and instant replay coverage of the highest quality, without incurring the expense and resources needed for traditional live TV trucks. At the same time, the production maintains the quality that spectators expect from large events hosted by broadcasters like ESPN.” 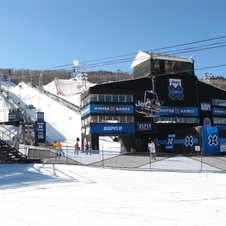 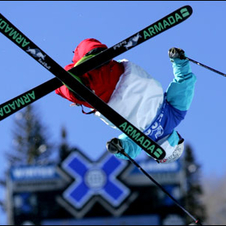 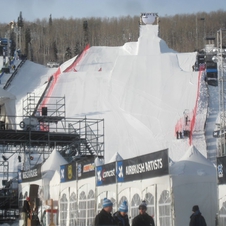 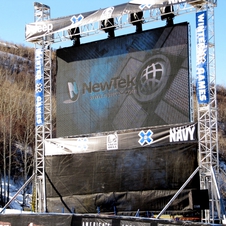 On the spot, the audience cannot fully visualize the performances of the athletes as they ride down the slopes or half pipes. Therefore in the control tower, the TriCaster team directed the show on the screens, allowing the fans to get closer to the action.

“On the heels of the Vancouver Winter Olympics, we anticipate highly skilled competitions as we unite our world-class X Games organization with Canal+ Events, France’s leading pay TV broadcaster, and the local expertise of Tignes for the first Winter X Games Europe”, said Kate Nellingan. “With NewTek TriCaster, we can create exclusive live content, delivering the ultimate experience to fans attending this premier event”. 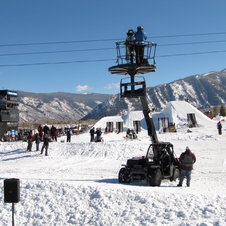 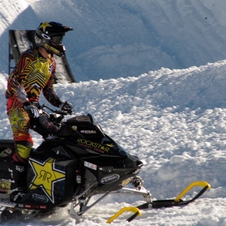 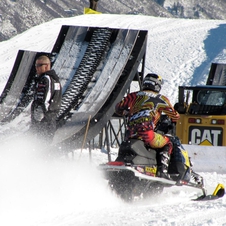 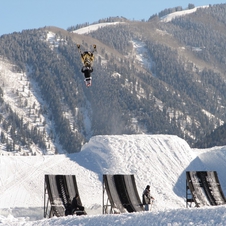 “Using NewTek’s TriCaster TCXD300, Winter X Games Europe can deliver HD live venue video, maintaining the network-quality coverage that audiences expect from world sports leaders like ESPN,” said Philip Nelson. “They can achieve this with just one portable live production unit, instead of having to incur the expense and space needed for multiple pieces of equipment.”

With TriCaster TCXD300, ESPN and Canal+ Events could simultaneously produce, live stream, broadcast and project HD and SD network-style productions. A small team or even a single operator can create sophisticated productions while switching between multiple cameras, virtual inputs and live virtual sets, while automatically inserting clips, titles and motion graphics with multichannel effects. In addition to Winter X Games Europe, TriCaster is used by sports organizations, broadcasters, schools, houses of worship, government agencies and others to provide a new level of extended programming and content to their audiences.

The Setup at Tignes