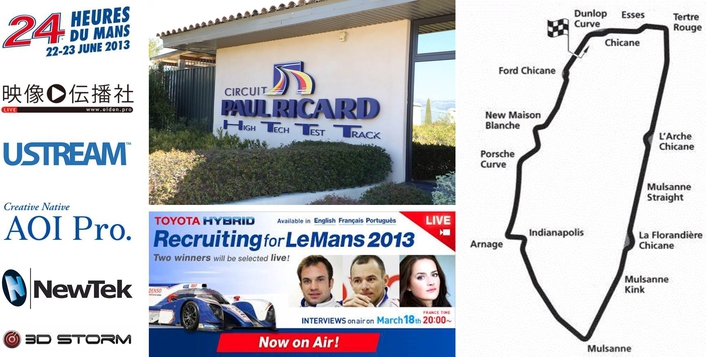 .
What production and sport have in common are the people. The heart of sport are the fans, the heart of production is the audience. Today's sport live production goes beyond sport by itself, and focuses on what is most important for both industries: the audience.

"Recruiting For Le Mans 2013"
Toyota Racing launched its Hybrid Technology in 2012, first mounted on a prototype of the 24 Hours of Le Mans. Since then, they have set a stone in the history of motorsports and succeeded to show that the hybrid technology has a place in high-end racing. This year, Toyota Racing took the second place on the podium of the 24 Hours of Le Mans 2013, challenging the historic winner of the most coveted title in the world of car racing. 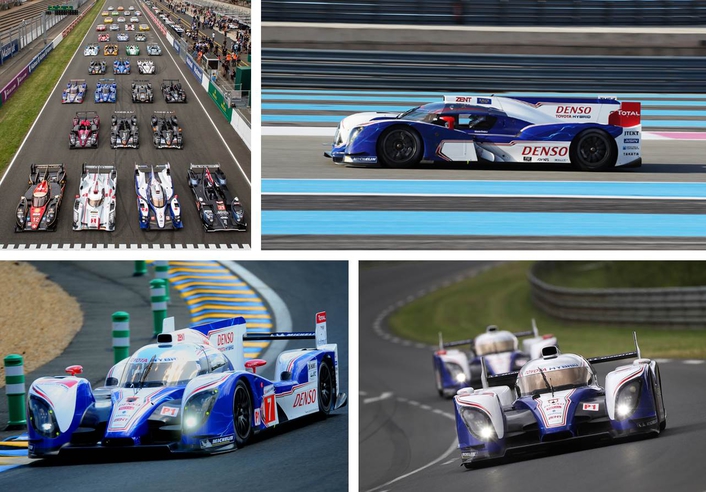 To challenge for victory at Le Mans 2013, Toyota organized a social event, to recruit official supporters among their fan base. Two positions were offered for enthusiastic candidates who were in charge of motivating the team and keeping Toyota fan base active on social media during Le Mans 2013.

Besides promoting the hybrid technology for motorsports, with this event Toyota wanted to gather all Toyota fans together and show the amazing interaction the brand has with them via social media, like Facebook and Twitter.

"Recruiting for Le Mans 2013" live event was held on March 18th 2013 from the circuit Paul Ricard, in France and streamed live via Ustream. This social event granted two happy fans, active on social medias and eager to communicate on Toyota Racing on social networks during 24 hours of Le Mans 2013.

"Easy Set-up for Creative Output"
When gathering thousands of fans from all around the world, which tool can provide all the creative abilities and all the technical capabilities to give the clients what he asked for.

The production workflow included a TriCaster 8000, 3 cameras to shoot the interview of Toyota Racing drivers, a studio monitor and most importantly, 5 PC were directly connected to the TriCaster.

Fans got connected to the event from all around the world via Google Hangout, to be selected as official supporters of Toyota Racing for Le Mans. To manage all the flows from Google Hangout, five laptops were needed to switch between the hangouts and were linked to the TriCaster through iVGA. "We wanted to create an output that would replicate the exact same look of Google Hangout, that's why we connected five PC. We also needed to switch between hangouts", says Riki Sakai, creative coordinator at AOI Pro. Inc.

For this worldwide campaign, they mainly used three functions. To create the Google Hangout effect, they used the re-enter function of the M/E Buses. With this incredible asset available on TriCaster 8000, they could make the output look like what they wanted and don't limit their creativity. Generally this effect is only possible with big switchers.

They also used the instant Live Streaming function, as well as the multi-channel recording function, to record all the video feeds with the IsoCorder Technology and have footages available for later use. The live chat and all the interviews of Toyota Racing drivers could be edited and posted later on the dedicated website.

Rise to Challenges
The production company, a Japanese company called AOI Pro. Inc., produces lots of TV commercials, corporate videos and works on various web projects. With Toyota project, they entered the process of expanding their field of expertise with live productions. They called out Takashi Iwasawa from Battanation as technical director and Masatoshi Konishi from Eiden Inc. as TriCaster operator.

They are all very found of the instant factor of TriCaster and wish that there would be some kind of a TriCaster App available to show the client what TriCaster can do when they pitch their project.

"It is amazing what TriCaster can do, it is amazing that technology developed that far", and Takashi Iwasawa to add, "We are able to share what is happening with everyone by switching between various video footage and stream them live. Compressing those live recorded footage later in editing will even enhance its value as an archive. Such remix of time and space can be done readily and intuitively with a TriCaster."

The instant factor provided by TriCaster is not only important for the TriCaster operator, or to show clients what is happening during live production, but for people who don't really know how production or video switchers work, TriCaster is very easy to understand and easy to use.

"All is on the screen you just have to look at it".
Thanks to TriCaster, AOI Pro. Inc. answered Toyota's needs and created an exclusive social event around sport, gathering thousands of viewers around their client, without compromising on the quality and on their creativity. 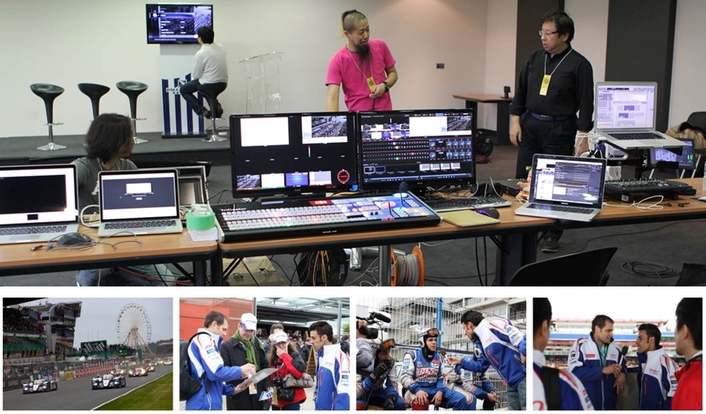 Takashi Iwasawa, concludes "I will use TriCaster as freely as a Ninja, instantly finishing editing like a Karate master." and adds seriously, " TriCaster has so much potential that it made me think of doing more complicated things than before, I am loving to deal with that challenge! Thanks TriCaster!"