.
EPC required a system that could be built and tested within three weeks of the initial contract agreement, ready for use at the Vodafone Rally de Portugal, with editors and producers fully trained in this time. The ability to integrate GoPro files was also a key consideration for EPC when selecting a system as a lot of footage comes directly from GoPro cameras fitted in the rally cars themselves. And finally, the system had to have easy handling of HD material and quick time-to-air as EPC would be shooting the season’s programming entirely in HD with a very short turnaround time between rally heats. Quantel’s Enterprise sQ fast-turnaround production system was selected as the winning tender, successfully meeting EPC’s key criteria.

World leading distributor
EPC, a subsidiary of the European Broadcast Union (EBU), is based in Grand-Saconnex, Switzerland. EPC is the production arm of EBU, the premier distributor of sports and news content for many of the world’s leading broadcast and media platforms. EBU produces over 20,000 hours of live sports programming every year, including the FIFA World Cup, UEFA Champion’s League, the Tour de France and the IOC Olympic Games, as well as highlights and distribution packages for many others. With the EBU’s ability to reach over 650 million viewers in over 70 countries through some of the world’s top channels, it was vital that EPC chose a broadcast production system that could deliver outstanding results. Franck Choquard, Director of EPC says, “We had a very tight schedule in the build-up to our first rally in Portugal. We had to select a system, build it to our specifications and finally train our editors on the brand new equipment all within three weeks of the initial agreement. Quantel were able to provide a system we could rely on 24 hours a day, seven days a week and one that all 36 members of the team had access to and could be trained to use quickly.

Our turnaround time between rally heats is only a few hours so it was vital that we chose a system that could keep up with the speed and intensity we require. We chose Quantel Enterprise sQ because of its easy handling of HD, its straightforward file-based workflows and its very quick installation speed. Our editors can be trained within hours of getting their hands on the system, a real time-saver in such a short timeframe.” 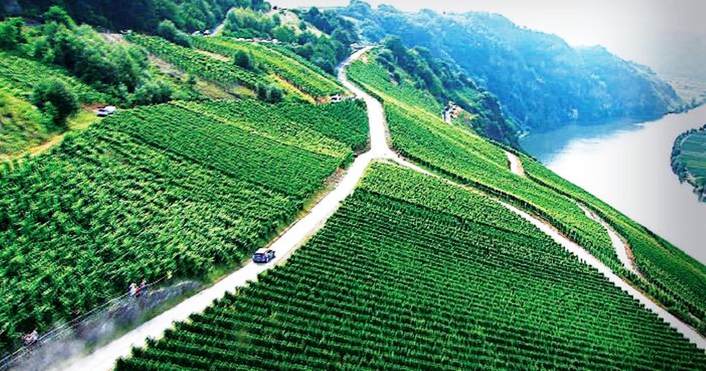 Fast-turnaround
The crew put together six ten-minute news feeds during each rally showing the day’s highlights and three 26 minute daily highlights programs per rally (one shown at the end of each competition day), all full productions with music, commentary and effects. At the end of the rally a longer 52 minute program is produced, again fully edited with music, commentary and effects.
“We record about 150 hours of footage per rally, usually ten hours per stage, with a turnaround time of a couple of hours, depending on the stages per day and the scheduled broadcast slots,” says EPC Editor Joshua Preiswerk. “It can get very busy and stressful at these times but the Quantel system handles it with ease. We take all of the recordings and segment the different feeds into individual WRC driver clips, cutting away the large chunks of ‘nothing’ in-between. It’s then down to the producers to decide which of the clips are the most important and tell the best story. We can then cut it down and have a finished highlights package within the hour.”

GoPro Integration
The Quantel Enterprise sQ system is designed around EPC’s unique requirements. A big issue for EPC was to ensure that GoPro files could be ingested and edited easily and quickly within the system.

Using Quantel’s Essence Driver technology, EPC can soft-mount the GoPro files directly into the sQ Edit timeline without spending time importing hours of single long files, which is inevitably what is delivered from the unattended in-car cameras. Footage from the main production cameras is ingested via sQ Load applications. Additional footage from Canon 5D and 7D cameras and Cineflex shots from the EPC helicopter are ingested using a transcoding farm. “The Quantel system is built especially for our use of GoPro cameras which are located in dangerous places on the track and inside the rally cars,” adds Preiswerk. “Now that we can soft-mount the GoPro files on the sQ system we have access to hundreds of hours of footage from the GoPros without wasting time importing the vast quantity of empty footage. It truly is a fast-turnaround workflow.”

Quick to build and train
The system is delivered, set up and tested at each rally within two days. EPC Producer Paul King says, “We have used the system for rallies in Portugal, Argentina, Greece, New Zealand, Finland, Germany and now France and it has been consistently high-performing. Our technicians can build the system in a couple of days and then test it, ready for five days of editing, then pack it up and send it off to the next rally so easily. It’s such a user-friendly system; all of our editors are very happy using it and have produced some excellent high quality work. 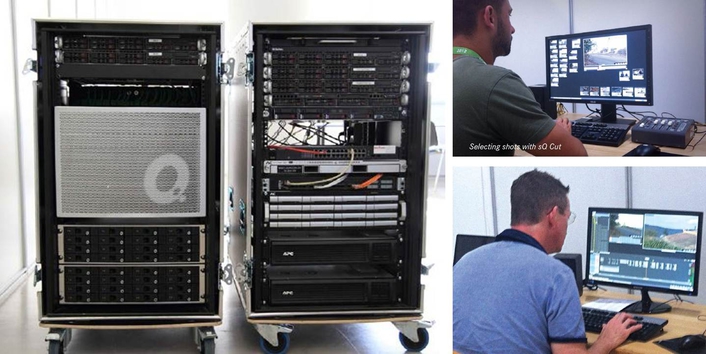 “The Quantel sQ Cut application we have here is very useful; we can select the shots we need with very little training or guidance,” King adds. “This then leaves the editors more time to edit rather than go through choosing shots with us! Outside broadcasters can come to us and pick which parts of the recordings they would like with the touch of just three buttons. Even if they are not trained on Quantel, the simplicity of sQ Cut allows them to shot-select very quickly.”

Fast and efficient
“Quantel Enterprise sQ is very effective,” says EPC Editor Andrew Wassal. “It is fantastic at HD; unlike others the system doesn’t lag at all at HD. It’s quick, efficient and I can always publish on time. It has only taken me a day to learn the system and I am already putting together highlights packages for the afternoon broadcast. Of course no system is without its faults, especially when we are the first to try out this way of working with Enterprise sQ, however the system has been fantastic and any minor discrepancies have been dealt with instantly.”

Worldwide distribution
The completed programs have a wide distribution to some of the world’s largest broadcasters. The German rally was picked up by M6 France, Eurosport France, Fox Sports, TV Madrid, S4C and SESTV, plus many more.

EPC also provides the online video services for the WRC website which has had a 15% increase in visitors this year compared with the last. With over 50 million page views since the beginning of 2012, it is one of the world’s most popular motorsport sites.

Trustworthy
“I trust the system completely,” adds Preiswerk. “It’s an effective and solid system and I can always publish on time, vital in such a high pressure situation. Training on the system took me less than a day, and I was up to speed editing our longest news clip!”

“Our initial requirements for a production system would have been a challenge for any provider. Quantel took what we needed on board and designed a unique sQ system to cater for our demands. We needed a system built delivering fantastic results in three weeks and Quantel certainly delivered. What we have done with Quantel at the World Rally Championship is fantastic,” concludes Choquard.

Quantel Enterprise sQ will be used for the remainder of the WRC season in Italy and Spain.

... at a glance
EPC, a subsidiary of the EBU, is the premier distributor of sports and news content for many of the world’s leading broadcast and media platforms.
EPC selected a Quantel Enterprise sQ system for highlights packages for the 2012 World Rally Championship.
Reasons: GoPro integration, easy HD handling, fast training and a very fast set up.
The system was built and tested within three weeks. Editors were trained in one day.
150 hours of footage per rally goes through the Enterprise sQ system for highlights packages distributed globally.
“We needed a system built and delivering fantastic results in just three weeks. Quantel certainly delivered.”