The state of the Art in Opera House Communications 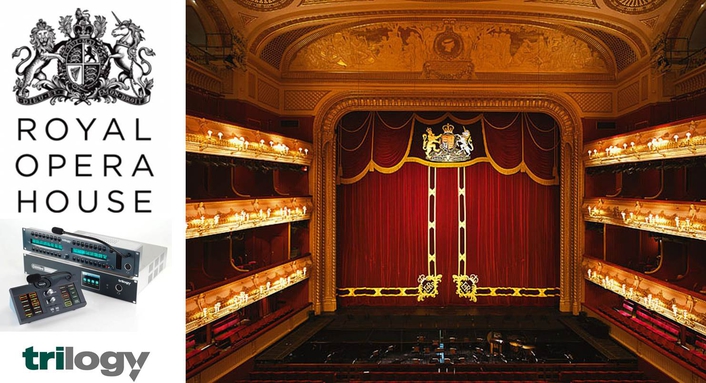 .
The Royal Opera House, in London’s Covent Garden, is one of the great theatres in every sense of the word. It is home to both the Royal Opera and Royal Ballet companies, and stages major productions in repertoire virtually year round. Because of the flexibility of its stage and facilities, a typical day in the ROH might see an opera company rehearsal during the day, with that set moved out and replaced for a ballet that evening, or even two different opera performances in the same day.

It is also a great theatre because of its size, seating 2256 people in its auditorium. The stage area is big enough for the largest opera and ballet performances, with storage areas nearby to hold sets for rapid movement in and out. The heart of the theatre dates from 1858 and, although the building was dramatically modernised in the 1990s, the Victorian splendour of the house is both one of its great virtues and a significant challenge in implementing change.

Opera, in particular, has very specific requirements for communication, which are more complex than the typical theatre. While a normal theatre can operate with a simple ring intercom, the sheer amount of instructions and messages in a major opera production would be distracting for most users.

There are also different requirements in rehearsal and performance. During rehearsals a production desk is set up in the auditorium – either in the stalls or a balcony, to suit the preferences of the director – which needs communications with specific staff backstage.

Intercom
The technical staff at the ROH had built an addressable intercom system to meet their operational requirements, but by the end of 2011 this had become life-expired. With sophisticated matrix intercoms based on IP technology becoming widely available, the company looked to the market to see what was available. 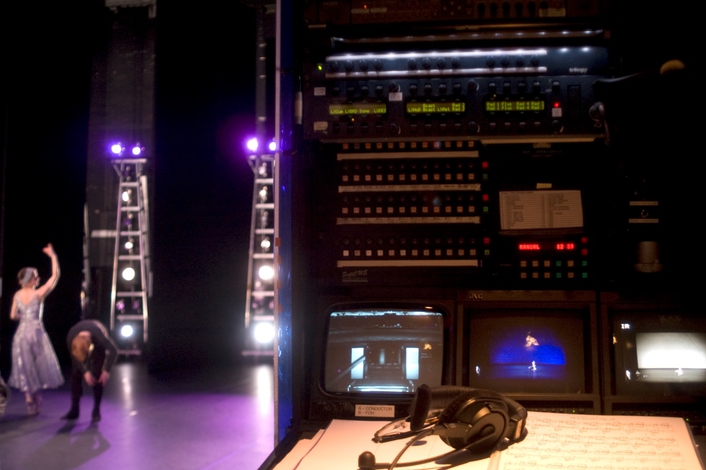 Having talked to the leading vendors, the choice was made: Gemini from Trilogy. This is a modern, IP-controlled system which uses voice over IP for secure, clear and addressable communications. Originally developed for broadcast applications, it became clear that Trilogy’s engineering team would be keen to extend its functionality to meet this specific application.

“This is an old building, and a very big building,” said Steven Zissler, sound and broadcast manager at the Royal Opera House. “It is much bigger than any television studio. We also did not want to re-cable for the new intercom, so it was important that whatever we chose could work with our existing infrastructure.”

The old intercom system had worked on multicore cables and 19-pin Amphenol connectors, so the first challenge for the Trilogy team was to establish if these cables could carry audio, DC power and IP simultaneously without problems, and if there were likely to be limitations on length of cable run. Apart from the cost of new cable, with the theatre only shutting down for two weeks in mid-summer the time to pull it in would have made the project impractical.

One of the interesting operational abilities of the Royal Opera House is that the blanking at the sides of the stage can be moved forward and back as well as in and out, meaning that even the stage manager’s desk in prompt corner is capable of being moved. The implication is that fixed cables are impractical, and so the intercom cables for all stage communications go up to the top of the flys, six levels above the stage, then drop down as required. To cope with this additional cable length, power supplies were provided in the flys to insert DC power. 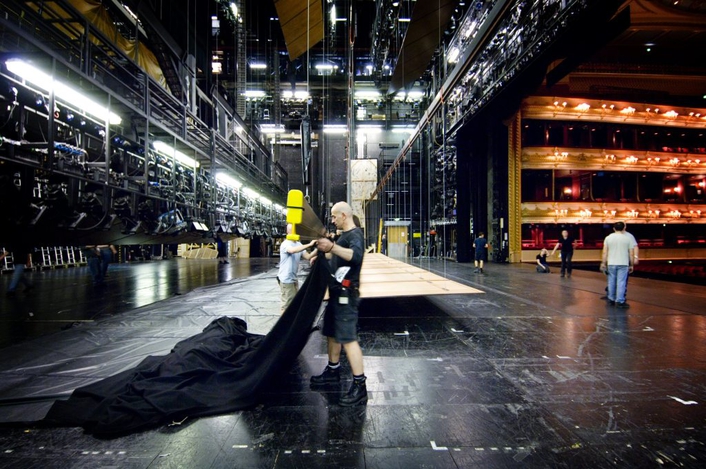 Tests complete, the Trilogy team were able to specify and prepare the three Gemini matrices which would provide the necessary capacity, and to build the bespoke equipment including special IP panels and the required ethernet to Amphenol patching. The special IP panels included a stage manager’s panel for the prompt desk which matched the old one for layout, minimising the learning curve for staff.

Scope
“The stage manager can talk to up to four channels of radio,” explained Zissler. “There may be five or more assistant stage managers on any one production, and they can be anywhere. Also on the intercom will be the lighting board, up to five follow spot operators, and up to five crew in the flys. 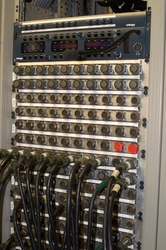 “We also have the ability to put intercom panels anywhere on the stage, because some productions need crew to operate machinery or push moving set elements,” he added. “We have a whole range of mounts for these intercom panels, from bolting them to scaffolding bars to fixing them onto microphone stands.”

Apart from the bespoke IP panels, which have local external power supplies, every other station on the network is powered by DC from the multicore cables. It gives the system additional flexibility.

All the hardware was delivered to the Royal Opera House early in 2012 for testing and training, and was installed in the two-week dark period in August of that year. Since then it has been in constant use every day, across a wide range of opera and ballet performances, without problems beyond users adjusting to the new panels.

“We needed to replace a home-made system – which was customised to precisely our needs – with an off-the-shelf system which could be tailored to deliver the same functionality,” concluded the Royal Opera House’s Steven Zissler. “We had worked with Trilogy before, and on this project they delivered just what we wanted. It provides us with the communications quality that is right for one of the world’s great opera houses.”

A single Gemini matrix accommodates up to 32 ports, each of which can be either a Gemini control panel or a four-wire circuit allowing it to connect to standard intercom products such as headsets or wireless interfaces. Up to eight matrices can be interconnected through IP, allowing users to build 256 x 256 systems, supporting 238 concurrent conversations. 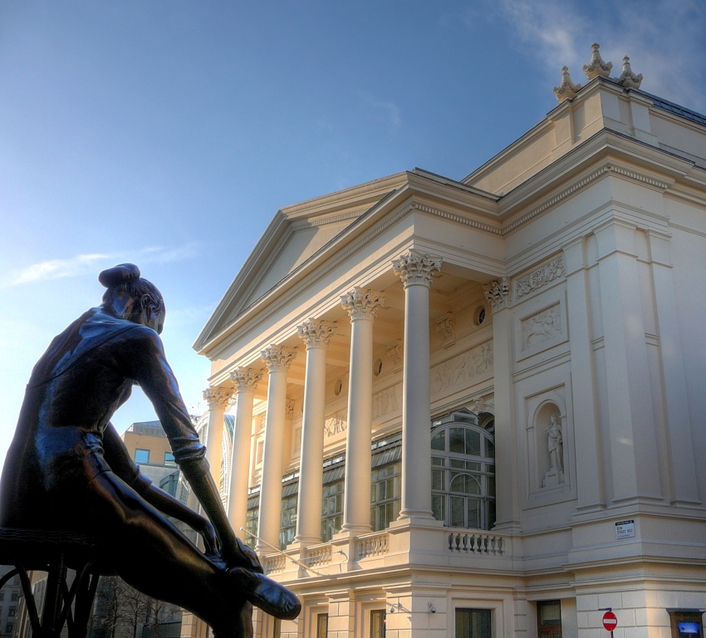 IP connections support high quality sound: 20kHz audio bandwidth from 16-bit 48kHz sampling. The IP audio is multiplexed into a 270Mb/s data stream, so can be carried over a television SDI cable. Baseband audio is also handled at programme quality, ensuring that all messages are clear and comfortable even when the user is in a noisy environment – including on stage in grand opera!

With a wide choice of operator panels, the ability to perform over long distances, a decentralised architecture and high reliability throughout, Gemini is the most flexible intercom system available today.